The only thing that is guaranteed is that we will all die someday. What we are not guaranteed is when or how we will die. What I find fascinating about Santa Muerte and her devotees, is the idea that she will always win in the end. In Medieval Europe, they had a popular phrase, Memento Mori, which translates as “remember that you have to die”. While used predominantly in a Christian context at the time, the phrase is still a powerful one worth meditating on. Death will eventually collect her prize – one of the only absolute truths. Being confronted with our own death and that of others can drastically change how we view the world.

As a society, we do not like to contemplate our own deaths or that of others, but I feel that confronting the fact that we will all someday die is important work. When I say contemplating death, I don’t mean having suicidal thoughts or thinking of harming others. If you’re having either of these thoughts, please reach out for help.

What I mean is that as odd as it may sound at first, confronting and coming to terms with the fact that someday you and everyone you’ve ever known will die can allow you to live better. When you realize how limited your time here is, as well as those that you love, it can drastically shift how you interact with the world itself and allow you to fully engage it.

We are creatures who ignore the fact that our time here is fleeting, and as such, procrastinate on many things. Things that would fill us with regrets if we never accomplished. This is perhaps why ghosts are often explained as having unfinished business that’s preventing them from moving on – a notion that I’m not entirely sure that I believe or not. A notion that is nonetheless poetically powerful.

I lost someone very close to me a few years back during a period when we weren’t talking over something so insanely petty and stupid. This person and I were joined at the hip, there was nowhere she would go alone where they wouldn’t ask where I was and vice versa. We were a pair and everyone just expected to see us together and on some level, I believe soulmates (a term which I don’t identify as being romantic or sexual).

When she died I felt like part of me died. She came to me in dreams for days before her death and then said goodbye to me in the last dream, which turned to be the night that she had taken her life. I never got to tell her how much she meant to me, how much I loved her, and how much I hated our growing apart.

I have made it a point to constantly tell the people I love just how much I love them, why they’re amazing, and why I appreciate them. Some people from the outside may see this as me trying to flatter someone, kiss ass, or manipulate them. That’s not the case in the least. I just refuse to make the same mistake of never letting someone know what they mean to me, how I view them, and the impact that they’ve made in my life ever again.

This isn’t me struggling with loss. This is me sharing a lesson I learned and explaining why I behave a certain way – what death has taught me. I’ve had my experiences with her since her death and she is always the first to come through anytime anyone does mediumship for me (which is rare) without me telling them anything about her or that she even existed. I’m at peace with her passing but I have learned from this mistake. You see, I just assumed that being in our 20’s that we were immortal. A foolish belief that many also assume.

The other major lesson that it taught me was that life is too short to not be authentically you (“warts and all”) and to follow your dreams and passion. It was almost immediately after her passing that I came out as gay to my family. While they all knew on some level, it was a giant game of don’t-ask-don’t-tell, which blocked me from genuinely connecting with them and letting them into my life. It was also during this time that I decided that I wanted to devote myself to my passions: metaphysics, spirituality, and occultism. However, it took many years to actually jump into that, but the decision was made and I asked for the path to be cleared for me, which it was. 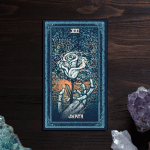 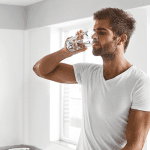