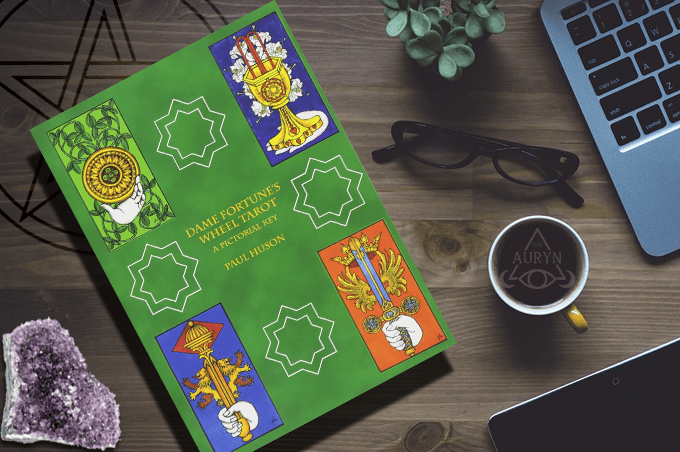 Dame Fotune’s Wheel Tarot: A Pictorial Key is the companion book to Paul Huson’s Dame Fortune’s Wheel Tarot deck. The book is put out through The Witches’ Almanac and consists of 200 full-colored pages. Paul Huson is a master occultist and tarot researcher, and that really shines within the pages of this book. Huson opens by exploring the history of the tarot and provides insights into the fortune-teller Jean-Baptiste Alliette (more commonly known as Etteilla), who had a major influence on the design and interpretation of future tarot decks.

Dame Fotune’s Wheel Tarot: A Pictorial Key, is exactly what it sounds like. The bulk of the book is Huson explaining the meaning, symbolism, and the influences from older decks that inspired his own artwork in his Dame Fortune’s Wheel Tarot deck along-side a fully colored enlarged image of each card. Huson also provides keywords for each card as well as divinatory interpretations for pulling the card upright or upside down.

Dame Fotune’s Wheel Tarot: A Pictorial Key concludes with Huson giving divinatory advice for readings as well as several different tarot spreads that he’s created specifically for Dame Fortune’s Wheel Tarot deck. The book avoids any modern interpretations of the tarot based on the speculations of Mathers, Waite, or Crowley – who all drastically changed the conversation on tarot interpretation and symbolism. Instead, Huson draws on older primary sources to bring forth a tarot that contains the core elements of the original voice and vision of tarot divination, while still being something completely his own.

While Dame Fotune’s Wheel Tarot: A Pictorial Key is obviously meant to be a companion to Dame Fortune’s Wheel Tarot deck, owning the deck isn’t necessary for reading. Just reading through the book you’ll gain fantastic insights on the origins and history of each tarot card, as well as more traditional symbolic interpretations of each. However, if you do have the deck, this book brings such great depth to that deck. I did several test runs with the deck and book – using only Huson’s spreads and sticking solely to the interpretations he uses instead of my own. I’m happy to report that the accuracy of the deck is superior to many others I have come across. 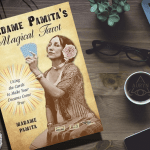 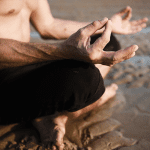 March 10, 2019 Discovering The Power Of Your Home Frequency
Recent Comments
0 | Leave a Comment
Browse Our Archives
Related posts from For Puck's Sake