Jack-O’-Lanterns and the Devil

The Jack-o-Lantern is one of the most prominent symbols of Halloween. Every year around Halloween time people take home pumpkins and begin carving them into Jack-o-Lanterns. While countless people engage in the creation of Jack-o-Lantern, I often find that many are not familiar with where this tradition comes from or the folklore behind it. Right now, I’m writing this article here in Salem, Massachusetts where I have spent the last six Octobers. Salem is considered to be the “Halloween Capital of the World” mostly due to its history and associations with witchcraft. However, Halloween wasn’t originally celebrated by the New England colonies – especially within Salem which was immensely Puritan – a main factor in the Salem Witch Trials hysteria.

Halloween was originally rooted in the Pagan Gaelic celebration of Samhain, a time when the veil between this world and the world of spirits was the thinnest and those who had passed over to the world of spirit were honored and remembered. Samhain was Christianized and adopted in Catholicism as Christianity rose as the predominant religion. Halloween also marked the day that Martin Luther posted his 95 Theses on the door of the Castle Church in Wittenberg, Germany. This lead to the Protestant schism of Catholicism and many Protestant Christians observe Halloween as Reformation Day, commemorating the act that splintered Christianity away from the Catholic Church. When America was being colonized, it was colonized primarily by pilgrims who were Protestants searching for a new land to openly and freely worship outside of Catholicism.

Puritans didn’t celebrate any religious holidays including Halloween, which was a Catholic holiday. In fact, the Puritans didn’t even celebrate Christmas, going so far as to ban Christmas in 1659 with a fine for anyone who observed the holiday. During the 1840s, Halloween re-emerged in the Southern colonies such as Virginia with the influx of Irish immigrants. The potato famine of Ireland brought many Irish Catholic immigrants to these Southern Colonies and with them their customs, including their Halloween customs. One of these Irish customs that they brought with them and that still lives on today was the tradition creating Jack-o-Lantern.

The story revolves around a man named Jack and there are countless variations of this tale. You may notice that Jack is a common name in English folklore, nursery rhymes, and fairy tales. The name Jack essentially just refers to a man in general and even here in America we have expressions and idioms where we can see that such as “Jack of all trades”, “every man Jack”, or even “lumberjack”. In British folklore, Jack is a recurring character who has many confrontations with either the Devil or other mythological creatures such as the Giant in Jack and the Beanstalk. However, there’s only one story that I’ve come across that involves Jack in Irish folklore – most likely coming from English influence upon Ireland. That story is the one of Stingy Jack and the Devil.

The version of the story that I’m most familiar with goes as such; there once was a blacksmith named Jack. Jack was a stingy man and a drunkard and it is because of this he was referred to as Stingy Jack. He had a reputation of being a vile man who manipulated and tricked others and was known for being a smooth-talking liar. The Devil heard about Jack’s reputation and decided to come claim his soul early. Jack was wandering around town drunk out of his mind one night when the Devil came for his soul. Jack, being the cunning bastard that he was, convinced the Devil to allow him to have a last drink at the pub before eternal damnation. The Devil obliged and took him to the pub.

Jack, being a stingy and manipulative man told the Devil he didn’t want to pay for his tab and asked the Devil to turn himself into a coin so that he could pay the tab and they could be on their way to Hell. The Devil agreed and turned himself into a coin to which Jack placed the coin in his pocket which had a crucifix in it. The Devil was tricked and was unable to transform back to his impish form due to the power of the cross. As such, he was stuck in Jack’s pocket. The Devil threw a fit and demanded that he be released immediately. Jack struck a deal that he would free the Devil only under the condition that he would spare Jack’s life and soul for a decade. Having agreed, he released the Devil who went on his way, angry with defeat and desiring Jack’s soul even more now out of anger.

True to his word, ten years passed and Jack found himself once again face-to-face with the Devil. Jack asked if before they went back to Hell if he could eat something one last time so that he could enter Hell with a full belly. The Devil foolishly agreed and climbed a nearby apple tree to pick an apple for Jack. While the Devil was in the tree, Jack quickly placed crucifixes all around the tree, once again trapping the Devil for a second time. The Devil, furious at being outwitted once again by Jack threw a tantrum, demanding his immediate release. Jack told the Devil that he would release him only if he agreed that the Devil would never claim his soul or enter Hell. The Devil, having no other choice, reluctantly agreed and Jack released him once more.

A few years later Jack died from his drinking problem and found himself at the Pearly Gates of Heaven. St. Peter stopped Jack at the gates and told him that because of his sinful life, he would not be admitted into paradise. After being turned away and having nowhere else to go, Jack went to the gates of Hell and begged to be let in, but the Devil being one to always keep his deals (and also not wanting anything to do with Jack anymore) refused him entrance. The Devil informed Jack that he was was doomed to wander the darkness of the Earth for all eternity alone. The Devil feeling a bit of sympathy threw him a piece of coal from the pits of hell to give him a light to see during his wandering. Jack, having nothing to carry the coal in, carved a turnip and placed the coal within it to be his lantern.

Jack’s reputation of being nastier and trickier than the Devil himself quickly spread among the other demons, devils, and imps and they knew to keep away from him and his turnip lantern. The light from the lantern served as a warning to them and they would turn in fear of the man who could out-trick even the king of demons, and thus Jack was doomed to wander the darkness of the Earth alone, without even another darker spirit to keep him company, just as the Devil had said.

The idea behind the Jack-o-Lantern was to emulate Jack’s Lantern to keep mischievous spirits away at the time when the veil was thinnest and all types of spirits both malevolent and benevolent roamed around freely. The idea was that the mischievous spirits would keep away fearing that the light might be Stingy Jack himself. This evolved into carving terrifying faces in the turnips in hopes to scare the spirits away even more. The original Jack-O-Lanterns weren’t originally pumpkins but rather were carved from turnips, rutabagas, and potatoes. When the Irish came to the United States, this practice evolved into using pumpkins, which were not only bigger than turnips, but easier to hollow out and carve. Not only is the Jack-o-Lantern apotropaic, but it’s a reminder to be conscious of not leaving behind a reputation of being a vile person, one that could follow us as a curse into eternity. 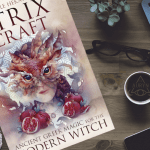