New Books on Catholics and the American Civil War 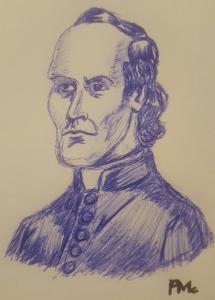 As readers might guess, I’ve long been interested in the intersection between Catholic history and American history. When I was a History major at Fordham in the Bronx, I took a great course on the war with Dr. Paul Cimbala, for which I wrote a paper on Catholic chaplains. That was the spring of 1988, and almost nothing was written on the subject. Even books on American Catholic history passed it over, so I despaired of ever finding anything.

Things, however, have changed a great deal as the new year begins.  I think it started in 2010 with my friend Jim Schmidt’s book Notre Dame and the Civil War: Marching Onward Toward Victory. Jim looked at the university, founded in 1842 by the Holy Cross Fathers, and its contribution to the Northern war effort: by students who fought for both sides, clergy who served as chaplains, and the women religious who served as nurses. It’s a great read, and I highly recommend it.

In 2015, Fordham University Press published Dr. William B. Kurtz’s  book, the first scholarly and comprehensive of Catholics and the war: Excommunicated from the Union: How the Civil War Created a Separate Catholic America. While Catholics hoped their work for the war effort might lessen the anti-Catholicism that dominated the antebellum years, Dr. Kurtz argues that religious hostility actually did not abate. Dr. Randall Miller, a Civil War historian at St. Joseph’s University in Philadelphia, calls it writes: “simply the best study of Catholics in/and the war and the way the war affected the place and perception of Catholics in the Union.” A much needed work.

In April 2019, the University of Notre Dame Press will release Irish-American journalist D.P. Conyngham’s hitherto unpublished manuscript Soldiers of the Cross: The Heroism of Catholic Chaplains and Sisters in the American Civil War. Edited by Dr. Kurtz and Fr.  David Endres of the U.S. Catholic Historian, this book promises to be a major contribution to the growing historiography on Catholics and the Civil War. A comprehensive account, I for one can’t wait to read it.

(*The above drawing by Pat McNamara is of Father William Corby, C.S.C., who served with the Union’s Irish Brigade during the American Civil War. He went on to serve as President of the University of Notre Dame, and has a residence named after him on campus.) 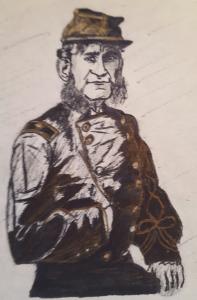