How I decided not to drink anymore

Every Lent for the past five years, I’ve given up alcohol. Usually part of the celebration of Easter involves having a glass of red wine at 12:01 am or a mimosa at lunch after church. But not this year. On Tuesday morning, March 16th, after I got home from dropping the kids off at school, God invited me to stop drinking. I emailed a friend right away because I didn’t want to back out. Now I’m writing a blog post to make it completely official.

One of the main reasons I would stay off alcohol for Lent each year was so I could tell myself I wasn’t an alcoholic. I tried to avoid drinking too many nights in a row for the same reason. Two or three nights was okay, but four would mean I had a problem so I would deliberately abstain at least a couple of nights a week. I generally kept myself to a limit of two drinks a night, but because we have Olivia Pope size wine glasses, it was sometimes the equivalent of four normal glasses of wine.

Part of what I’ve realized is that I mostly haven’t enjoyed drinking. The one context in which I’ll miss it is having a bottle of Chianti while at a romantic dinner with my wife. But in almost every other circumstance, alcohol has been strictly medicine for writer’s block and social anxiety. Somehow I allowed myself to believe that I had to get tipsy to be functional at parties or to stop pressing the backspace key on my computer. I shudder to think of how many things I wrote on this blog when I was tipsy or even drunk.

Lent this year has been really rough. Usually it’s a very peaceful, mellow time when I get away from social media and the pressure to come up with viral blog posts. But this has been a season of facing my demons. The main catalyst of my disquiet is my book. I’m so terrified that it’s going to be a flop after being the definitive life goal of the past seven years. My anxiety has gotten bad enough that I’m back on meds and doing weekly therapy.

Three things in particular happened this Lent that primed the pump for my decision not to drink again. The first was seeing my wife reading a book called Codependent No More. It made me say gosh, if she’s codependent, that must mean I’m… dependent. And it’s true. I’m very good at saying I can’t and allowing my wife to take responsibility for all the adulting that happens in our house. Even though I’m 38 years old, too often I throw up my hands and decide that I’m a helpless child. I’m sick of being that way and I’m sick of hating myself for being that way.

The second thing was I read in Thich Nhat Hanh’s Living Christ, Living Buddha that complete abstinence from alcohol is one of the basic five precepts of Buddhism. These precepts aren’t just for the Buddhist monks and nuns; they’re expected of all lay practitioners as well. I wonder how many pseudo-Buddhist yoga-loving hippies know anything about the precepts. Buddhism wouldn’t be so trendy if its fifth precept got more publicity. I was completely shocked when I read it and honestly quite a bit indignant.

The third thing that happened was something I read that morning of March 16th. Every Tuesday morning at the obscenely early time of 7:15 am, I meet with a group of men from my church at the Morning Call coffee and beignet shop in City Park to read books aloud together. It usually takes half a year to read one book. Our latest book is The Spirituality of Imperfection, which was heavily influenced by the 12 step movement. Two weeks ago, we were in a section where it was talking about the difference between magic and miracles. Magic is trying to force supernatural things to happen, while miracles are when we allow the supernatural to remain mysterious. It specifically said that alcoholics treat liquor like a magic potion for creating a temporary euphoria in their lives.

So I had all of this in my mind that morning two Tuesdays ago when the voice said, You really don’t have to drink. It was abrupt and discontinuous with my stream of consciousness. I don’t know how, but I knew it was God. I can’t explain how lovely and gentle the voice was. I wasn’t being scolded or shamed. It wasn’t the imposing demand of a ruthless drill sergeant. It was a barely whispered invitation to a better life. When I started to argue, I found that I couldn’t, because something told me the voice would just back away and leave me alone if I rebuked it too hard. I just wanted to sit in my car, holding onto that lovely, gentle presence for the rest of the day.

I don’t know about you, but I live a very spiritually fragmented existence. I’m an agnostic at least half of the time. But I’ve had a few moments when God clearly touched me. It usually happens on my fasting days Monday and Friday. Those moments are more wonderful than anything else I’ve experienced. They are heaven to me. I usually stay in an afterglow for the rest of the day or sometimes even a few days. But most of the time, I live in a state of terrified anxiety completely disconnected from my memories of divine connection. I have to flip back in my journals and look at the words I wrote to remember that God really was real to me at a moment in the past.

The main reason I’m not going to drink again is because I can’t bear the thought of deciding that God really didn’t speak to me and that wonderful moment in my car was all just an invention of my psyche. The truth and beauty of that moment compels me to live as one who has been invited into deeper communion with God. I’ve always hated the word obedience, but I guess that’s what this is. It just doesn’t feel like a huge onerous burden. It feels more like I’m letting go of a huge burden.

Surrender feels like a better word than decision, except that surrender has the connotation of defeat and exhaustion. It didn’t feel like a big supernatural bully had finally pinned me to the mat and forced me to give up fighting. It felt more like getting a hug and choosing to hug back. It felt like eschewing a cheap and tacky form of magic for the sake of a beautiful mystery I had been invited to enter.

I went to an AA meeting last week and I didn’t say anything because everyone said, “I’m so-and-so and I’m an alcoholic” before they spoke. All the stories I read in the AA Big Book seemed like people whose lives were way more out of control than mine ever was. I never drank on the job. I never drank in the morning. I never went over the limits I set for myself especially when I had to drive. And yet these objections feel like distracting obfuscations that Satan is stirring up in my mind. The bottom line is I don’t want to drink again and I suspect I will need other peoples’ solidarity to make it.

The main thing is I want to learn how to stop hating myself. I’ve always defined myself as the pastor you can have a beer with, the pastor you could say the F word to, the pastor who’s a mess so it’s okay if you’re a mess too. I’m dissatisfied with that self-definition now. I don’t want to stop being a vulnerable, humble pastor, but I want to stop using my “authenticity” as an excuse not to become a responsible adult. The people I’ve met who have worked through the twelve steps seem to be as irreverent, laid-back, and messy as I want to be, but without the self-hatred, shame, and fear.

So I find myself in a strange place right now. I’m about to release a book that I wrote to be the answer to everything that’s wrong with American Christianity today. I still stand by much of it (I think), except that I don’t really feel qualified to know much of anything. Whatever happens with the book, my immediate future is going to be a season of listening. I’m going to sit at the feet of some alcoholics and see what they have to teach me. 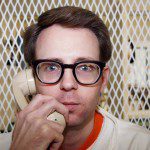 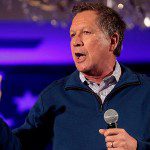 March 30, 2016 What I would have to see from John Kasich to support him
Recent Comments
0 | Leave a Comment
"Don't you know that we are dead to sin? Don't you know that we were ..."
WhereAngelsTread Should we preach to uplift or ..."
"Freud would have a field day with a lot of these evangelicals"
Rainbow Warrior If Shakira’s Tongue Causes Your Eye ..."
"I do wonder if it is more of a "first world-ness" or "american-ness" versus Asian ..."
US_Constitution RIP 1-31-2020 Coronavirus, Saturday Night Live, And White ..."
"No, I'm not clowning you. My planet and my humans don't require the church's consent ..."
The Imperial Cult If Shakira’s Tongue Causes Your Eye ..."
Browse Our Archives
Follow Us!