The Gospel of Paul differs from the “good news” proclaimed by Jesus before his death and resurrection.

What is the Gospel, anyway? Christians talk about the Gospel all the time, but many seem hard-pressed to say what it means. Try asking random Catholics and other Christians what “the Gospel” is. They get tongue-tied. Or instead, they offer theological anachronisms unknown to Jesus and his immediate followers.

By “gospel” I am referring to the “good news” (εὐαγγέλιον) proclaimed by Jesus of Nazareth and his apostles. A gospel is, therefore, a proclamation of something new, something hitherto unheard of. The inspired documents named “Mark,” “Matthew,” “Luke,” and “John” are portraits of updated memories about Jesus that interpret, sometimes in contradictory ways, the Gospel.

The Gospel of the Prepaschal Jesus

Scholars are unanimous that the prepaschal Jesus proclaimed the kingdom of sky vault (anachronistically translated as “heaven”). “Kingdom of sky vault” was a politically correct Israelite expression, meaning theocracy. In other words, the gospel or “good news” of Jesus was a proclamation about a forthcoming Israelite theocracy. Therefore Jesus’ had a political-religious mission, one that was ethnocentrically particular to biblical Israel. Jesus needed to get Israelites ready for this new, divinely established political order by working repentance and healing in the land of Israel.

To this end, Jesus, a peasant artisan turned folk healer, formed a political faction, worked healings, and preached repentance in the land of Israel. Everything Jesus did, including his Gospel message, was all about political religion and political economy.

And who would be the harbinger of this Israelite Theocracy? According to the earliest layers of Gospel traditions, the prepaschal Jesus claimed it would be a celestial entity called “the Son of Man,” featured in documents like 1 Enoch and Daniel 7. This cosmic figure (probably the ram constellation we call “Ares”) was someone the prepaschal Jesus believed to be different than himself (Mark 8:38; 13:26; 14:62; Luke 9:26; 12:8; Matthew 26:64).

By the way, Christians believe that God worked with the Body of Christ in unpacking Mystery hidden within this messiness. We keep unpacking this inexhaustible treasure. So none of this renders illegitimate all later understandings. This is because we Catholics believe God guides the Church.

How Can We Know What the Gospel of Jesus Was?

This then was the Gospel of Jesus before his resurrection (Mark 1:15; Matthew 4:17; Luke 4:43). How do scholars reach reasonable assurance in this?

Finally, given that Jesus was crucified, punishment for generating political unrest, that he would have proclaimed a subversive Gospel of Theocracy is coherent with his execution.

The Gospel of Paul

Later on, following Jesus’ resurrection, Paul also had a “gospel” or a new message for Israel. Perhaps this new proclamation was inconceivable to most Israelites. Paul proclaimed that the God of Israel had raised up the crucified Jesus into the sky vaults. By raising him from the dead, God indicated that Jesus was indeed Israel’s promised Messiah and cosmic Lord. Therefore an Israelite theocracy was imminent.

Like Jesus, Paul disseminated his innovation among Israelites. But unlike Jesus, Paul sought out his clients residing in non-Israelite urban centers. Paul’s goal was to spread his gospel, proclaiming what God did to Jesus. Ultimately, Paul’s gospel was about God raising Jesus from the dead as Israel’s Messiah and cosmic Lord soon to return to inaugurate Israelite Theocracy. It was a message given by an Israelite, to Israelites, about Israelites.

Romans 1:1-6
Paul, a slave [controlled by Jesus, messiah] of Jesus Christ [messiah, Israelite office of political religion, controller of Paul], called to be an apostle [one commissioned as an emissary and change agent sent to diffuse some innovation], set apart for the gospel [=innovation] of [the] God [of Israel, the change agency] which he [the God of Israel] promised beforehand [to Israelites] through his [Israelite] prophets [authorized spokespersons] in the holy scriptures [of Israel—this assumes his audience is familiar with this tradition, i.e. they are Israelites], the gospel [innovation] concerning his Son [the broker mediating between Israel, the client, and God, the patron], who was descended from David according to the flesh and designated Son of God [divine broker] in power according to the Spirit of holiness by his resurrection [a Persian idea adopted by Yehud after 537 BCE—Pharisees = Farsi = Persian] from the dead, Jesus Christ our [Cosmic] Lord, through whom we have received grace [favor] and apostleship [commissioning and authorization to proclaim and disseminate the innovation] to bring about the obedience of faith [loyalty] for the sake of his name [HONOR] among all the nations [that is, for those Israelites living among all the peoples in the Western diaspora], including yourselves [Israelites] who are called to belong to Jesus Christ [messiah]…

Concerning the Gospel of God

Paul knew his gospel as “the Gospel of God” (Romans 1:1). Paul was commissioned by God in an altered state of consciousness experience to proclaim this innovation—hence, “Gospel of God.” God gave Paul this gospel, and God drove Paul into regions where Israelites resided as a minority among non-Israelite majorities (the ethnē).

Paul’s seven authentic letters—1 Thessalonians, Galatians, 1—2 Corinthians, Philippians, Philemon, and Romans—testify to his concerns. They show that everything Paul said and did was about spreading “the gospel of God.”

Other Differences Between Jesus and Paul

Jesus and Paul were both poor Israelites, but different. Jesus was a peasant from a tiny hamlet in Galilee. He lived in a rural society. Scholars discern that Jesus spoke Aramaic, the language of lower-class people. The Semitisms and Aramaisms we find in the Gospels, of the earliest, most authentic Jesus sayings, indicate Jesus’ low status and rural, peasant origins.

Further, Jesus’ syntax, vocabulary, and style reveal Galilean poverty. Most of Jesus’ sentences are less than five words! His entire vocabulary is only 450 words, just ten percent of that of the New Testament. Jesus’ style is never abstract, always concrete.

In contrast, Paul lived in an urban society. Paul also communicated in Greek, the language of the polis, of the upper classes. And despite being dirt poor himself, Paul had been educated in a Greco-Roman polis and could write.

Paul’s syntax is superior to that of Jesus. Paul showcases the optative, the genitive absolute, and various infinitive structures, in his letters. In terms of vocabulary, Paul beats Jesus soundly. He quotes Gentile poets (1 Corinthians 15:32). He refers to “mystery” twenty times, while the so-called “mystic” named “John” omits the term entirely.

Unlike Jesus, Paul goes abstract in dealing with Israelite life and the messiah. Hence, the inspired forger Pseudo-Peter recognizes and cautions readers about abstract thought in Pauline documents (2 Peter 3:16).

But don’t think that makes Paul an elite! All indications from his own letters indicate that Paul toiled like poor urbanites from before dawn till after sundown. Paul depended on others for financial support (2 Corinthians 11:8-9; Philippians 4:10-18), despite the spin “Luke” gives him in “Acts.”

The Gospel of Our Expectations

The word “gospel” is multivalent. Therefore it can have multiple meanings and applications.

We Christians enjoy a 2,000-year theologically refined notion of Gospel. It is the result of unpacking the infinite Mystery of Christ.

But when we see what “gospel” meant at the root of our Tradition, and how it was understood by Paul, the change agent, we grow. The earliest meanings to “gospel” don’t necessarily invalidate our theologies and doctrines, but help us in that necessary business of respecting Jesus, Paul, and their distinct yet related projects. Getting that right helps us better unpack the inexhaustible riches of Christ. 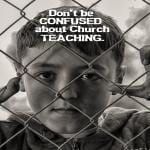 November 3, 2020 Don’t Be Confused About Catholic Teaching
Recent Comments
0 | Leave a Comment
"No"
Ame Apocalypse & 666: What Does this ..."
"That's right. We can never be certain so let's not try. /s"
Raymond Timothy and Titus Are Forgeries, and ..."
"That's right. Context doesnt matter. Knowing anything about the history and background of Scripture just ..."
Raymond Timothy and Titus Are Forgeries, and ..."
"If you have time please take a look at this.Obama lottery 666 you have got ..."
geirsmith Apocalypse & 666: What Does this ..."
Browse Our Archives
Related posts from Messy Inspirations