Authority over demons figures heavily in this Sunday’s Gospel, but what is this really about?

Sometimes I enjoy hearing Christians—especially my fellow Catholics—talk about angels and demons citing some spiritual writer or authority. It always gives me a chuckle. I wonder, “where are these experts getting all this fanciful stuff from?” Books, they answer. But the books they cite are a rehash of Western theological and spiritual ideas only distantly related, if at all, to our Middle Eastern Scriptures.

Not only do I chuckle at pooled ignorance, but I also cry. I weep for parishes endlessly invoking Jesus the healer when so many homeless and mentally ill are shunned and expelled from the so-called “Body of Christ.” And I also rage when 20-something priests lauded as demigods dine on fine china in posh rectories ranting about smelly homeless people who are lazy and entitled.

Instead of our later-developed understanding and nonsense, why don’t we get culturally informed foundations for talking about biblical spirits? Without a grasp of Middle Eastern culture, can you, a Western Bible reader, even know what you are reading about in the Scriptures? Answer: nope.

In this Sunday’s Gospel (Mark 6:7-13), Jesus gathers his political faction (the Twelve). No, he didn’t go out to form a new religion and convert people into it. Instead, Jesus was all about Theocracy (“the kingdom of God”)—that means religion embedded in politics (Mark 1:15; Matthew 4:17; Luke 4:42). The historical Jesus was all about Theocracy, not religious organizations. Even the later interpretations of Jesus found in our Gospels (related but different!) were very political.

Jesus’ immediate circle of followers was likewise very political. After Jesus’ career ended, an Israelite political faction continued to exist, one that had been previously very close to Jesus and his concerns. Indeed this coalition was formed in Jesus’ political concern of Theocracy (Mark 1:16-20; Matthew 4:18-22; Luke 5:1-11). This Sunday’s Gospel (Mark 6:7-13) shows that he successfully brokered authority from the God of Israel for this recruited coalition to assist him in proclaiming the forthcoming Theocracy.

So, Jesus sends out his followers with authority over unclean spirits.

Let’s think about that for a moment. Jesus is a Galilean peasant day laborer turned folk healer and political faction leader. Peasants made up his followers. Anyone from their culture knew that such lowly people don’t have authority even over their fellow human beings, much less demons.

So Western readers, claiming that the world was full of evil spirits would not shock our ancestors in the faith. Everyone back then believed that spirits filled the air around people. No, the astonishing detail in the Gospel is that peasants were somehow given authority over spirits. That’s crazy!

What are spirits in the Bible, anyway? Throughout the ancient Mediterranean cultural world of the Gospels, people everywhere believed in other-than-human persons called “spirits.” They were seen as superhuman (“supernatural” is not a biblical concept) powerful beings. Some spirits were good, others mischievous, and others evil. But all spirits existed in a social hierarchy very much familiar to the circum-Mediterranean. They all were ranked above human beings.

Neither the Israelites of Jesus’ day nor the time of the Evangelists believed like later Christians (325 CE) and Jews (500 CE). In fact, they were not Christians or Jews at all! When talking about Jesus and his followers, any mention of Jews/Jewish, Christians, or Pagans is anachronistic.

First-century Israelites were not even monotheists! Instead, New Testament Israelites were henotheists. At the top of the pile of gods was the greatest God, who, fortunately for Israel, was also patron god to Israel.

Below this ultimate God—in the Israelite tradition, the God of the Scriptures—were other gods. These were the sons of God or the archangels. The greatest of these second-tier beings in ancient Israelite belief was the Son of Man. Many Israelites believed this great sky-servant to be the constellation we call Aries, the cosmic Male-Lamb of God.

Then came the third tier of other-than-human persons. These would be angels (whether constellations or planets or stars), lesser spirits who ruled the lower winds, and the demons.

And beneath and weaker than all of these were lowly humans. Our biblical ancestors considered humans to occupy the fourth tier, with only beasts and plants under them. And among the lowest of fourth-tier beings would be Galilean peasants like Jesus and his (probably teenager) followers.

But “Mark” reports that Jesus changed that. By brokering the Twelve power over ordinarily higher and more powerful beings, the holy man Jesus elevates them at least as high as level three. Now they could expel hostile other-than-human persons called “unclean spirits” by Semites and “demons” by Greek speakers. Jesus also had this ability (Mark 5:2, 8, 15-16).

So what did that make the Twelve? Did he make them exorcists? Did they perform exorcisms? 21st-century believers might describe their activity as exorcism, but not the New Testament.

Israelites like Jesus and the Twelve were like any other ancients in that they saw causality as personal. When something happened, whatever it was, the question was never, “what happened?” but rather “who did that?” This was especially true of significant events in the life of persons and groups. Every significant effect, they believed, got caused by some person, either human or nonhuman.

Whatever effect happened beyond human control—weather, earthquakes, illness, fertility—ancient Mediterraneans believed spirits caused them. Everything in the cosmos happened this way.

Hence, personified forces called “demons” or “unclean spirits” had the power to manipulate human behavior. When people got accused of being possessed, the underlying belief was that a nonhuman person caused superhuman observable effects. When someone’s behavior (external symptom) was socially deviant or when a person was embedded into a network of deviant social relationships, it was not uncommon for fellow Israelites to accuse them of being possessed.

What was the explanation for this deviance? Maybe God was the explanation—prophets different after all. But perhaps it was an evil spirit that is behind this, and that would be dangerous. The Israelite community observing the deviance would be anxious to clarify whether this was a threat. If so, the community would expel and exclude these deviants. This was a fate worse than death for collectivistic personalities.

Part of a political faction with a political agenda, Jesus and his followers healed their fellow Israelites for Theocracy. Jesus’ own alternate states of consciousness made it easy for his first followers to recognize him as a holy man, what anthropologists today would call a shaman. Through Jesus, God empowered other shamanic folk healers, the Twelve. The context of their healing activities was political religion, and this threatened the elites in authority. Jesus and the Twelve healed Israelites to restore Israelites and ready them for immanent Theocracy.

They had the authority to expel spirits and heal, restoring meaning both to the sick person and their community. Jesus, therefore, shares this authority with his coalition (Mark 6:7). In turn, they expel unclean spirits (Mark 6:13). 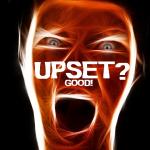 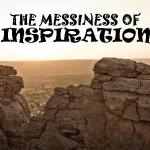 July 10, 2021 Inspiration is Messy Indeed
Recent Comments
0 | Leave a Comment
Browse Our Archives
get the latest updates from
Messy Inspirations
and the Patheos
Catholic
Channel
POPULAR AT PATHEOS Catholic
1