Points of the Triangle: The Victim, the Persecutor, and the Rescuer

Previously-plus-one on Outside the Charmed Circle1, I had some thoughts about Stephen Karpman’s drama triangle as a useful model for certain types of power dynamic in esoteric spiritual communities. Today, I want to dig a little further into how these dynamics manifest in the p-word communities, and how we can work against their tendency to become toxic. In Karpman’s drama triangle, participants choose (or are placed into) one of three roles—the Victim, the Persecutor, and the Rescuer—and are balanced against each other’s emotional needs and foibles. Below, I’ve outlined these three roles, specifically as I’ve seen them unfold within esoteric communities, and suggested some ways in which these dynamics can toxify our communities.

(NB: The following are descriptions of roles within a particular power dynamic, and should not—I repeat, not—be used as a way to invalidate the very real experiences of people within our communities who’ve been victimized by predators. As I’ve discussed on this blog several times before, and as this recent essay by Sarah Anne Lawless rightly points out, our communities have a serious problem with abuse and predation. Attempting to use this material to further harm survivors of abuse is a total dick move, and will brand you as complete and utter trash. Don’t be that guy.)

As the name suggests, the Victim is the actor in the drama triangle who is the object of victimization, oppression, persecution. The Victim is defined at the most basic level by their powerlessness, their inability to act to save themselves from the predations of the Persecutor. Any agency the Victim has will be outsourced, either to the person in the role of the Rescuer or, less obviously, to the Persecutor. (They’re sometimes known as “professional victims,” to distinguish the role being played in the drama triangle from survivors of abuse and oppression.)

What does this look like? In esoteric communities, look for the person who comes across as deeply sensitive, troubled, and wounded, someone who is constantly a target for persecution and attack. Perhaps they’re under magical or psychic attack, or maybe they have a history of being persecuted by others in the community. I don’t mean someone who’s been the target of abuse; I mean someone with a history of serial persecution from multiple persons or groups, all of whom have had some sort of power over the Victim, against which they were defenseless. The Victim may come across as highly gifted in some ways, especially in areas having to do with empathy or insight, but as helpless or incapable in other ways, especially where practical or emotional self-care are concerned.

What do they get out of it? Somewhat counter to expectations, the Victim can be the most powerful position of the three roles. Unlike the Rescuer or the Persecutor, the Victim can act without accountability and exercise power under the guise of powerlessness. Their need to see themselves as powerless and in need of rescue is satisfied only when they encounter someone to fill the roles of Persecutor and Rescuer.

Why is this toxic? In order to validate their perceived status, Victims will look for people to cast as Persecutors and Rescuers. This can involve manipulation of others to fill those roles, or it can simply mean acting out their own role in a way that draws people who’ve already assumed their identity as Persecutors or Rescuers. Once the triangle is complete, the drama can begin.

The Persecutor has one job and one job only: to be the bad guy. They’re fundamentally defined by their position as the keeper and embodiment of the Victim’s fears, and their behavior towards the Victim—oppressive and controlling, violent and angry, critical and condescending—is what justifies the Victim’s status as a Victim.

Why is this toxic? For habitual Persecutors, esoteric communities are kind of a perfect hunting ground: they’re a self-segregating body of people with rules and norms which isolate them from the mainstream of society, many of whom already feel victimized and persecuted. Persecutors can manipulate and amplify this sense of isolation and victimization and feed off it. For people pushed into the Persecutor role, this can easily breed resentment and anger, which both validates the Persecutor label and, for some, causes the Persecutor to become a Victim themselves, and the cycle is renewed.

Sometimes known as the Hero or the White Knight, the Rescuer is the one responsible for saving, caretaking, and interceding on behalf of the Victim, and are set in opposition to the Persecutor. They are defined by their self-abnegation—their focus on the needs of the Victim—and on their responsibility to hold the Victim’s power to save themselves.

What does this look like? The Rescuer is that friend or acquaintance who drops everything to help someone in their life, especially if it helps distract them from their own life issues. They’re the overworked, exhausted priestess whose door is always open, the chivalrous lodge brother who’s always ready to defend a sister in need, the person who always seems to be a bit at loose ends unless they’re riding to the rescue.

What do they get out of it? Part of the Rescuer’s motivation is validation; by fulfilling their role, they affirm that they’re a good person, a person with value. Over and beyond that, though, the Rescuer is wrapped in denial. In working to help the Victim with their problems, the Rescuer can justify their avoidance of their own problems.

Why is this toxic? This can be a tempting role for people who want to feel powerful, valued, and needed, and who also want to see themselves as heroic or “good.” Esoteric communities are highly attractive to such people, so we see a lot of Rescuers in our midst. If they aren’t already attached to a Victim, Rescuers will either look for a Victim in need of rescuing or, even worse, find someone to cast as a Victim against their will. (This last dynamic is referred to on the Internet as “white knighting,” the act of rushing to the defense of someone who doesn’t need or want to be defended. It’s not a good look.)

We’ll talk about how to manage this dynamic and break out of the drama triangle that next time… which I fully intend to be sooner than a month from now.

Until then, dear ones, take care of yourselves, okay? ♥ 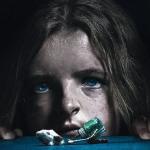 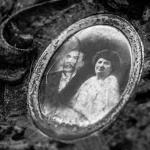 October 26, 2018 Pruning Your Roots, or, Coping with Samhain When Your Ancestors Suck
Recent Comments
2 Comments | Leave a Comment
Browse Our Archives
Related posts from Outside the Charmed Circle

Herbal Magick: Conjuring Comfrey
Comfrey is a delightful plant that can do many things both spiritual...
view all Pagan blogs
What Are Your Thoughts?leave a comment

2 responses to “Points of the Triangle: The Victim, the Persecutor, and the Rescuer”