So Why *Are* Boomers Like That? October 23, 2019 Jennifer Woodruff Tait 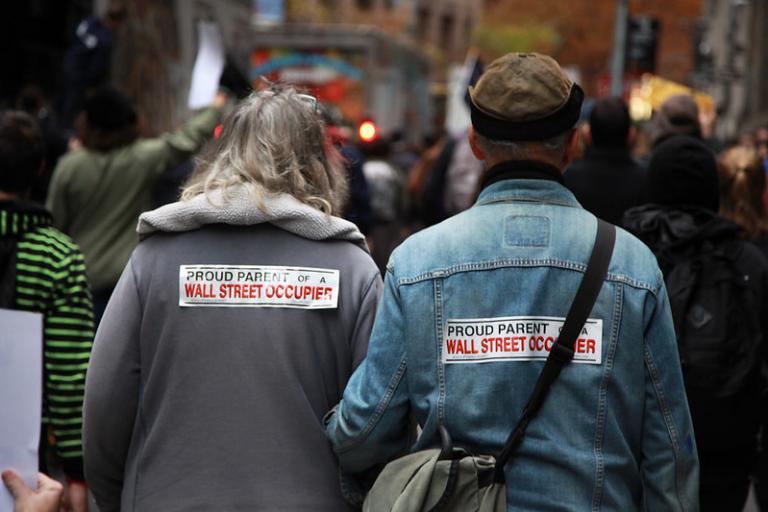 Recently I joined several tag groups on Facebook (if you don’t know what tag groups are, this will clue you in). I could brag to you all day about the Midwestern tag group where we unironically discuss corn, state fairs, and Culver’s, or the sign groups where we laugh at funny signs, or the secondhand finds group where we prove that one person’s trash is definitely another person’s treasure.

Somehow, though, I also ended up in one of the many groups dedicated to poking fun at boomers – or at least questioning things about society that are widely accepted by boomers. The vast majority of other group members are millennials (who incidentally are not “kids these days” – “kids these days” are my kids; the youngest possible millennial was born in 1996).

I personally am Gen X and my parents were from the Silent Generation as these things are usually determined, but that doesn’t mean that I was completely unaware of these cultural trends. For example, other group members frequently pointed out how much boomer humor depends on cruelty: between spouses, between parents and children, between races, between generations, and even between unrelated people on the street. (Here’s another pretty good summary in an image from Reddit.)

This was something I’d previously observed, but never thought to question. I suddenly realized how strange the prevalent “I’m going to make fun of my ugly wife” greeting cards of my childhood must seem to a generation who had simply accepted from the get-go that men and women were equal partners in marriage. (I mean, my husband and I are, and my parents were, but it seemed much more countercultural at the time than I think it seems to people born 15-20 years younger than me.)

All of this put me in mind of a series of sci-fi books I started and never finished almost a decade ago: the “Emberverse” series by S. M. Stirling. The basic premise of the books is that in 1998 a “Change” happens which causes pretty much all industrial and post-industrial technology to cease functioning. People have to figure out how to put society back together, and they kind of do, although all sorts of complications ensue (including a history professor setting himself up as Sauron’s do-over – really.)

There were a lot of reasons why I stopped reading the series – my own life’s pressures, a growing discomfort with the excessive Society of Creative Anachronism military-history aspect, and a feeling that the story wasn’t moving forward when I got to The Tears of the Sun, which is where I stopped and which seems to consist almost entirely of lengthy romantic conversations between people interspersed between scenes of other people sewing and plotting (OK, that also describes a lot of Jane Austen, but she’s a much better writer.)

But one, I realized later, is that the story shifted as the books went on to focus more on the children of the original characters – born after the Change, settling into a world that is in many ways as magical as it is technological. That had the potential to be an interesting story, but it wasn’t the story I wanted to read. I was fascinated by the people who were born before the Change, who remembered Melissa Etheridge and the Olympics (trust me, this actually comes up), who had to build a new world after everything they thought they assumed turned out to be almost totally useless.  Out of all the possible lines that could stick with me from eight books, the one that has stuck the most is a line where the young heroine, daughter of Sauron the history professor, takes a plate of food that “her mother called faculty fodder for some obscure pre-Change reason.”  I almost shouted at the page that I knew why it was called faculty fodder. I was there.

And that’s often the way I feel straddling the line between the world generations younger than me expect – which I believe is indubitably better, based as it is on a presumption of mutual respect and care between people who differ from each other – and being the only person in the room who remembers having to look things up in the encyclopedia and dial a rotary phone. Those aren’t (as much boomer humor would have it) morally superior things, but they are things. I was there before the Change. I can tell you what it was like. I can speak to both the good and bad aspects of not immediately having access to the entire world in my back pocket. I feel more and more like C. S. Lewis when he said he was a dinosaur.

I’m not sure what all this means, except that I think it means we ought to be kinder to each other, and that I have both something to learn and something to teach. And that I am growing older faster than I thought I was.

Image: Coco Curranski at Flickr under a Creative Commons License

September 12, 2019
Buying My Way to the Front of the Queue
Next Post

December 19, 2019 Merry Advent
Recent Comments
0 | Leave a Comment
Browse Our Archives
get the latest from
MISSION:WORK
Sign up for our newsletter
POPULAR AT PATHEOS Faith and Work
1