For churches that make the difficult decision to welcome and affirm LGBT congregants, there’s a kind of “coming out” process that is no less traumatic for the institution than it is for an individual. The church faces rejection from some of the very people who once called it family; it often finds itself emotionally isolated and financially unsupported; it endures accusations of godlessness and warped theology. It becomes the outcast. And like LGBT people themselves, sometimes the burden becomes too heavy, and the affirming church cannot survive. 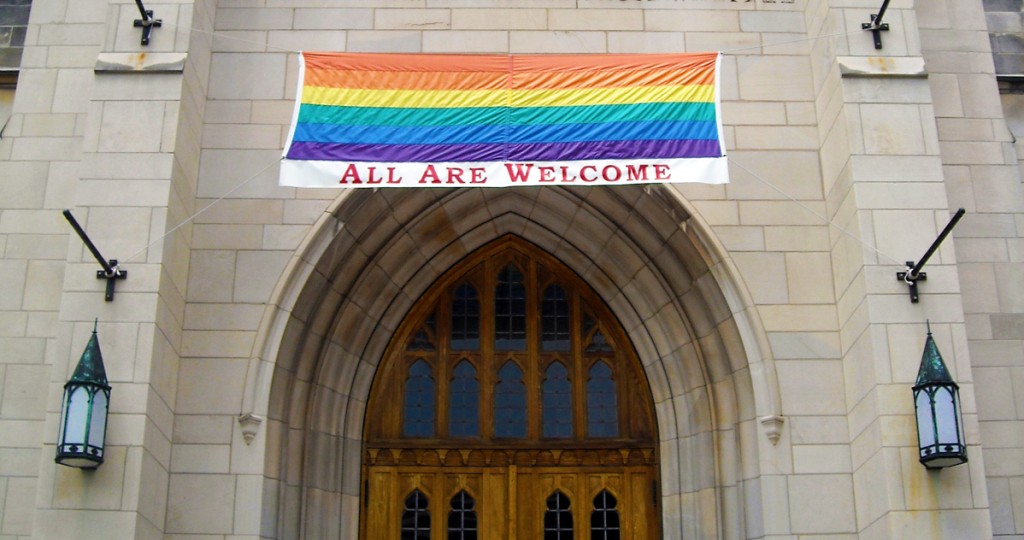 What prompts a church, then, to go out on a limb for the LGBT community? Sometimes it starts with relationships, like with Southern California pastor Danny Cortez, whose church adopted a “third way” approach after numerous gay Christians came to him seeking counsel and guidance. His church was ultimately cut off from the Southern Baptist Convention and struggled to hold together. Other times it starts with a study and understanding of scripture that is different from traditional views, like with Portland pastor Adam Phillips who spoke out publicly about his belief in Biblically sound same-sex marriage. His church was kicked out of the Evangelical Covenant Church and lost its funding. Sometimes, a church changes simply in response to the soft, subtle tugging of Spirit. Whatever the impetus, the motivation boils down to a single attribute: a willingness to audaciously love LGBT Christians.

We had the opportunity to witness this act of audacious love firsthand at the church we began attending last year. Only months after we started attending, church leadership came to a decision on its marriage practices—something that it had been carefully studying for close to a year. They chose to widen the church’s marriage practices to make room for same-sex couples, while still allowing space for disagreement and discourse. The decision cost them dearly. Many members of the congregation were outraged. More than half of the church left, some of them immediately and others in a slow drain over the following year. The church’s income declined in proportion. Families who had been friends for years saw their relationships dissolve over this one decision.

As new attendees who weren’t yet members of the church, we were blissfully unaware of how acrimonious the decision had been. When we heard the whole story months later, we were heartbroken and angry. We’re accustomed to being marginalized and criticized by the church, but this vitriol was now being directed at our friends, at allies who had so little to gain. It seemed cruel and unfair.

Initially we were angry at the people who left the church. We wanted to confront them: What gives you the right to abandon the church the moment you don’t agree with something? We have been disagreeing with the church for years, and yet we have chosen to stay in community. Were we not called to do life together? Were we the only ones who took that covenant seriously? We loved Jesus enough to suffer your disdain. There are gay Christians who spend their entire lives attending non-affirming churches, volunteering and tithing even in the midst of being marginalized and diminished. And in spite of that, they stay in community.

Afterward, we were sad because of the toll it was taking on our church. There were Sundays when so many chairs were empty it nearly brought us to tears. This church deserves better, we thought. And the correlation to empty seats, of course, was empty coffers. Our church leadership is refreshingly transparent with its finances, but updates during that season were painful, like a loved one divulging bad test results from a doctor time and again.

We also felt guilty because our church sacrificed for people like us. Although we had nothing to do with their decision, we have been the beneficiaries of the change, and not just in a theoretical sense: Earlier this year we were the first same-sex couple married by our pastor, with much of our church family in attendance. Our church suffered because it prayerfully made a decision that had no practical impact on the vast majority of its members. But it stuck to that decision because it believed it to be true; it held to the principle that it is better to err in the direction of kindness and love than in the direction of rules and righteousness. Christ, after all, surrounded himself with the most controversial of people, and His price for loving them was high.

Suffering love. Does that sound familiar? Never before have we felt loved by the church in the way Jesus loves us. At our church, we have been cared for with the kind of sacrificial love so many of us claim is the hallmark of the Christian faith. The people who have become our friends over the past year are literally sacrificing to be with us, bringing us “outcasts” into community at the cost of offending friends and losing relationships they care about. Is this not the kind of church Jesus hoped to build? And if it is, why is it so rare?

Now more than a year later, our church is in a much better place. Attendance is slowly growing and finances have stabilized. But more important than numbers or money is the culture of openness and love that this transition has fostered. We are a church that can wrestle with difficult questions and come out stronger. We are not threatened by a diversity of opinions on issues that are not core to the faith. Even in the midst of disagreement, we know God is big enough to hold us together. It has been a painful but valuable lesson learned. The same is true of Cortez’s and Phillips’ respective congregations, New Heart and Christ Church. In these communities, the resurrected body of Christ continues its work.

Do we have any input for churches leaders who are looking at adopting policies that allow room for same-sex relationship? It’s almost certainly going to be a painful transition. There will likely be hurt feelings, damaged relationships, and financial troubles. The only advice we have is the same advice so often given to young, hurting LGBT people: It gets better. Not only does it get better, but you come out stronger, with a capacity to love more audaciously than you ever imagined.

Photo by AgnosticPreachersKid, used with permission through Wikimedia Commons. A version of this post first appeared on Modern Kinship. 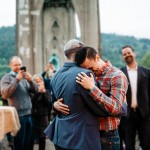 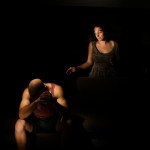 October 29, 2016 A mother to her son: “I’d rather you be dead than gay”
Recent Comments
58 Comments | Leave a Comment
Browse Our Archives
Follow Us!

Five Ways To Be The Church...
Irreverin
Related posts from Modern Kinship