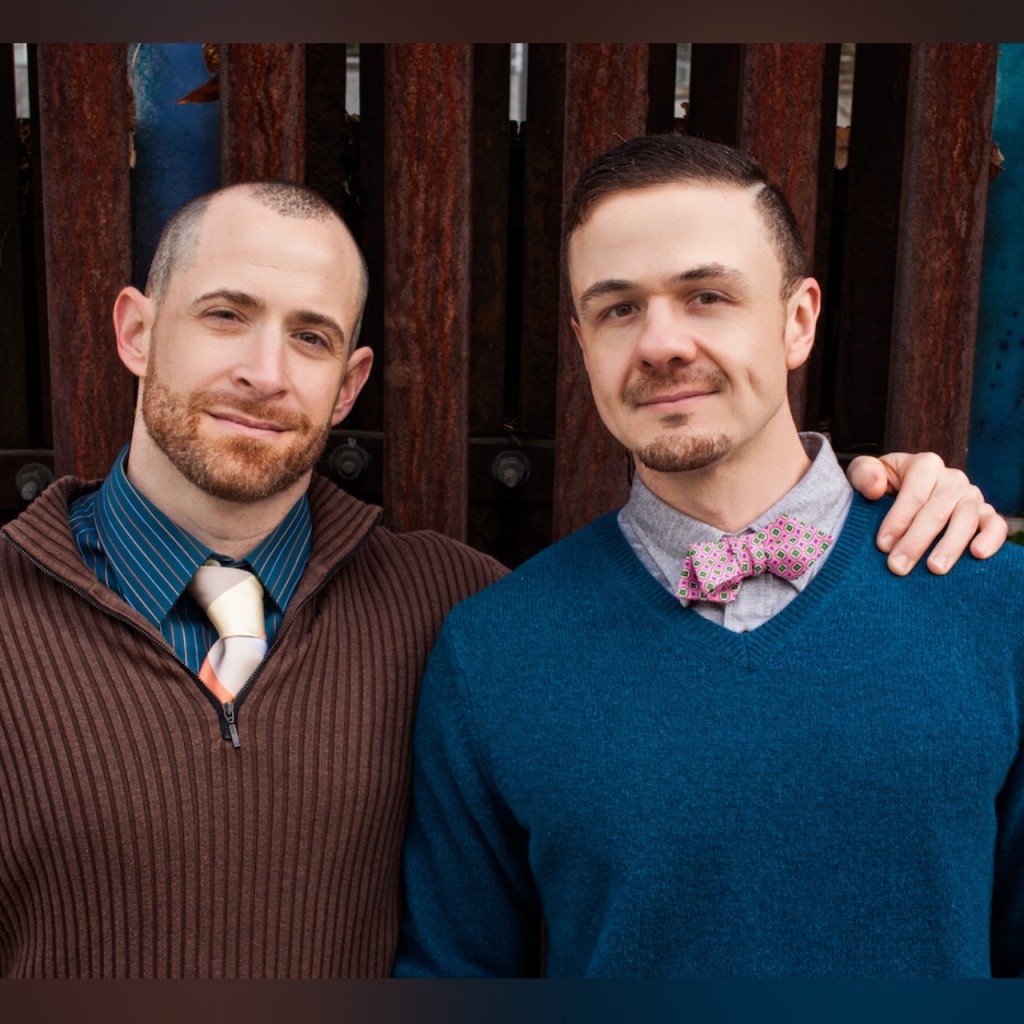 The Khalafs’ shared passion for building bridges between the LGBT community and the church was what first brought them together. Both David and Constantino are writers and journalists, and they decided to begin documenting their own relationship as a resource for other LGBT couples. Their blog, Modern Kinship, is dedicated to exploring the joys and challenges of a Christ-centered marriage as a same-sex couple.

David grew up in a Christian home. After searching for truth during years of reparative therapy, he came to understand God’s love and grace as something even more radical than he had ever imagined. Years more of study, prayer, and discussion softened his heart for relationship. Constantino grew up in a secular household. He became a Christian in his early 30s, having been out as gay for more than a decade. Together, David and Constantino are dedicated to work for reconciliation between the church and the LGBT community by showing the church what a Christ-centered same-sex marriage looks like in practice.