After a series of divisive executive orders from the White House that have left progressives feeling rattled and afraid, many were relieved to hear the president’s announcement that he will, for now, keep in tact federal protections for LGBTQ workers. Don’t be fooled. This bright spot in an otherwise dark week is not a glimmer of hope—it’s a wedge meant to further divide the American people by placating select demographics. 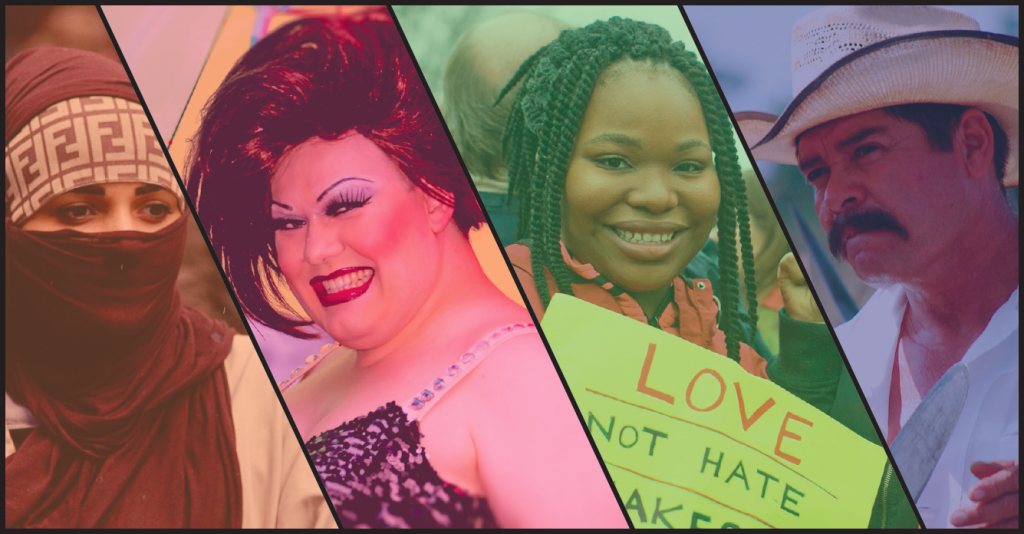 Rumors spread early in the week that President Trump would rescind President Obama’s directive prohibiting discrimination based on sexual orientation and gender identity in the federal workforce and by federal contractors. When Trump himself dispelled the rumor and said he wouldn’t touch the protections for now, it was a comforting reversal of events for the LGBTQ community. Of course, “for now” doesn’t mean forever. For the time being, the declaration is significant because the federal government contracts with 24,000 companies that together employ about 28 million workers. That’s about twenty percent of the U.S. workforce.

Rescinding President Obama’s directive would certainly satisfy the president’s base, especially the religious conservatives who back him. So why would Trump stay his own hand when he has been otherwise so bold? The president and his inner circle have never presented themselves as particularly interested in LGBTQ issues one way or the other. In fact, Milo Yiannopoulos, a senior editor at Breitbart and a fervent supporter of Trump and the alt-right, is unabashedly gay. Issues around LGB protections appear to be a low priority, although many are still pushing for discriminatory laws against trans people. But even if Vice President Mike Pence has a strong anti-LGBTQ agenda, he doesn’t appear to have much sway with the innermost circle that is steering the ship.

We wonder if preserving Obama’s protections has a more nefarious objective. The LGBTQ community has been a source of well-funded, well-organized activism for years. By placating LGBTQ activists, it gives them incentive to sit on the sidelines, to take a breather while the administration goes after Mexicans, Muslims, women, and the environment. But the moment we fail to stand up for others who are hurting is the moment we lose. If your cause is only self-serving, then your cause is you. But if you truly care for others you see suffering and struggling, then your cause transcends self. And it also transcends religion, race, nationality and, yes, party line.

The preservation of LGBTQ protections may not be the only divisive tactic by the administration. Historian Heather Richardson has called the executive order concerning immigration and refugees a “shock event,”  an action meant to cause anger and chaos, and ultimately meant to sow division along partisan lines. The only way to deflect a shock event, she writes, is to refuse to allow it to divide us as Americans. As a critical first step, we must stand up for other populations we see being marginalized—with our voices, our petitions, and our votes. But that’s only the start. We must also engage the communities with which we disagree rather than vilify them. Let us quell our righteous ridicule for pro-Trump constituencies and instead save our discontent for those creating policy.

Those of us who are LGBTQ Christians find ourselves in a unique position to bridge the gap between the most divided sectors of the country. Long before the November election, David wrote about the idea of relational activism, the concept of changing hearts and minds by engaging, with kindness and empathy, those in our own lives who oppose us. This matters now more than ever. Let us not demonize those who disagree with us; that merely plays into the hands of those whose intention it is to divide us. Let us instead attempt to understand the motives behind people’s beliefs, however objectionable we may find them. We can acknowledge the fear for personal safety that prompts people to support outlandish immigration laws. We can recognize the fear of being unable to support one’s family that causes people to rally for insane border walls and destructively lax environmental laws. We can identify the fear of losing what is comfortable and familiar that encourages people to back anti-LGBTQ legislation. The resulting actions may be horrific, but the fears are all too human. They are all, too, human.

Let us never forget we are all made in God’s image. As Christians, we have a responsibility to speak out for the disenfranchised and the persecuted, but it is equally our responsibility to remember the humanity of those we oppose. If we are to look beyond our own interests, it needs to include not only those we agree with, but those we vehemently oppose. We are all Americans. Let us not be divided, or the Divider-in-Chief wins. 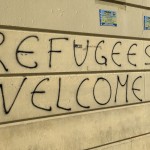 January 27, 2017
What Trump's Orders Mean For LGBTQ Refugees
Next Post 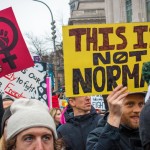 What Does The Bible Say About...
Religion Prof: The Blog of James F. McGrath
Related posts from Modern Kinship