More Than This: Dealing with Trauma & PTSD

More Than This: Dealing with Trauma & PTSD February 26, 2018 Natasha Helfer

Another guest post from “Sandy” — who was willing to give an interview to Mormon Mental Health about her experience of childhood sexual assault in the context of worthiness interviews (protectldschildren.org). She can use this blog as a platform for as many writings as she would like to post. She is a powerful writer and I love sharing her pieces.

At therapy this week I was telling my therapist Susan, about how my anxiety has reared its head in a big way recently. I’ve been waking up first thing every morning, before my alarm, with fairly visceral, nausea-inducing anxiety. Heart pounding. Mind racing. Shaking. It’s bad. In discussing coping skills, one suggestion she made really resonated with me. She said since my brain is still very much wired to seek out the negative, (because it’s watching for danger, in order to defend itself) it’s important for me to deliberately spend more time thinking about, and focusing on what’s working, and what’s good, to remind myself of what my brain knows, but my body doesn’t: that I’m okay.

Possibly this seems obvious? People have been telling me to “focus on the positive” for literally as long as I can remember. This advice has been irksome to rage-inducing to receive for all that time. But when she put it that way, reminding me of what I understand about PTSD, I felt like I finally got it. It’s not just ignoring when shit is upsetting; it’s rewiring my broken nervous system.

I liked Susan’s approach because it wasn’t “smile that frown away” type of stuff. It was definitely more like, “It’s okay to be upset about this understandably upsetting thing. That’s valid. AND you have good things in your life. Things that are working. You need to remember those, too.” As someone with PTSD, where things tend to feel all or nothing, and either/or, the idea that I’m allowed to hold both truths, and that neither invalidates the other, feels profound.

This idea brought up, for me, a suggestion that I received from Natasha several weeks ago, and had filed away. It was during a conversation where I was lamenting that I was SO exhausted because I feel like I spend the majority of my energy on the work I’m doing to heal. I often feel like my entire life is spent trying to MAKE my life about more than just the worst things that have happened to me. More than just my trauma.

And as I’m learning is her tendency when she smells a steaming pile of bullshit, Natasha spoke truth to it. “Your life already is more than just trauma.” She said, and then added “Just saying.” Which of course I had to laugh at. And then, being me, I asked her if she really thought so.

“Yes. I really think so. And I think it’s really important for you to start thinking so.”

There’s an excerpt from a journal entry that I wrote shortly after I had finally recovered the distinct memories of abuse from when I was little:

“I was faced with the reality that my first and oldest memory was one of violence, and abuse. I felt like, if I had ever been destined to be someone…else, someone better, happier, that flame had been expertly snuffed, leaving me with no option but to become the person I am now, who I mostly view as broken, damaged, deficient in most ways. I realized that I had no concept of who I might have been had I been allowed to flourish. And my heart…shattered.”

For me, recognizing and acknowledging the reality of the abuse I experienced, rather than minimizing the damage that was done to me at such a vulnerable stage, has been, and still is a super important part of my healing journey. Allowing myself to grieve that loss is important. I’m not who I would have been. That’s true. The woman I might have been had I not experienced this developmental trauma is a figment of imagination at this point.

AND I’m starting to think that who I *am* might not be an altogether horrible person. I’ve certainly done a lot of work and experienced a great deal of healing since I described myself as broken, damaged and deficient. I’m colorful, and creative. I’m not unintelligent. If you asked my employers, they’d describe me as reliable, motivated and organized. (Seriously, if you’d known me 5 years ago, you’d be as surprised as I am to hear this assessment.) I’m an artist, a caregiver, an avid documentor. I also have a ridiculous number of people that I love and can rely on, who love and rely on me. 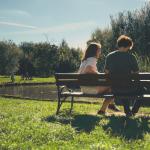 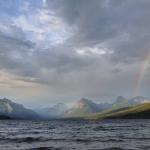 February 27, 2018 How can I Make Church Worship Meaningful to Me?
Recent Comments
0 | Leave a Comment
"Mormonism claims to be the most American of all religions. When it comes to racism ..."
Morm on Do Better
"I was once given a great gift--by the Navy (indirectly, in this case). I was ..."
CalSailor Racism is bigger than hate
"Fine report, Natasha on a wonderful set of meetings. I hope that more meetings can ..."
Mark Matheson Thru Cloud and Sunshine
"So, let me get this straight, you feel that “ecclesiastical leaders should be leading the ..."
GDS Working Towards a Non-Splintered Community
Browse Our Archives
get the latest from
The Mormon Therapist
Sign up for our newsletter
Related posts from The Mormon Therapist