I thought that for Deseret News, this was a well done piece. It’s very comprehensive in nature and it’s addressing an important conversation that is often not spoken of. It’s complicated by the very strong messaging we find in LDS culture regarding the expectations, importance of and social placement status generated by missions. I hope you all take the time to read it. My colleague, friend and MMHA board member, Randy Moss is featured as one of the clinicians offering his opinion.

Reaching out to Dr. Welker she had the following critique in regards to some of the messages within the recent article which I second:

“‘In addition to misunderstanding grace, some missionaries “have a very unrealistic understanding of success,” said Gibson. He worked with missionaries who believed in the “sin model,” a cultural — not doctrinal — belief that a lack of convert baptisms or even feelings of discouragement are due to insufficient prayer, scripture study or faith.’

If missionaries misunderstand grace, it’s because the church’s teachings on it are so rotten. Also, the ‘belief that a lack of convert baptisms or even feelings of discouragement are due to insufficient prayer, scripture study or faith’ might be cultural rather than doctrinal, but official church texts contribute substantially to that belief.

In other words, this is still victim-blaming in some ways; this is still the church failing to acknowledge how its teachings and expectations contribute to missions being so bloody hard.”

Called to serve, not called to suffer: Hope for early returned missionaries

In January 2018 I did a podcast with Randy Moss and Braxton Duxton (both mental health clinicians) on some of the issues we saw with the new missionary questions in regards to mental and spiritual health. 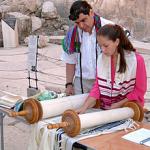 November 14, 2018
Blessing my Daughter at her Bat Mitzvah: Mixed Faith Families
Next Post 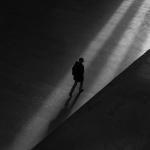 November 16, 2018 Excommunication Continues to be a Prominent Way LDS Church Silences its Own Critics
Recent Comments
0 | Leave a Comment
Browse Our Archives
get the latest from
The Mormon Therapist
Sign up for our newsletter
Related posts from The Mormon Therapist