Taqwa, Not Identity | Finding Meaning and Consistency in Faith

When I was 12, I had an interesting habit: whenever I laid on my bed to sleep every night, I would reflect on my actions during the day and what mistakes I had made. I also made “plans” for the following day. So, when my teacher in school suggested to every student to do the same, it only then occurred to me that not everybody did my “mini review” every night.

As I grew older, I let go of the habit because life seemed to move faster, but I always tried to do a review of some sort intermittently. This acted as a form of self-check on whether I was living true to my values, not making too many mistakes, and actively trying to achieve my goals (especially when it came to Islam).

I understood recently that imaan (faith) is not a steady thing; it ebbs and flows. There are times when you feel so close to Allah and it fills you with so much joy, but there are also times when you are just not feeling your faith and that realization is slowly tearing you apart. It’s at those times that Islam sort of becomes an identity and not a faith, a matter of clannishness and fashion rather than piety.

I understood recently that imaan (faith) is not a steady thing; it ebbs and flows.

I fear that most Muslims have strayed from the purity of Islam and are too focused on integrating Islam with their identity. Muslims are expending much energy worrying about the requirements for the beard and hijab, but not enough energy refining their character and being good to their neighbors, offline and online.

I was recently a part of an orientation camp where I met a Muslim sister. She happened to be the only Muslim sister in the room I was assigned to and I was really excited to get to know her. When it came time for prayer, she told me she doesn’t really pray or fast. I was surprised because she wore a headscarf whenever she went out, which I mentioned. She looked sad and said that she started wearing the hijab when she was feeling pious but that the feeling had vanished. She said she was holding on to her hijab as a last piece of the Muslim she wanted to be. She thought that if she stopped wearing it, she may never be able to find her way back to Allah.

I was deeply touched by what she told me. I resisted the urge to tell her she could start worshiping Allah immediately if she wanted, because I know from experience that faith sometimes isn’t something you can just summon. Taqwa (God-consciousness) especially takes work, like every other thing of value. I told the sister that I wasn’t judging her, and I understood how she felt. I also added that she could come to me if she ever needed help with anything or someone to talk to.

I fear that most Muslims have strayed from the purity of Islam and are too focused on integrating Islam with their identity.

The realization that the Shaytan doesn’t rest is what keeps me on my toes and helps me continue to work hard to win my inner jihad (struggle).

“Then I will come to them from before them and from behind them and on their right and on their left, and You will not find most of them grateful [to You].” (Qur’an 7:17)

Some days are harder than others, but I know I will meet my Lord and I have to continuously prepare for that meeting.

“O mankind, indeed you are toiling toward your Lord with [great] exertion, and will meet Him.” (Qur’an 84:6)

“Whatever you have will end, but what Allah has is lasting. And We will surely give those who were patient their reward according to the best of what they used to do.” (Qur’an 16:96) 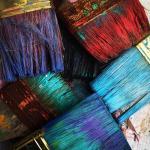 December 25, 2017
What Being an Artist Means to Me as a Muslim — Mostly Muslim
Next Post 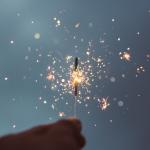 January 1, 2018 How to Accomplish the Ultimate New Year's Resolution
Recent Comments
0 | Leave a Comment
Browse Our Archives
get the latest from
Mostly Muslim
Sign up for our newsletter
POPULAR AT PATHEOS Muslim
1