Why We Should (Finally) Stop Debating Aisha’s Age

Why We Should (Finally) Stop Debating Aisha’s Age February 14, 2018 Iman

There is a difference of opinion on how old Aisha (the youngest wife of Prophet Muhammad, peace be upon him) was when they got married. Some say 9, some say 15, etc. At the risk of being controversial, I want to say that no matter how young or old Aisha was, I have no issue with it. Here’s why.

Most people who have a problem with Aisha’s age (assuming they are not Islamophobes looking for any lousy excuse to attack Islam) feel that way because they are used to being ethnocentric and presentist in their worldview. Even the way we are taught history during our formal education tends to set us up for an ethnocentric and presentist worldview.

As human beings, we tend to think that what we do and believe in, here and now, is the only correct way. I’m guilty of that at times too, which was a big reality check for me during my education in anthropology. But no two cultures are exactly the same, even in 2017. And this was more than 1400 years ago. The social norms were totally different. We need to remember that the time and place that this marriage took place in is not comparable to the 21st century Western world.

In recent years (approximately the past 50-100 years) the age of marriage has generally risen a lot for both men and women. Historically, though, it was always much younger than this. Children grew up knowing that they would get married after puberty (source linked below), and this was normal in their society. It was something they were mentally prepared for, and they were also much more mature due to the conditions they were living in… So, not exactly traumatic or disturbing. Remember, this was the 7th century. The young people had more responsibilities and were treated like young adults. Life was totally different for them than it is for most children in the West today.

Just to bring this into context: 18 is generally considered really young to get married, right? But just 100 years ago, it wasn’t. However, it’s still socially acceptable to an extent, because we have decided that 18 is the magic number for adulthood (even though humans aren’t done developing by that age, physically or mentally). Well back then, puberty was considered to be the age of adulthood. Islamically, this is true as well (for religious obligations such as praying the daily prayers, fasting, wearing hijab, etc.).

As human beings, we tend to think that what we do and believe in, here and now, is the only correct way.

Am I saying that if I had a 9-12 year old child, I would be okay with marrying them off? No way! Even if it was legal yet uncommon, I would never consider it. That’s simply because of the maturity level of kids in our time. They are not ready for the physical or emotional responsibilities of marriage. Additionally, it is not normal in most societies today, so they would not consent to it. In Islam, forced marriage is not allowed under any conditions.

Some might say that Aisha’s young age is why some people in the East marry their daughters off at young ages against their consent. But a person who can marry his daughter to someone without her consent, or by manipulating her, would do so even if he weren’t able to find any kind of religious justification as an excuse for his behavior. These people know that forced marriage is not allowed in Islam, but they don’t care. Even if Aisha were proven to be much older when she were married to the Prophet (pbuh), a person with such a pathetic lack of morals would still abuse his or her child.

One last reminder on why presentism and ethnocentrism are not good ways to judge the past or a different culture: 1400 years from now, and even 100 years from now, we will look backwards as a society to the people who are young at that time, even though we think we have everything figured out right now and are “civilized.”

Someday, people may even think that it’s barbaric that we allow 21-year-olds to drink alcoholic beverages and 18-year-olds to get married to much older adults. After all, scientifically, the brain is not done maturing until at least around age 25. But these are our accepted cultural norms right now, so most people think it’s perfectly alright. We also have social norms, customs, and behaviors in our society that we think are progressive. But a few hundred years from now, we will be seen as strange, old-fashioned, and narrow-minded.

Listening to the Source Herself

Most importantly, we need to take into account what Aisha herself (may Allah be pleased with her) said about her marriage and her relationship with the Prophet (peace be upon him). Aisha was smart, fun, witty, and outspoken. She was not a timid person who would tolerate being wronged in any way. Although there was a significant age difference between Aisha and the Prophet (pbuh), she did not indicate that she felt an imbalance.

Aisha was an intelligent young woman. She narrated over 2,000 hadiths (sayings and traditions of the Prophet, peace be upon him). Many of these were about her relationship with the Prophet (pbuh). The Prophet (pbuh) was loving, caring, romantic, gentle, and playful with her. Even during Ramadan, which is a month of fasting and is all about worshiping God, he kissed Aisha during the fasting hours and was still affectionate with her. He also raced with her for fun (and she beat him!).

The most awe-inspiring thing that Aisha said about the Prophet (pbuh) was that his character was the Qur’an.

Aisha also said that she and the Prophet (pbuh) would share a plate and a cup while eating. He (pbuh) would turn the cup to where Aisha drank from and drink from the same exact spot on purpose.

The Prophet (pbuh) was also unlike many men of that time (and many men today, actually), because he would help out around the house even though it was not expected of him. We know that throughout all of history, women would take care of domestic duties and men would do work outside the home. But the Prophet (pbuh) would also do chores at home instead of leaving it all up to his wife. This is according to Aisha herself.

There was also a lot of ignorance at the time regarding menstruation. Women were thought of as dirty and defective. The Prophet (pbuh) laid with his head in Aisha’s lap while she was menstruating, and he recited the Qur’an out loud in that position. This was not only a romantic gesture, but also an indicator that a menstruating woman is not dirty for even the holiest thing, which is Divine revelation. It was a natural moment during a natural human process.

The most awe-inspiring thing that Aisha said about the Prophet (pbuh) was that his character was the Qur’an. She said this when she was asked to describe his character. She further elaborated by reciting a portion of the Qur’an describing the best of believers. It describes them as humble worshipers of God who don’t engage in worthless speech, and who pay charity and guard their chastity, among other positive qualities. Clearly, Aisha revered the Prophet (pbuh) for his character.

I know that some will not care about how many facts are presented, because their views are already fixed in their biases. But this is how Aisha, the youngest wife of the Prophet (pbuh) felt about him and what their relationship was like. She was clearly happy with her marriage and her husband. Beyond that, it doesn’t really matter what others think or say.

For those with an open mind who genuinely want to learn, I hope this sheds light on just some of the reasons why it doesn’t matter if Aisha was 9, 12, 15, or 19 when she got married. If you’d like to learn more, you can talk to a Muslim scholar at your local mosque. This video is also a good place to learn more about this subject.

Amr Ibn al-As related that he asked the Prophet (pbuh), “Who do you love most, O Messenger of Allah?” He replied, “’Aisha. “Who is it from among men?” Amr asked. He (pbuh) said, “Her father.” [Narrated in Sahih al-Bukhari] 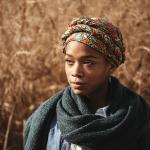 February 9, 2018
Enough Is Enough: On Anti-Black Racism in the Muslim Community
Next Post 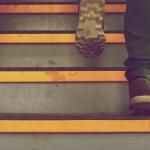 February 18, 2018 What I Learned from Living on My Own for the First Time
Recent Comments
0 | Leave a Comment
Browse Our Archives
get the latest from
Mostly Muslim
Sign up for our newsletter
POPULAR AT PATHEOS Muslim
1