Due to Reasons™, the most scalding hot-button issue of the kulturkampf seems to have moved from gay issues to trans issues. Most Catholics understand transgender issues even more poorly than gay ones—an unenviable accomplishment—so I feel it’s worthwhile to try and do a little mansplaining. 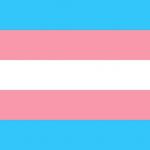 Before I begin, I should make a couple of disclaimers. One is that I submit everything I write to the final judgment of the Catholic Church. I contend, pretty strongly, that the Church has not defined her final judgment about trans identities yet (theological and pastoral statements even by exalted clergy are not the same thing as a dogmatic definition); but if and when she does so, I will accept that.

The other is, I’m writing about this at all because I know some Catholics will listen to a cis person (1) before they’ll listen to a trans person. I am not an expert. I’m an amateur at this stuff, and I urge anybody who’s willing to go to actual trans sources like Natalie Wynn, Daniel Ortberg, Thomas Page McBee, Akwaeke Emezi, or Kim Petras.

Right, so what’s up with this crazy trans stuff anyway? We can start by completely wrecking high school biology.

There are three basic aspects of biological sex: chromosomes, X or Y; gonads, i.e. ovaries or testes; and phenotype, i.e. visible traits, like external genitals and secondary sex characteristics. An egg in the womb always carries an X chromosome, and a sperm cell will carry in either an X or a Y when it fertilizes the egg. Every fetus is female by default, which is why dudes have nipples, but a protein attached to the Y chromosome causes male development. Ordinarily, the chromosomes prompt the gonads to develop into either ovaries or testes, the sex organs which produce hormones like estrogen and testosterone. These hormones in turn form the phenotype.

But things don’t always shake out that way. Chromosomes, gonads, and phenotype can all diverge from each other, for a variety of reasons. Sometimes a sperm cell will carry two chromosomes instead of one, or won’t carry a complete chromosome. Sometimes the sex-determining protein that’s normally attached to a Y chromosome will be traded onto an X, resulting in a person whose chromosomes are XX but who has testes and a male phenotype. Some people are insensitive to androgens (masculinizing hormones), and have XY chromosomes and testes but an entirely female phenotype, including fully developed breasts and a vagina. (2)

The umbrella term for mixtures of female and male sex characteristics, visible or not, is intersex. It’s not clear exactly how common intersexuality is, but it’s thought to be only a little rarer than red hair.

Now, the point here is not ‘Biology is hard, therefore trans identities are valid and/or gender is not even a thing.’ We’ll get to that discussion. The point, rather, is that while a black-and-white dichotomy of male and female does work 99% of the time, there is a 1% of the time that it doesn’t adequately describe a person, even on a strictly physical level. Night and day are real things, but that doesn’t mean that in-between states of dusk and dawn are made up, nor are those periods a philosophical threat to night and day’s existence. 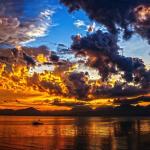 This is all a good reason to be patient and cautious and ready to learn, and not make snap judgments about other people. These questions call for extended theological reflection—and they don’t call for weaponizing Genesis 2 and calling trans people Satanic.

But while we’re on Genesis 2, both that passage and some of the New Testament commentary on it seem to hint at the coinherence of the sexes. Adam is caused by God to give birth to Eve; he is male, yet maternal, as is proper to a being fashioned out of the earth (which is always Mother Earth in myth). Likewise Christ, the Second Adam, gives birth to the Church from his side in John 19, again in ‘sleep.’ The Virgin Birth itself, re-rooting mankind in a sinless Mother of the Second Adam, mirrors the creation narrative, assigning the role given to Adam in Genesis 2 to the woman. And the Scriptural maxims that In the kingdom of heaven they neither marry nor are given in marriage, but are like the angels of heaven, and that In Christ there is neither male nor female, may be intimations that sex itself may be in some way transcended in the new creation.

(1) Some people are under the mistaken impression that cis is an insult, but it’s not. Cis is just the opposite of trans. A cisgender person is someone whose biological sex at birth and gender identity are aligned.

July 22, 2019 Gender Jamboree, Part Two
Recent Comments
14 Comments | Leave a Comment
Browse Our Archives
get the latest from
Mudblood Catholic
Sign up for our newsletter
POPULAR AT PATHEOS Catholic
1