I’ve spent my last few posts outlining some ideas about the basis of trans identities. As I’ve said, I’m no expert, and I encourage people to go to trans sources. But based on what I do know, it seems plausible that trans identities may have a spiritual root, a neurological root, or both. I’d like to turn now to a widespread opinion among Christian culture warriors that I think is without merit, and explain why.

The vague commonplace is that trans identities are a sort of mental disorder infused into people by malicious ideologues, who want to dismantle gender, for the mere pleasure of destruction. Trans identities are, on this view, firmly on the “nurture” side of a nurture-versus-nature debate, and can be cured through therapy and observing conventional gender behaviors.

There are a number of problems with this. The first is, we already did this exact thing with homosexuality, and it very spectacularly didn’t work.

Another problem is that trans people typically spend a considerable chunk of their lives trying to conform to their assigned gender, often for deeply held personal or religious reasons, and it doesn’t make their trans identities go away. What cracks me up, in a bitter sort of way, is the underlying idea that trans people haven’t already thought of, and tried, all the stuff that cisgender people tell them to. Who would want to feel uncomfortable in their own skin? Who wouldn’t do everything they could think of to fix it? And remember, trans people, like gay people, typically spend years in the closet—years between when they articulate even just to themselves what it is they’re feeling, and when they first tell another person. They’ve had time to think. They are, broadly speaking, prepared to stick a fork in it.

If diametrically opposed behavior and ideology cannot prevent a trans identity from forming, why the hell would they be able to fix it? Cases like David Reimer‘s or Christiane Völling‘s (1) differ in important respects from trans experience; but they do suggest that gender identity is an innate and intractable thing, not something that can be eradicated by counseling or surgery. (2) If years of psychological conditioning can’t suppress gender identity … then how can we expect years of psychological conditioning to suppress gender identity?

A third difficulty with the Christian kulturkampf anti-trans view is that transgender identities are not actually new. Many cultures have had social categories for people whose gender didn’t seem to fit neatly into either female or male, for whatever reason. Some persist to this day, like the hijra of India or the fa’afafine of Samoan culture. (3) Far from being thought up by fanatical postmodernists, these are deeply rooted traditional identities that have grown up in cultures which value the family very highly indeed. The language and theories surrounding trans identities in modern America are new, sure; but the thing the language and theories are about is not.

(1) Reimer, due to a botched circumcision, received sex reassignment surgery in infancy and was raised as a girl. Despite years of intensive (and abusive) therapy, he never felt like a girl, and transitioned back to living as a male in his teens. Völling was born intersex and assigned as male, although her only sexual organs were female. Although she grew up as a boy and was apparently comfortable at first, she later transitioned and ultimately won a suit for damages caused by unnecessary surgical intervention.

(2) I’ll allow that our medicine may simply not be advanced enough to effect changes like this. But even if it were, that wouldn’t necessarily make such changes a good thing. The Reimer and Völling cases are particularly dramatic examples of well-meaning medical interventions that went horribly wrong for the patients.

(3) Disclaimer: I don’t understand these categories well. I cite them only as non-Western, pre-modern examples.

August 6, 2019 Chi Ni Wa Odayaka
Recent Comments
13 Comments | Leave a Comment
Browse Our Archives
get the latest from
Mudblood Catholic
Sign up for our newsletter
POPULAR AT PATHEOS Catholic
1 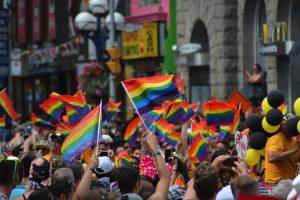