A Muslim Changes His Mind About Halloween

This is a guest post from Hesham Hassaballa, who will soon be joining the Patheos family as a columnist. 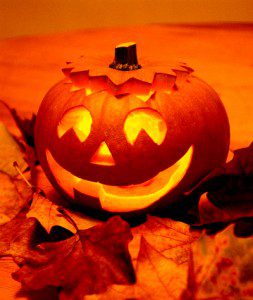 My entire life has been an evolution of belief, opinion and thought. A big part of that has been my religious interpretation. My committment to my Islamic faith has never waivered. Indeed, I did have a crisis of faith during my university years, but my devotion to the Lord has never weakened. But, I have changed considerably over the past decade.

In 2002, I penned a piece for Beliefnet about my belief regarding Halloween. At that time, I wrote – and truly believed – that I should not participate in Halloween because of its origins:

“And this is why I will not send my daughter trick or treating this year or any other year. Halloween honors Celtic and Roman gods. Islam is strictly monotheistic, and anything having to do with the worship of any other god besides the Most Holy One is out of the question…While it’s true that Halloween is not, as I once thought, based on devil worship, it nevertheless mixes Celtic, Roman, and Catholic influences. The Celts, inhabitants of Great Britain and Northern France, celebrated their New Year on Nov. 1, which marked the end of the “season of the sun” and the beginning of the “season of darkness and cold.” On Oct. 31, the cooking fires would be extinguished after all the crops were harvested and stored. The Celtic priests would light new fires and offer sacrifices to the gods.”

Now, I still believe now what I did then – that Islam accepts the cultural traditions of a people so long as those traditions do not contradict the principles of Islam. And yes, festivals that honor other gods beside the Lord our God will not be celebrated by me.

But, I have a confession to make: For the past several years, I have personally gone trick-or-treating with my children and have passed out candy to the kids who come to my door. Now, years ago trick-or-treaters would come to my door, and I would not answer them. I would pretend not to be home in order to “not participate” in Halloween. But I realized that this practice, in trying to be devout to the Lord, was really not very neighborly at all, and it is very important to be neighborly if I am to be godly.

I also really started to think about Halloween itself. It is really is a cultural tradition. Yes, many centuries ago, it was a Celtic/Roman festival. Now, however, it is an annual thing that Americans do to have some fun while wearing costumes and collecting candy. There is nothing religious at all about Halloween. True, I don’t like the gruesomeness that some people put into Halloween, and I would never decorate my house or anything like that. But, I see no harm in having my kids dress up in costumes and going out and get some candy from their neighbors.

Have I flip-flopped? Perhaps I am vulnerable to this criticism. Have I sold out my religion in order to look nice for the neighbors? Some may say that about me, but I don’t want everyone to look at the Muslim house and think, “There is the miserly guy who doesn’t want to give our kids candy.” And, most importantly in the years since I penned that Beliefnet piece, I have aged and have had more children. As my children have grown up as Americans, I have had to really think about what parts of the culture in which they can participate.

For instance, we will not, one day, start celebrating Christmas, even though it can be argued that Christmas has lost all its religiosity as of late. No matter what, Christmas is the celebration of the birth of Christ, believed by Christians to be the Son of God. As a Muslim, I will not participate in this tradition. I have nothing against this holiday and those who celebrate it, but I will not partake in the “fun” aspects of it. The same goes with Easter, Yom Kippur or Rosh Hashana. Again, I have nothing against those holidays and those who celebrate them, but as a Muslim, I will not celebrate them.

But, when it comes to Halloween, it really is not a religious festival at all. And so I see no harm in doing it with my children. I did the same when I was a kid, and nothing bad happened to me. A number of commenters told me to “lighten up” after reading my piece in 2002. With time, aging, reflection and study, indeed I have done just that.

— Hesham Hassaballa is a Chicago-based doctor and writer, the co-author of The Beliefnet Guide to Islam (Doubleday), and his essay, “Why I Love the Ten Commandments,” was published in the award-winning book Taking Back Islam (Rodale). His latest book, Noble Brother, is the story of the Prophet Muhammad told entirely in poetry.

October 16, 2011
Muslim Women Ask if Religion Bars Them from Leadership Roles
Next Post

November 1, 2011 Miracles Do Happen
Recent Comments
0 | Leave a Comment
""
Arthelys Derailed by My Memories in Autism ..."
"Allah is the God of Abraham and Moses and all other prophets. It is simply ..."
S Patel Hijab and Modesty – Two Unique ..."
"I don't think you read my post. I see no problem at all with celebrating ..."
rashidpatch A Muslim Changes His Mind About ..."
"Your're wrong. Thanksgiving is Halaal."
Greg Abdul A Muslim Changes His Mind About ..."
Browse Our Archives
Related posts from Muslimah Next Door