Racism in My Life

Have you ever had to deal with Racism on a personal level?  Had you ever, in the furthest reaches of your imagination, thought that by being with the man you love, you would have to deal with people hating you because of your skin?

About a month ago, I ‘overheard’ someone who I am acquainted with, make a racial slur in regards to a White/Christian woman who is married to an Arab/Muslim man.  My acquaintance is a highly educated, well written, well read, Muslim woman, who lives in America and travels all over the world.  Yet she didn’t get it, when I brought it to her attention that her words were hurtful.

It took me a long time of searching around within myself before I mentioned it to her.  It immediately stung, and then it took me back to that place, where when I was first with my husband, and our relationship was still new.  When we first started dating, I was in my mid – 20’s and still in college.  Khaled was already working in his profession, and had lived here for already 12+ years.  We would travel to a nearby city that has a high concentration of Middle Eastern immigrants and descendants, for dinner, shopping and generally hanging out.  Most often it was my idea, because I thought that by hanging out there, I would get to know the dynamics of the cultural stuff  that flummoxed me.  Plus, I was intrigued by all the different foods and cooking gadgets and clothing and sweets.

I got used to the men not speaking to me, not even noticing that I was in the room.  I quickly understood that if I wanted something from the shopkeeper, I had to ask Khaled to ask the man to get it for me.  After many discussions, I understood that this was a cultural form of respect.  Respect of me, and showing respect to Khaled.  When we went to shops where I would normally go shopping by myself, he made sure to introduce me to the shopkeepers.  He said this way, he brought me to their attention and they would be nice to me, again, out of respect to him when I was shopping alone.

What I was not prepared for, and neither was my husband, was the female salesgirls.  We would go into restaurants, and the female servers would be cordial, but speak to us as though I was a passing fancy before he got a wife from back home.  The counter girls at the sweet shop would pretend not to understand English when I tried to speak with them, and would sneer at me.  Sometimes, they would skip me in line and go on to wait on the Arabic woman next to me.  They would make comments to each other, in Arabic, about me, right in front of my face.  How, I wasn’t good enough and What was he doing with that White Girl?

When I was young and new in my relationship and in the community, it hurt.  I made jokes about it, and I even warned my sister-in-law when we took her and my brother out to dinner in that city.  I told her the sweets were to die for, but the service is harsh.  Afterwards she said she wouldn’t shop there again, just because of the way the servers treated us.

Now that I’ve been with my husband for almost 14 years, I’ve learned that when I go into a shop where there is a snarky female and I have to deal with her, I speak loud and clear and look her right in the eye.  I make her pay attention to me, because if she didn’t she would get in trouble with her boss.  I am polite, but I don’t let her have the upper hand.

When I go to the Mosque, and to drop my girls off at school, I say “Good Morning” to everyone that meets my eye, and when I am out shopping, or at the park and I pass by a Muslimah, I “Salaam” her.  I am proud to greet these women and be an ambassador of acceptance and kindness.  I am part of the Islamic Community in my city and in America.  I belong.

What doesn’t belong, is racial slurs.  It is bigotry and it’s not good for my Chi.  It hurts and I don’t have time for that.

August 10, 2010 Turkish Delights
Recent Comments
5 Comments | Leave a Comment
Browse Our Archives
get the latest from
My Islamic Life
Sign up for our newsletter
POPULAR AT PATHEOS Muslim
1

Muslim
InterConnections and Me
My Islamic Life 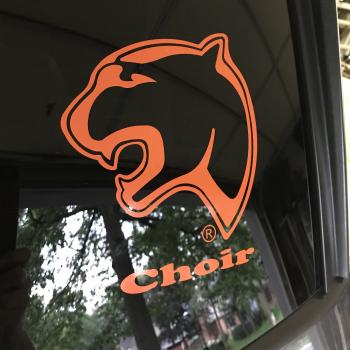