My heart is heavy. It is a boulder of concrete sinking into the ocean, never to rise to the surface.

You know when your children are small, and they have learned to walk and they want their independence, but then you take them into a crowded store and they walk around the corner and you can’t see them?

You remember that feeling of panic? 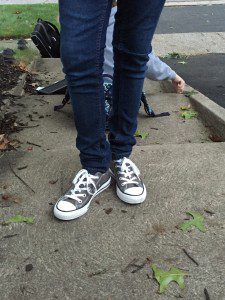 From the time my people were small, I would tell them that my job is to make sure they are safe. If they walked too far away from me, hid under the clothing racks at Target or ran away when I asked them to hold my hand in the parking lot, I would hold them close, and tell them.

These days, I’m in a constant state of panic because my people are being targeted for the way they pray to God.

Three weeks ago, Natalie commented on my post about Election Self Care:

“Trump has never threatened to round up muslims, make them register, or tear apart muslim families. He has said he may put a moratorium on new muslim immigrants until a way is found to decrease the extremists that blow up other people in the name of Allah. You may not like that, and you may be correct, but you’re falling for internet memes if you believe the stuff about being rounded up and jailed.”

I didn’t respond to her then because I knew by her comment that she is an apologist for the president elect.

When the election results came in, in those early days of numbness, I spoke with my dear friend and we talked about the proposed registration. She told me of how her Jewish mother was in a camp in Austria. She told me of her fear. My fierce, loyal, friend told me she loved me and she would do whatever she could to protect us.

What is there to do? I don’t know how to keep us safe.

Then I read the story, on Monday, about how the FBI were showing up at the homes of Muslim families randomly, unannounced in Texas and Florida. Cair-Dallas posted instructions to the Muslim families in their region:

“The FBI is knocking on the doors of the Muslim community in bulk starting this weekend. Know your rights.

We’ve said it before but it bears repeating. Do NOT meet with the FBI without an attorney present. Do not invite them into your home for tea and cookies. If the FBI comes to your home, get their business card and have your attorney schedule a meeting. If you do not have an attorney call us and we can provide you one at no charge.”

I shared this information of the random visits and the fear it installed in me and was told, “This is from before the election… I wouldn’t attribute it to the election results.”

On Tuesday, I saw this in my Facebook newsfeed.

You know how things are shared and shared again. Sometimes they are attributed correctly, sometimes they are distorted. But, with the help of Dilshad, I verified that Linda did actually say these words at the closing plenary at the Facing Race conference in Atlanta.

I don’t know if Linda meant non-Muslims or she meant non-immigrant Muslims, or the Muslims who have passing privilege, but DOES IT MATTER? If we have to show up in a line to register, every one of my friends will be in that line as well.

My Methodist, my Lutheran, my Agnostic, my Catholic, my Universalist, my Hindu, my Jewish friends will be in line with my family. Where will you be?

Yesterday, the news broke that Yes, as the president-elect is forming his cabinet, they are preparing to implement a Muslim Registry. It is unclear as to who will be required to be registered at this point, but does it really matter? They are drafting a plan to put us in a database. BINDERS OF MUSLIMS.  If we allow law abiding, good, honest people to be registered on a database…where does it end? They will eventually come for you as well as me.

My dear friend shared her outrage within our small group yesterday. She gave us permission to share her words:

“Listen… I’ve got to get this off my chest.

Earlier, a friend posted a Huffington Post article about Muslim registration, and she commented “I wonder what color stars will be sewn onto their shirts.”

For anyone with family that survived (or died) in The Holocaust, those words were a punch in the stomach. I told her it was a slap in the face for anyone who had family there (like me), but I absolutely DID NOT want her to edit that post.

WE NEED TO BE SLAPPED IN THE FACE. WE NEED TO WAKE THE FUCK UP.

Jews in Europe were forced to be registered, and publicly display that they weren’t Christian by wearing yellow stars sewn to their shirts. We’ve all seen these pictures. By doing this, normal, peaceful, God-loving human beings were ostracized, demonized and outcast for no other reason that The Fuhrer saw them as inferior humans who threatened his ideal. Those people were treated as animals, not humans. It hits very close to home for some of us.

What I want to say, especially to my friend, is that WE NEED TO HEAR THOSE WORDS. WE NEED THE VISUAL. This is what is happening in our country, except instead of Jews, it’s Muslims being ostracized, outcast and demonized by association with a handful of insane extremists who don’t truly practice Islam, a peaceful religion that teaches love, not war.

NO HUMAN BEING SHOULD BE TREATED THIS WAY.

Yes, Jews and Muslims have their differences, especially in the Middle East. But this is America, and we play nice in the sandbox. We co-habitate and we respect each other. It’s shameful that an ignorant few are on track to destroy every gain we’ve made as a country and set us back to one of the most shameful incidents in our world’s history.

My friend, thank you for saying what you said. Americans, especially supporters of the new Fuhrer, need to hear it.”

Tell me now Natalie, am I imagining this? Am I overreacting?

HOW DO I KEEP MY CHILDREN SAFE? 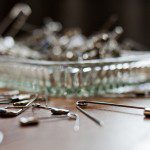 December 6, 2016 Eyes Open, Heart Guarded
Recent Comments
0 | Leave a Comment
"Real friends are gems to find. It's sad to think how long you can be ..."
Aloha 😛 Stepping Up When Big Deal Things ..."
"It's been a great article. Thanks. A life suitable for Islam can be experienced all ..."
Karlı Selim Dahlia Qadri, Intern, Hijab and International ..."
"I congratulate you. It's nice to be a muslim character. I will follow you very ..."
Karlı Selim Not a Hot Take…But the “B ..."
"I have no knowledge of the Bahai faith."
Kristina ElSayed My Journey with The Story of ..."
Browse Our Archives
Related posts from My Islamic Life