Top U.S. General: We Are On The Brink Of War With Russia… Putin Lectures USA “Faith in God is equal to faith in Satan.”

Top U.S. General: We Are On The Brink Of War With Russia… Putin Lectures USA “Faith in God is equal to faith in Satan.” September 27, 2016 Mystic Post

Speaking to the Senate Armed Services Committee following the recent humanitarian atrocities by airstrikes that occurred in Syria over the past week, Defense Secretary Ash Carter and General Joseph Dunford have proposed that a no-fly zone be enforced, with the exception of American aircraft. Great video .. General’s comments start at 4:17

We see many EuroAtlantic States that is the “”West” have taken the way where they deny or reject their own roots, including their Christian roots which form the basis of Western Civilization. In these countries the moral basis and any traditional identity are being denied, national, religious, cultural, and even gender identities are being denied or relativised. These policies treat a family with many children as equal to a same-sex partnership speaking judiciously. Faith in God is equal to faith in Satan. The excesses and exaggerations of Political Correctness in theses countries indeed leads to serious consideration for the legitimization of parties that promote the propoganda of certain types. The people in the West are actually ashamed of their religious affiliation and are indeed frightened  to speak about them. Christian Holidays and Celebrations are abolished  or neutrally renamed as if they were ashamed of those Christian Holidays. With this method one hides away the deeper moral value of theses celebrations. And those countries try to force this model onto other countries, globally. I am deeply convinced that this is a direct way to the degradation and primitivation of culture. This leads to a deeper demographic and moral crisis in the West. What can be a better evidence for the moral crisis of a human society in the West than the loss of its reproductive  function. And today in nearly all “developed” Western countries can not survive reproductively not even with the help of migrants. Without the moral values rooted in Christianity and other world religions, without rules and  moral values which have formed and developed over millennia people will inevitably lose their human dignity and become “brutes or beasts” We think it is right and natural to defend and preserve these moral Christian values. One has to defend the right of every minority to self determination, but at the same time there cannot there cannot be any doubt about the rights of the majority. At the same time this process at a national level in the West, we observe on an international level the attempts to create a unipolar, unified model of the world to relativise and remove institutions of international rights and national sovereignty <Putin speaks of US Imperialism> In such a unipolar and unified world there is no place for sovereign states. Such a world needs merely vassals. From an historical perspective such a unipolar world created by the United States would mean the surrender of one’s own identity and of God created diversity. Russia will side with those who defend the point of view that important global decisions have to be made on a collective basis and not in the interest on only one state< USA> and one group of nations <NATO>

Why Russia? Why Now?

http://www.mysticpost.com/why-russia-why-now-secrets-fulfilled/ “Fatima is about Russia.  Fatima and Russia are one” ..The Bishop of Fatima “Medjugorje is the fulfillment of Fatima” …The Queen of Peace “Russia will come to glorify God the most; the West has made modern progress but without God and act as if they are their own creator.'” The Queen of Peace 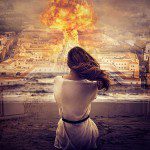 September 26, 2016
Putin Warns Media of Cover Up Dangers...“How do you not understand that the world is being pulled in an irreversible direction?...I don't know how to get through to you anymore.".
Next Post

September 28, 2016 Catholic Prophecy Unfolding...USA Media Should Understand: Today Russia and the Church are one. A challenge to Russian ideal of Self from the West will be met with very uncertain consequences...
Recent Comments
0 | Leave a Comment
"I guess I must be a traitor also. I’ll defend God/Jesus to the end of ..."
D.M.S. Where does it end? Get “Woke” ..."
"Oh crackpot isn't just a religious issue the world is filled with them incliding and ..."
davidt Priest becoming worldwide phenomenon – Fr. ..."
"Seriously???That demon you fear is inside yourself---a part of yourself.It is all that you cannot ..."
oneworlddude Signs of the Diablos – Is ..."
"What a creepy article, especially in view of the fundigelical and fascist mob that stormed ..."
oneworlddude Where does it end? Get “Woke” ..."
Browse Our Archives
get the latest from
Mystic Post
Sign up for our newsletter
POPULAR AT PATHEOS More Voices
1