“Hyperianism” purports itself to be an intelligent group based on reason and logic that understands the harms of Abrahamic religions. It sounds great at first, doesn’t it? I suppose that’s the point.

The cult was founded by former reality TV star and “shock artist” who goes by the name Morgue, and it’s just as weird as it sounds. Morgue used to spend his time swallowing swords and performing other tricks in Venice Beach, but now he spends it leading Hyperians through a “knowledge system” (as opposed to a belief system) that promotes pseudoscience surrounding a “mathematical reality.”

You exist within a grand mathematically generated illusion and you yourself are a mathematical being. Mathematics doesn’t just describe reality—you and your world are literally made of living mathematics. It is the code, the essence of this experience that you are having right now. Once you understand this, you’ll find the secrets of reality and begin to liberate yourself from the material realm. You will be as one who walks out from a dark cave to behold the light for the first time.

Look around you at all the tables and chairs, the plants and animals, the trees and the birds. At first glance, these things may not seem mathematical, but that’s because you’ve fallen under the spell of the human senses. The senses have evolved not to show you the truth of reality but to allow you to survive on this planet.

Hyperianism has all the familiar hallmarks of a dangerous cult: it says there is a greater truth being hidden from everyone, it holds unique “knowledge” in front of its followers as an incentive to commit to the faith, and it utilizes projection in stating that it’s the rest of the world that’s brainwashed. Hyperianism even requires monetary payments to become a member, which is something I found out when I tried to sign up online.

Most interestingly, though, Hyperianism is both anti-religion and anti-science. Morgue has attacked “mainstream religions,” even calling them “child abuse,” and called science an “irrational religion.”

“Scientists like to pretend that they’re on the side of logic and reason, when the opposite is true. They put their faith in the senses, and are just as dogmatic about it as a mainstream religious person.”

Forget that science is specifically designed to avoid any flaws in human sensory perception, and the scientific community checks itself, verifying its findings through peer-review, because Morgue is speaking cryptically in front of a black backdrop. I acknowledge there are scientific errors, but that’s what makes new discoveries: the ability to learn from mistakes. Let’s not pretend looking for reproducible data is the same as sacrificing a goat.

Morgue is a sword swallower, and a former star on AMC’s reality show Freakshow. According to a fan site for the show, he has “an amazing Goth look and a taste for the unsettling.”

His professional tool kit includes hooks, power tools, needles and billiard balls – all of which enter and exit different areas of his face and body. “I do all kinds of crazy things,” he acknowledges, not without a pride. “I like to tell people I’m called Morgue because if they tried what I try, they’d be in the morgue…”

While his act absolutely falls on the extreme end of the performance spectrum, his operating philosophy is very much in tune with the Freakshow’s ethos of celebrating difference. “My act isn’t shock for shock’s sake. There’s a purpose. It’s to show people that there are different ways of expressing yourself,” he stresses. “Whether it’s something beautiful or something horrible, it’s all valid and it’s all about opening minds.”

Here we have some more pseudo-profound nonsense – the kind he has turned into a religion – as well as an acknowledgement that he’s a performer and an entertainer above all else.

What do Hyperians actually believe?

In addition to believing that science and religion are equally bad, Hyperians believe some pretty farfetched – and potentially dangerous – things. For starters, Morgue says Hyperians are “beyond human.” His website also states that “death is an illusion,” which is a belief we frequently see in cults before they gather to drink cyanide juice and make the evening news.

Morgue and his Hyperians also seem to worship math, believing it to be the answer to every question. Unfortunately, it seems that he mostly uses mathematical and quantum mechanical language to sound intelligent while actually saying nothing. He’s like a Goth version of Deepak Chopra.

I talked to one math-lover and Morgue observer who says the entertainer is “disgracing math by incorporating religious influences onto the language.”

I tried to learn more about Hyperianism by signing up online, but it turns out in order to become a member you must buy his book, “Book Zero.” It is only sold one hour in the day at certain times, perhaps to increase the element of mystery, and the Hyperianism website shows the countdown to his “secret library.”

Hyperianism is a Dangerous cult.

We all know the only difference between a religion and a cult is its size and influence, but this particular cult has some big red flags that people should pay attention to. By attacking “mainstream religions” and other false ideas, Morgue gained a platform to spread his own woo, bringing in new followers from around the world (at the time of writing he has 289,218 followers on Facebook and 85k on Instagram).

Morgue seems to target college-aged individuals who are “disenchanted with religion and society,” according to Jared Hammer, who wrote the only other article I could find on Hyperianism for Uloop. Hammer also writes that Morgue’s group leverages techniques known by cults to lure followers away from society and “gain control over their thoughts and behavior.”

Although Hyperianism is still a new movement, it is quickly growing. Cults will do everything in their power to convince you that they are not a cult. They obtain followings of people disenchanted with reality and manipulate and mold them as they wish.

My advice? Be wary of Morgue and his strange Hyperian teachings.

I couldn’t agree more with Mr. Hammer’s assessment. This has the markings of what could ultimately become a full-fledged cult, complete with brain reprogramming and maybe even self-harm or suicide. When you have a compelling leader demanding authority and telling people “death is an illusion,” you never know what might happen.

Those who seek hidden knowledge and distrust science and religion might find this group appealing, but it is just another one of the churches it claims to hate. It preaches its gospel as fact, without regard to well-founded disagreements, and derides anyone who disagrees. If you are really a fan of logic and reason, you’ll want to stay far away from it.

If you’d like to support my writing and investigations, feel free to donate here: https://www.patreon.com/DavidGMcAfee 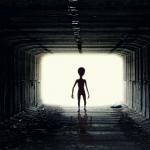 December 16, 2017
Pentagon Spent $110 Million on UFO Research and Found Nothing
Next Post 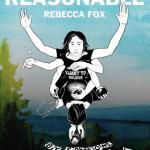 December 19, 2017 How to Be Reasonable (By Someone Who Tried Everything Else)
Recent Comments
0 | Leave a Comment
"In talking about the 'secular revolution' which took place in the American academy during the ..."
Luke Breuer My Facebook Fan Page Has Been ..."
""""Cults will do everything in their power to convince you that they are not a ..."
Linda Miller Former Reality TV Star Now Leads ..."
"So, given that the vast majority of the accusations referred to in this article — ..."
Paul Co-Founder of Popular Atheist Facebook Group ..."
"which is true except when you become insane in which case a doctor should come"
samuel Sam Harris is Wrong: Religious Extremism ..."
Browse Our Archives
Related posts from No Sacred Cows