I spend a lot of time thinking about representation in witch communities.

I’m in the process of writing another essay in response to the Patheos prompt, “What good is [your] religion?” In doing so, I’m struggling with representation, boundaries, boxes, and labels even more than usual. So consider this a lead-in (and check out other posts already going up on the subject).

So representation’s been a hot topic in the past couple of months, as those of us plugged into the Pagan Internet have watched the sudden rise and inevitable failure of yet another American Council of Witches (I think it’s significant to note that what happens on the Internet often has little impact offline—very few of the people in my physical communities knew anything about any of this—but that’s another post altogether). In response, John Halstead observed that representation happens whether we want it to or not. If you don’t speak for yourself, someone will speak for you. And wouldn’t it be better to participate, to be heard, and to support organized bodies of qualified, respectable people we trust to do the speaking?

Further, as Jason Mankey (and every humanities professor I’ve ever had) has asserted, words matter. How we speak and write is important. The words Pagan and witch (or Witch, if you prefer) have to mean something, or why use them?

When I was a teen, older practitioners saw my copy of To Ride a Silver Broomstick and told me I was doing Wicca wrong because I wasn’t an initiate. They told me I was shallow, fluffy, or being mislead by someone who only wanted my money. Later, I struggled to tell the difference between the Paganism I was reading about on GeoCities homepages and the sage-waving, chakra-balancing Reiki practitioners I was meeting at the local metaphysical shop. I was pretty sure I wasn’t a New Ager, but why were we always lumped together? When I grew up, I became a Gardnerian priestess. I still had people telling me I wasn’t really a witch, this time because “Gerald Gardner just made it all up” or because somebody somewhere decided twenty years ago that they didn’t like someone in my upline. Most recently I was told I’m not a real witch because I’m learning to hunt (Real Witches™ don’t eat animals—unless they’re from Whole Foods. Or something. I can never keep that straight.).

I also struggled with just fitting into a wider Pagan community. I didn’t see what I was doing as “nature religion” or “community building” or “getting in touch with the Divine Feminine” or any of the other stuff that usually gets lumped into standard definitions. Yeah, I was Wiccan (at least, according to some people), but my Wicca didn’t look like the Wicca everyone seemed to be talking and writing about. I spent a lot of time feeling like there was some sort of Pagan uniform that I just didn’t own (and wasn’t sure I wanted).

Add to all that the fact that Paganism is just as impacted by regionalism as any other religious community. The Pagans in the American South, where I live, don’t always look much like the Pagans in California and New England, who seem to do most of the talking and publishing (wealth and privilege are factors here). Many of the Wiccans in my life shop at Wal-Mart and vote Republican and have Confederate flag stickers on their cars. They don’t read The Wild Hunt or order books from specialty presses, and you’ll probably never meet them at PantheaCon, Cherry Hill Seminary symposiums, or even online. So where do they fit?

Almost twenty years after I picked up my first book about Wicca, I find myself using my assorted labels (Pagan, witch, Wiccan, priestess, Gardnerian) with caution and deliberation, especially amongst those who share them. I’ve figured out that we rarely mean the same thing. Often, we’re not aware of the chasms of difference that exist in any one category (even when we think we are). It makes representation that much harder, both in the sense that Halstead was writing about and on a more personal level. If I use the word “Wiccan” differently from what most others mean (Mankey goes into some of the issues at stake here)—and language is collectively constructed and fluid—then who’s to say I’m not the one using it incorrectly? How can I fairly represent witchcraft, Wicca, the Gardnerian tradition, or Paganism, when those categories are so contested?

Some of the Gardnerians I know don’t identify as Pagan anymore (if they ever did). Increasingly, I see a tendency in traditional witchcraft (be it Wiccan or non-Wiccan) to shy away from being called Pagan (as in Neo-Pagan or contemporary Pagan). I think it’s worth asking why (My unmediated gut response? It has something to do with the increasing institutionalization and Protestantization of Pagan spaces and language.). Why do I feel so alienated at open rituals held at the local UU church? At Pagan Pride Day? In the individual company of so many other Pagans? I love my tribe, but I’m not really sure who we are.

As I get older and my experience grows, I find that it’s more important to hold on to the meaning behind my words. I understand that language is flexible, but I think categories matter. Labels may be arbitrary and confining, but we still mark the bottle of vinegar so we don’t mix it up with the bottle of water or the bottle of bleach. Inclusive definitions have their place, but so do limited ones. Lately, I find myself drawing more lines than I’m erasing, though I try not to cling to these with the sort of zeal that inspires headaches and angry arguments. We have to be able to move them, to be persuaded, and to change our minds. Representation requires limitations, which are scary because they require us to exclude and therefore to wound. Maybe that’s why so many of us only want to “speak for ourselves,” as though that’s ever really possible. 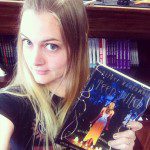 April 2, 2015
Life After Teen Witch: An Introduction
Next Post

April 14, 2015 Keeping Magical Records, Despite Yourself
Recent Comments
0 | Leave a Comment
"These are all really interesting to hear, and it is something I ponder as I ..."
Weaver Beginner Books that Don’t Suck
"My great-grandmother was a Mooney, down in Conecuh County, Alabama."
Jennifer Chappell Saying Hello to a New Year
"Hi Gordon, maybe if you try to put your hand and pen above the line ..."
Carolina Norambuena A Witch’s Guide to Fountain Pens
"You touch on it a bit, but how similar, in your experience, are pagans when ..."
Chris Mann Talking to Gods
Browse Our Archives
Related posts from Oathbound