Catholics Should Have Nothing to do with Know-Nothings

The Know-Nothings will always turn on you.

Someone on Catholic Twitter made that cogent observation a couple of weeks ago when news broke that the controversial Georgia congresswoman Marjorie Taylor Greene, a Q-Anon sympathizer, was pushing a new “America First Caucus” with nativist overtones in its manifesto.

In case you forgot, Greene – who is not Catholic – a week or two prior had just been interviewed by EWTN Newsnightly, which produced a sympathetic segment that made a woman who called for Democrats to be executed and said space lasers operated by Jewish people were to blame for California forest fires into a brave pro-life legislator who the Left was persecuting for her defense of the unborn.

Greene and other radical Republicans who early on expressed interest in joining the America First Caucus backed away from it only after GOP congressional leadership, including House minority leader Kevin McCarthy, blasted the concept as being out of line with their party’s values. But the fact of the matter is that anti-immigrant sentiment is running strong in conservative grassroots movements. And it’s not just anti-illegal immigration; legal immigrants are seen as suspect.

“History has shown that societal trust and political unity are threatened when foreign citizens are imported en-masse into a country, particularly without institutional support for assimilation and an expansive welfare state to bail them out should they fail to contribute positively to the country,” the America First Caucus manifesto declares, betraying a gross ignorance of the actual history of immigration in the United States.

The document – which articulates a nativist vision of America as a nation of “Anglo Saxon political traditions” – (read: white and Protestant) – not only makes immigrants the scapegoats for “reducing job opportunities” for Americans, but even makes it a point to insult those who emigrated legally to the United States following the Immigration and Nationality Act of 1965:

“An important distinction between post-1965 immigrants and previous waves of settlers is that
previous cohorts were more educated, earned higher wages, and did not have an expansive
welfare state to fall back on when they could not make it in America and thus did not stay in the
country at the expense of the native-born.”

The America First Caucus Policy Platform would be funny if it weren’t so ignorant on an important matter that touches on issues of human dignity and social justice. It would also be easier to ignore the foolishness if it weren’t being echoed by the likes of Tucker Carlson and Laura Ingraham on Fox News, via social media and op-ed columns by right wing firebrands like Ann Coulter, and harnessed by demagogues and politicians like Donald Trump for their benefit.

Ranting against immigration – legal and illegal – is an easy way to score cheap political points, but it’s cynical and dishonest, not to mention unjust and deeply contradictory to Catholic Social Teaching on the rights of migrants. The nativist rhetoric also ignores basic American history of how successive waves of immigrants, and their immediate descendants, have contributed to building up this nation.

I can cite my family history to make that point. My parents emigrated from Portugal in the early 1970s with my grandparents. They settled in Southeastern Massachusetts, which for over a century has drawn Portuguese immigrants who worked in the local fishing industry, textile mills and factories. The men and women who left everything behind in their countries of origin worked hard, saved their money, bought multi-family tenements and revitalized entire neighborhoods.

The Portuguese people of Southern New England built churches, started businesses and paid taxes. They enriched the cultural fabric of their communities through the restaurants they opened, the religious processions they organized, the social clubs they founded, and the parish “festas” that still draw many non-Portuguese and non-Catholics from the surrounding areas.

When I was a kid, anti-Portuguese sentiment flared in the community when four men – all of them Portuguese immigrants – were arrested in the infamous “Big Dan’s” gang rape case that became the inspiration for The Accused with Jodie Foster. That the suspects were Portuguese nationals became a major emphasis in national media coverage. The local news radio station at the time was inundated with callers ranting against the Portuguese who didn’t “fit in” to the country.

Looking back now it’s almost laughable to hear those old callers because Portuguese culture is so embedded in Southeastern Massachusetts that it’s a joke here that “even the Irish are Portuguese” because of intermarriage and cross-cultural pollination over the decades. Case in point; my wife – who is half Black and almost half Irish – often uses Portuguese-American lingo in everyday conversation without thinking about, and will casually ask me when I’m out running errands to get her “bifanas,” Portuguese marinated pork cutlet.

That kind of rich reality is ignored in our polarized political culture that views everything through a simplistic binary. Immigration = bad. “Anglo Saxon” traditions = ideal. The old WASP establishment would definitely recoil in horror at some of the idiosyncrasies my older-generation Portuguese aunts, uncles and grandparents brought with them from the old country. But to see white Catholics today mimic that kind of bigotry is not only head-shaking, but maddening because it was not too long ago that their own ancestors experienced that same kind of discrimination.

That’s why Catholics, including those who have fully accommodated themselves with the American brand of white supremacy should think twice before aligning themselves politically with the likes of Marjorie Taylor Greene, even if they share our pro-life position. Because like the serpent in the anti-immigration fable that Trump often liked to recite at his rallies, they will turn on you. Every single time. 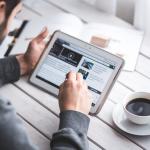 May 1, 2021
Links: The Best in Catholic Media This Week
Next Post

May 4, 2021 The Biden-Communion Controversy is Ramping Up
Recent Comments
0 | Leave a Comment
Browse Our Archives
Related posts from On the Catholic Beat