Deity: Both Young and Ancient 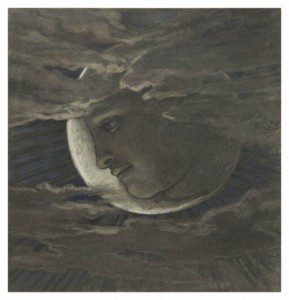 I’m a Pagan because I worship the gods. The worship of deity comes before everything else in my Pagan practice. I love ritual, magick, and the Earth because they bring me closer to deity, and it’s that closeness to the divine that I cherish above all else in Modern Paganism. If I could share just one thing I’ve gained as a Pagan it would be that feeling of closeness with the gods.

Because of my love for that “feeling” I’m always taken aback when someone says a door is “off limits” in Modern Paganism. To me such proclamations are absurd. To start with we have no “Pagan Pope” so it’s all just opinion. Secondly it’s absurd because such statements limit the very nature of deity. The gods (and that means every god) have always been worshipped in a multitude of ways, and just because one form of worship is predominant today doesn’t mean those different interpretations of a deity have ceased to exist.

Because of how I feel about deity I wanted to write a little about how I view the nature of it, and illustrate a copy of points. The first was that the gods change, and/or that our perceptions of them change over time. The second idea I wanted to express was that if deity calls you should listen, even if the deity in question feels a little alien to you. (Let’s ignore a deity because a human being said they were off limits, that’s going to go over well.) The third is that the age of a deity shouldn’t matter, a two thousand year old god is no different than a three thousand year old god. (All those ramblings are below.) Age doesn’t make something better, and it doesn’t make anything worse, it just is. 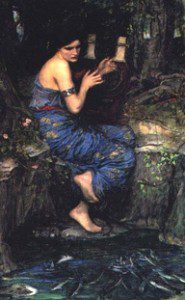 Sadly, all of my points got away from me while writing. It was a huge idea (like deity!) and I just haven’t been able to express it as neatly as I would like. I think Yvonne over on Sermons from the Mound did a much better job and said many of the same things I’ve been trying to articulate. Deity changes. Deity from outside of our normal comfort zones sometimes call to us. Deity is also continually being discovered, rediscovered, or created. I don’t think there are limits to the divine, or how you as a Pagan worship that divine. The gods cast their spell on me long ago. For those wishing to get caught up in their siren song, I hope they do the same to you.

If you were to ask the average Pagan what sort of deities they worship you might get a response like “the old gods” or “the gods of ancientpaganism,” but that’s not entirely true. Many Pagans worship relatively new or young gods; figures that when originally written about weren’t seen as gods at all. “Newness” doesn’t mean “false.” Just because something is new, be it a religion or a deity, doesn’t mean that it’s false or lacking in truth. Every religion and every god starts off as “new” at some point. Every deity had to have had a “first follower” or “first worshipper.” When Aine Llewellyn writes of the goddess Adilene he’s writing about a very real experience. That experience is not invalidated because the deity in question is new or was previously unknown to us.

For many years I was entirely dismissive of the god Herne, because I had a lot of trouble seeing him as a real deity due to his relative “newness.” The origins of Herne lie more in ghost stories and folktales than in some sort of unbroken chain of horned gods going back thousands of years, and to my young and stupider Pagan-self that was a real problem. “But he wasn’t worshipped as a god in the year 800 CE” I would whine to myself, but why should that matter so much? For the last two hundred years people have been having very real experiences with Herne, shouldn’t that be enough? 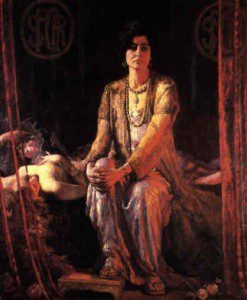 Herne isn’t the only deity with a rather short and tangled pedigree. The goddess Aradia might be related to the goddesses Diana and Ariadne, but is more easily linked to the Biblical figure Herodias, mother of Salome and wife of King Herod II. Sometime in the Middle Ages the Jewish Princess Herodias became associated with pagan goddesses and witches. In the province of Sardinia Herodias/Aradia became a spectral night-terror and was seen that way up until the late 1980’s. (1) Even with the rather strange family tree, Aradia has a made lasting impression on Modern Paganism (the book that bares her name, Aradia: Or the Gospel of the Witches, is an essential Modern Pagan text) and on many Modern Pagans. She’s an extremely popular goddess, even if her worship doesn’t date to antiquity.

If Aradia is related to Herodias, she’s not alone in having human roots. People who scoff at Jesus being worshipped as a god sometimes quip “he was only a man,” and that’s certainly true, but it’s not necessarily unique. The Greek city of Troy was a real place, perhaps the demi-god Achilles who appears in The Iliad was also once “only a man.” Ceridwen and Arianrhod are worshiped as goddesses today, but were originally either “just people” or made up out of whole cloth and then inserted into a new mythological cycle back in the 9th Century. (2) Ceridwen wasn’t a pre-Christian deity, but I can’t imagine why it would matter one way or the other. Her stories speak to us, and so does she. That’s what legitimizes a deity.

In my less thoughtful days I tended to scoff at any deity that didn’t have an ancient pedigree, even when I was actively worshipping such deity. No one worshipped The Horned God in classical paganism; they worshipped individual horned gods. If “The Horned God” is an amalgamation of Cernunnos/Pan/etc is that a new deity or a new understanding of ancient deity? (I don’t have a good answer for you other than “more proof deity evolves and changes.”) In ritual I call to both the Horned God Archetype, and all manner of specific horned (and horny) deities. I can also tell you from experience that calling “The Horned God” is not the same as calling Pan or Cernunnos. Different energies, different experiences, different gods or different parts of a god. 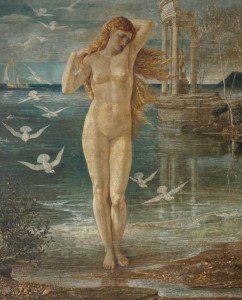 The Maiden/Mother/Crone archetype as Triple Goddess is also a modern construction, mostly coming from the book The White Goddess by Robert Graves. It’s an idea that works well in Modern Paganism because it just seems so bloody obvious. Why shouldn’t the sabbats tell a story of growth, maturity, decline, and rebirth? That’s exactly what the Earth shows us every twelve months. The ancients certainly revered “mother goddesses,” “maiden goddesses,” and “crone goddesses,” but those figures weren’t necessarily placed into the cosmology so many of us associate with the turning of the Wheel. Of course I’m going to argue that it doesn’t matter in the slightest. The myths that speak to each of us do so because we find universal truths in them. We don’t don’t discredit scientific truths just because they are newer, just the opposite, why does age always matter in religion so much?

My Pagan practice has always been about the gods. I love our big blue planet Earth, but I’m not a Pagan simply because I’m a “nature worshipper.” I’m a Pagan because the gods have spoken to me, and I’v found their voices to be mightily important in my life. Young gods (Herne) and ancient gods (Pan) are a part of my worship. I revere archetypes (“The Great Mother,” and boy is she great!) and deities with long histories and copious amounts of mythology (Dionysus), they are all real to me in their own ways. If I’ve had such experiences, beautiful uplifting life-changing experiences, who am I to deny or question anyone’s experience with similar powers?

Deity is a mess of young, old, and constantly evolving. That means the gods so many of us Pagans honor are a lot like us, in a constant of flux. Due to that turbulence there are no “right gods” or “wrong gods” only gods. When people boldly proclaim what deities are fit or unfit to worship I can’t help but wonder what the yardstick being used for measurement is. It can’t be age or place of origin. Pagans worship a whole mess of new gods, and place of origin only marks the start of the race not the end of it. Individuals gods were also worshipped in a plethora of ways and their attributes varied across the centuries and miles. Your gods are your gods, and when they speak to you, just be sure and listen.

1. For more on the origins of the goddess Aradia check out Sabina Magliocco’s Aradia in Sardinia: The Archeology of a Folk Character in the book Ten Years of Triumph of the Moon.

2. See Ronald Hutton’s The Pagan Religions of the Ancient British Isles Their Nature and Legacy pages 322-323. 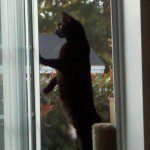 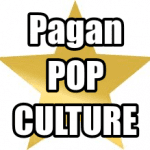 April 7, 2013 10 Awesome Pop Pagan Moments (Part One)
Recent Comments
0 | Leave a Comment
"Hello! How do I worship Hekate? Can she get me a girlfriend? And how do ..."
Jimmy Butler Hekate: Goddess of Witches
"I truly liked the article. I mean no disrespect when I say I am going ..."
Michael Jeter Hekate: Goddess of Witches
"Doing candle rituals that close to the hem of a long skirt seems a little ..."
Jules Morrison The Good & Bad of Witchcraft ..."
""It’s weird that the third version of the book proudly announces that it has sold ..."
Amer A. Halasa The Good & Bad of Witchcraft ..."
Browse Our Archives
Related posts from Raise the Horns