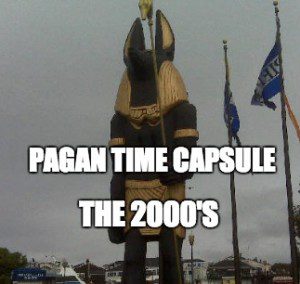 This year marks the 60th Anniversary of Public Paganism. Back in 1954 Gerald Gardner released the first book documenting a living, breathing, and long-lasting Witch tradition and kicked off the Pagan revival. Gifted with an introduction by Dr. Margaret Murray Witchcraft Today launched a now world-wide religious movement. I’m sure that Witches and other Pagans existed and practiced before Gardner, but Gardner made his (and by extension our) presence known in a big way. Modern Paganism would most likely have existed without Gardner but perhaps in a very different and/or diminished form.

In celebration of sixty years and seven decades of Public Paganism I’ll be breaking down the essentials of Paganism decade by decade. I’ll take a look a the books, the music, and movies that have driven (and continue to drive) Modern Paganism. The items contained in many of our early Pagan Time Capsules will be a bit Witchcraft-Centric, but that will change as the decades move along. In each time capsule I’ll be placing five to six books, one or two movies, a few albums/songs, and one bonus item.

The “aughts” aren’t distant history or even nostalgia, they kind of feel just like yesterday. What I think of as definitive of the era is not going to resonate with everyone. No one is right or wrong of course, our different experiences have just given us different perspective. In this series I’ve tried hard to distance my time capsule choices from my personal ones that’s probably an impossible task. 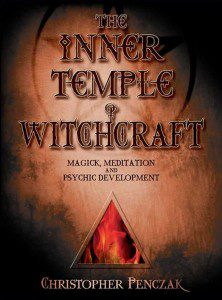 If you were to ask me to pick out the most popular person on the Pagan lecture circuit I’d respond with Christopher Penczak and I’d do it without missing a beat. Much of that success is due to Christopher’s engaging style but some of it’s also because of his first book The Inner Temple of Witchcraft: Magick, Meditation and Psychic Development (2002). I’ve heard a lot of people criticize Penczak’s books for being too “New Agey,” but he’s a strong writer and his take on Modern Witchcraft is refreshing and unique. Visit a Metaphysical Store today and you’ll encounter nearly an entire shelf of Witchcraft/Paganism dedicated to Penczak’s work.

Just two years after Penczak’s Inner Temple, T. Thorn Coyle released Evolutionary Witchcraft (2004). It’s not necessarily my cup of tea, but I’d never question the power and imagination of the Witchcraft contained within it. About the only thing Raven Digitalis’s Goth Craft: The Magickal Side of Dark Culture (2007) has in common with the two previous books listed in this article is that it presents a different side of Witchcraft, but that’s enough. Much like The Spiral Dance was a way of summing up all of the changes that had taken place in various Witch traditions in the 1970’s, Goth Craft was one of the first books to document the blending of Pagan and goth cultures by a popular press. A process that had been going on for over a decade by the time Goth Craft was released.

Her Hidden Children: The Rise of Wicca And Paganism in America (2006) by Chas Clifton didn’t change the landscape of Modern Paganism like 1999’s Triumph of the Moon, but it was another solid entry in the world of academic Pagan Studies. My library is full of academic books from the early aughts, something I wouldn’t have believed could happen back in the mid 1990’s. 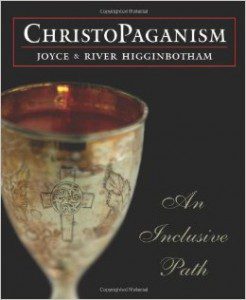 The early part of the last decade was probably the high point for Pagan books. There were suddenly books available on just about any topic. Sure most of them didn’t find large audiences, but with the emergence of Amazon (for better and often for worse) those who were seeking them were at least aware of their existence. So far in this time capsule I’ve chosen books documenting the changes within Witchcraft, both as a popular experience and as an academic discipline. Perhaps the most contentious new form of Paganism to emerge during the aughts was Christo-Paganism, perhaps best expressed in ChristoPaganism: An Inclusive Path by River and Joyce Higgenbotham. Debates over issues like Christo-Paganism used to be confined to a bottle of mead or a quarterly letter column. Now we not only have books, but passionate online arguments that sometimes rage for weeks at a time. Is that good or bad? Sometimes I really don’t know.

The way we consume media today means that it’s probably impossible to simply pick a handful of books to represent larger Pagandom. There are too many choices, and by the early aughts the basics of most Pagan traditions could be learned online. Media fragmented in mundania and it fractured within Paganism too. It’s mostly a good thing that there’s so much material out there that the era of the “must have” book is most likely over, but on the other hand it makes us strangers to some degree too.

MUSIC
With the advent of software like Pro Tools recording an album has gotten a lot easier, and the result is more music commercially available now than ever before. That doesn’t mean most of us have ever heard most of it, just that it’s available. In the Pagan world that’s meant an explosion of artists from a wide variety of genres. For decades Pagan Music felt like it was only available in two flavors: folk and goth-metal. There were certainly exceptions but they were few and far between.

One of the most eclectic of those new artists was S.J. Tucker whose music has always walked a very crooked line between magical and mundane. You could play Sirens (2006) for your mundane friends without them suspecting a thing. Renaissance Fairs have always had Pagan undertones, especially musically. The aughts saw the rise of Pagan gatherings that weren’t really Pagan, that wasn’t limited to Renaissance Fairs either, events like Faerieworlds had crossover appeal too. One of those bands comfortable on both the Fairy Festival and Renaissance Fair circuit was Virginia’s Coyote Run. Coyote Run Pleads the Fifth (2006) is a nice mix of Irish rock, traditional Neo-Pagan songs, and Americana. (Who would have ever thought that ‘traditional Neo-Pagan songs’ could be a thing? But they are!)

A lot of the entries in this series have focused on American Pagan Music, but it’s Europe where explicitly Pagan music is probably most popular. One of the genres with an often keen Pagan edge is folk-metal, and one of the first bands to embrace the style was Britain’s Skyclad. Their albums are full of Pagan imagery, but also enough mundane stuff that they’ve managed to avoid the label of “Pagan band.” Early Skyclad is all over the map with much of it sounding like generic Heavy Metal but as the years progressed their sound really opened up. My favorite Skyclad featuring the band’s mostly original line-up is 2000’s Folkemon. The folk elements are stronger here than on their early records, and there’s nothing quite like dueling heavy metal guitar and fiddle solos.

Tori Amos’s most “Pagan album” is (in my estimation) 2009’s Midwinter Graces. If you are a fan of early Amos this album is a return to that form, and is surprisingly “dark” in some places. Great piano and several sly lyrical nods to the holiday that lies at the real heart of Christmas (“remember the light is born every day, with tidings of comfort and joy”) makes this one of my favorite Yule-tide albums.

MOVIES
I was never a fan of Joss Whedon’s Buffy the Vampire Slayer (1997-2003) but I was aware of just how fanatical many of my friends were about it. Would it have been nice if Willow’s Wicca was a bit more grounded in reality? Sure, but it’s not quite a deal breaker. The one thing Whedon does better than most anyone else is create empowered, ass-kicking female characters. In Buffy that ass-kicking wasn’t confined to just the title character either. Buffy exists kind of between the decades (starting in the 90’s and ending in the aughts) but it’s ascent up the peaks of pop-culture was a slow burn, and due to its popularity on DVD was probably bigger at the end of its run than at the beginning.

The aughts were a great decade for animation, especially CGI blockbusters, but my favorite animated movie of the decade is the delightful The Secret of Kells (2009). Kells artfully mixes Christianity with Celtic Paganism and the result is pure wonder. When a film can get me to identify and appreciate two separate religious streams it’s doing something right.

BONUS
It took ten years and a court case, but on April 23 2007 the (US) Department of Veteran’s Affairs agreed to add the Wiccan Pentacle to the list of officially approved religious symbols that can be engraved on a veteran’s gravestone. By Pagan standards this was a very big story, appearing in The New York Times and other mainstream media outlets. It was also reported in real time by The Wild Hunt the first highly trafficked “Pagan blog” dealing almost exclusively with news of interest to Pagans. Both the gravemarkers and the rise of The Wild Hunt (along with other types of online Pagan media) were big stories in the aughts, and continue to be big stories right up till the present day.

The Top Picture
That’s Anubis near San Francisco’s Fisherman’s Wharf back in 2009 for those wondering about the picture at the top of the article. He was there to advertise the then traveling King Tut exhibition. I was also traveling then with my wife Ari and snapped that picture on a chilly November afternoon. 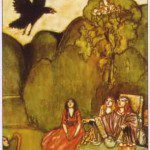 August 23, 2014 The Margins of Pagan History
Recent Comments
0 | Leave a Comment
Browse Our Archives
Related posts from Raise the Horns