South of the Borealis Polus Axis, with the exception of southern and western Europe, summer is in full effect with adult leaves upon the deciduous trees and the grasses green and tall. Most species would have offspring in toe or in their nests. Some species of birds would already have fledglings, such as crows and ravens. Fish fry from the autumn spawning would be in rivers and lakes. Insects would be abound with butterflies, bees and other pollinators being occupied with the flowers in season.

Where the majority of earth’s population is (at and just north of the Borealis Sol Axis – Tropic of Cancer with the addition of Southern & Western Europe) it’s midsummer.

For the Tropics, this is when the Tropical Rain Belt is over the Borealis Sol Axis in the east and about to be in the west.

North of the Australis Polus Axis it is overall the driest, coldest, and darkest time of year.

What Are The Seasonal Customs

In Borealis, a number of regions in the temperate climes are celebrating fertility, usually in the form of match making such as rituals involving couples in search for fabled flowers (fern flower), jumping flames while holding hands, publicly announcing your love, and love spells. For both temperate and warmer climes bonfires and jumping over the resulting lower fires are popular.

Various activities in Borealis include: Staying up all night, making bonfires (either on hills or by water bodies), singing, dancing, gathering herbs (especially healing herbs), a break between the completion of spring sowing and the hard work of summer hay-making, rituals ensuring productivity of crops, as well as livestock fertility; fireworks, electing a Mock Mayor, mock marriages, burn the Mayday wreaths that were decorating doors in communal bonfires, boat rides, ritual bathing, decorating with greenery, street entertainment, water splashing pranks, swimming, wearing rainbow bracelets for several days and tossing them into a river, ceremonies for coming rains, maidens floating wreaths of flowers often lit with candles on rivers and possibly men catching them with hopes of gaining their interest; maidens gathering flowers all day coming back at nightfall with floral crowns to dance with love interests around a bonfire, said crowns being tossed onto houses – if remaining on roof a good harvest is foretold to come upon household, if the crown falls off death befalls member of household; jumping over burned down fires for purifying and health, and lighting a large round bale that is pushed down a hill in symbolism of the now shortening days to come.

In Australis, there are many traditions that involve staying up throughout the year’s longest night with anxiety that the next day would not come, and after several days, observing that the winter was diminishing and celebrating. Arid areas often are having their last harvest.

Various activities in Australis include: colorful costumes, peasant costumes, folk masks, sharing food, rituals for a good harvest, dancing, bonfires, fireworks, ceremonies revolving around the end of the rainy season, mock wedding whose bride and groom are the central attraction of the dancing, corn dishes, harvest festivities, and marking half of antarctic tour duty at research station by redecorating, having team games and parties.

Anyone who knows of any celebrations missed, please comment below so they could be accounted for. Any links to Polynesian celebrations, and blanks filled in for Unknown Calendars would be appreciated. 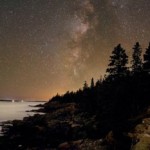 June 24, 2013 The Art of Taking as an Offering
Browse Our Archives
get the latest from
Pagan
Sign up for our newsletter
POPULAR AT PATHEOS Pagan
1

Are Humans the Children of the...
John Beckett
Related posts from Paths Through The Forests

Pray for and Save Sheikh Jarrah
I've been doubtful about writing on a certain topic because I'm not...
view all Pagan blogs
Copyright 2008-2021, Patheos. All rights reserved.