Introducing Paths Through The Forests

Greetings, we are Rua Lupa & Lupa Greenwolf and we’re thrilled to be here to share our stories and knowledge with you. But first, introductions!

Rua Lupa is a red haired wild child that was raised on a small homestead in the Boreal Forest west of Lake Abititbi (Between Hudson Bay & the Great Lakes, on the side of the Arctic Watershed), and fell in love with the wilderness; spending entire days wandering the woods with their beloved dogs. This nurtured a passion to preserve the wilderness and its wild canines for generations to come. To be better able to act on this passion Rua attained a Wildlife Technician Diploma and studies the cultures that are/were closer to the land and ways to emulate them. This birthed the Ehoah Philosophy & Tradition(s) – The philosophy of “Complete Harmony Within Nature”, and the tradition(s) being an expression of that, with much still yet to become fully expressed. It is through this continual strive for an ecologically in-tuned lifestyle that Rua attained a certificate as a Permaculture Designer. Permaculture being a land design discipline that establishes a resilient, biodiverse ecosystem, that supplies for human needs. The word itself stemming from Permanent Agriculture & Culture. Currently living on The Great Freshwater Island, Rua’s time is filled with establishing food forest systems, public education on symbiotic relationships, and a slew of personal experiments and studies to get closer to Ehoah.

Lupa Greenwolf lives in Portland, Oregon, nestled within the watersheds of the Columbia and Willamette Rivers, though she did most of her growing up in the rural Midwestern U.S. Having grown up as that kid who ran around in the woods, grubbing in the dirt and catching (and releasing) garter snakes, she came topaganism in her teens, and was enamored of the idea that other people saw nature as being sacred. While over the years her path has wandered through a variety of pagan traditions, now in her mid-thirties she’s getting back to her roots with a very hands-on, grounded-in-physical-nature sort of spirituality. Lupa has written several books on totemism and related nature spirituality topic, and has been creating art with hides, bones and other organic materials since the mid-1990s, a creative endeavor deeply linked to her paganism. She has a master’s degree in counseling psychology with an emphasis on ecopsychology and ecotherapy, and is also a certified Wilderness First Responder (WFR). Lupa works to weave all these influences, together with a love of hiking, camping and other outdoor activities, into a life dedicated to inspiring wonder and awe at the world we all share, human and non-human alike.

Our pen names share an obvious commonality, Lupa, which means She-wolf. We both developed our pen names independent from one another, having crossed paths online years after making them, and so this similarity is a coincidence. Or is it? As shown in our introductions we both feel a strong urge to connect to our ecosystems in a respectful way and strive to live in a way that connects us to the ‘bigger picture’ of the biosphere. Wolves have become one of the most common symbols of the wilderness and efforts to protect and preserve it; as charismatic megafauna, they’re highly visible and easier for many people to feel connected to. You can almost think of them as a sort of “gateway species” to both environmental knowledge and action, and nature-based spiritual and philosophical paths. Wolves entice us back into the wilderness, and they caught the attention of Rua and Lupa early on.

Furthermore, where we reside on the planet a keystone species is the wolf. Why is this important? A keystone is the central stone in an arch, keeping the whole arch held together. Without it the arch would fall apart. Likewise, a keystone species is a species that is so integral to an ecosystem that the system would disintegrate if that species were removed. Mind you, most any single species being removed would have damaging effects. But keystone species’ effects have a much farther reaching rippling effect; the entire region wouldn’t just be crippled, but irrecoverably damaged until a species with a similar niche fills its place. And most every keystone species is a top predator. Predators often become vilified as horrible destructive creatures that need to be exterminated. The irony is that, without them, it is the region that ends up being destroyed. But how can that be?

Without a top predator to eat the weak and sick, those genes end up continuing through the wildlife population, making the whole population less resilient, and more susceptible to disease which can wipe them all out. With a more resilient population, disease related deaths are greatly diminished.

And without regular predation, the population of herbivores rapidly expands and end up eating all the available vegetation and eventually deforests the region. This includes all the new growth that would have normally replaced the old growth as it died away. Without the forest, there aren’t any deep root systems to hold moisture in the soil that provide springs, streams, lakes, creeks and rivers. There would be no more canopies to cause condensation that create the clouds that provide rain, or to shelter the ground surface from rain impaction that lead to increased run-off of the rain leading to severe erosion, losing fertile top soils in flash floods, followed by drought, changing the lands to become arid. This is why in deforested areas the plants that are usually left are very difficult to digest, often being the prickly type. The irony is that a lot of lands have conservation efforts to prevent “non-native” vegetation from reforesting the area, when these lands are actually the more degraded/less diverse versions of their former selves – all because of the removal of wolves and other keystone species.

So when a main predator returns, they ensure only the fittest wildlife provide their genetics to the next generation, prevent overgrazing that allows the vegetation to return which brings back the forests and its rivers.

Naming ourselves after the wolf is an expression of a desire to emulate its far reaching interconnections for a bountiful, harmonious ecosystem that we are a component of. As such, our hope here is to provide a source for making those connections and to be a place to share our stories and approaches to this way of life. Each approach will differ depending on the region you are in – these being called Bioregions. So those who share this outlook would be going the same direction, but following different paths.

So welcome to Paths Through the Forests. 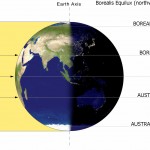