The Altar of Curiosities, Part I

(Featured image is of a cabinet created by Lupa Greenwolf. More info here.)

There’s something about being out in the world that makes us want to bring home little pieces of it. A ticket stub from a movie we saw on opening night. A postcard from a far-off place we were fortunate enough to visit. A work by a newly-discovered artist whose creations speak deeply to us.

It’s the same way when we wander out into less human-dominated spaces, from parks to cultivated fields to deep wilderness. Something in those places compels us to capture the moment through a physical link that we can carry away with us. It may be a little trinket from the park gift store–but for some of us, a little piece of the place itself is the only thing that will do.*

For several years I’ve been collecting tiny bits of places that have especially resonated with me when I’ve visited them. Some of them are locations I’ve been to several times; others, that I’ve only been to once and am not likely to return to any time soon. From each I took a small stone, an evergreen cone, or other tiny memento, and arranged them into a “place altar” in my bedroom.

These aren’t just souvenirs, though they do serve to remind me of adventures past, and beckon me to venture out again. On a different level, my place altar is a microcosm of the world I’ve visited and connected deeply with–admittedly a relatively small slice of the planet as a whole, but I have to start somewhere, right? Still, when I look at that altar and meditate on it, I’m not just seeing disparate parts, a little bit from here, a tiny touch of there. Instead, it’s a map of a greater whole, and I can trace my movements through it over the years, and the growing network of places that have embraced me.

It’s a system that’s very much based on my relationship with the land and its denizens. Each memento keeps alive the connection I made to the place I brought it from, and the altar as a whole is like having a direct line to each of a circle of friends; all I have to do is pick up my end.

I talked in my last post about power spots and sacred sites and while I still maintain that no single place is inherently more sacred than any other, I do strongly acknowledge that people can have particularly strong personal and cultural ties to a specific place.

I tend to think of the places represented on my place altar as personal power spots. They may not necessarily be special to much of anyone else, but after I’ve visited them I feel rejuvenated and recharged, and they’re especially good places for meditation, ritual and the like. I’ve also been able to draw memories of inspiration and refreshment from some of them at a distance using their representations on my altar, sufficient to help me feel better in the moment.

Of course, it’s not a one-way street. If a place is going to give to me, then it is only proper to give back, and not just to keep it in prime condition for my purposes. When I visit these places, I pick up garbage and I try to tread as lightly as I can. In more heavily-traveled areas, I’ve frequently found myself acting as an impromptu trail guide to tourists and others, and I’ve also pointed out interesting natural features to people I meet–a turkey vulture coasting an updraft overhead, for example, or a tiny flower hidden in the underbrush. Even if I’m not able to visit all of them regularly, the altar serves as a daily reminder to care for these places; I don’t particularly believe in the efficacy of “sending energy” to a place, but I definitely invest in actions like contacting the appropriate officials if one of these places is threatened by pollution, development, etc. And if I were to do rituals to augment these actions, even if only in my mind and personal resolve, the altar makes a good place to offer these intentions to act.

* Within reason and legality. Many national, state and local parks prohibit people from taking specimens from the place. In those cases I’ve often just picked up a small piece of gravel from the parking lot, or ponied up for a more nature-centric souvenir from the shop if applicable. I’ve even buried small items at the place and left them for a period of time to “soak up” a bit of it, and then retrieved them at a later point, but I’ll talk more about that in the third installment of this series. 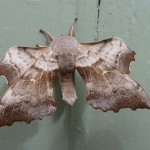