During the transition between the Solstice and Equinox earth is oriented with borealis’s pole further from the sun, and australis’s pole coming closer.

In Borealis the days are getting shorter, seeing the earth’s daily turning view of the sun closer to the southern horizon. Within the Borealis Polus Axis the sun is visible for all 24hrs of a day with the exception of the polus axis itself where the horizon blocks the view of the sun for a few hours.

South of the Borealis Polus Axis, and where the majority of earth’s population is (at and just north of the Borealis Sol Axis with the addition of Southern & Western Europe) It is the beginning of harvest season, monsoon season is on where monsoons occur, it is mid-hurricane season moving towards its peak in the Atlantic, and it is peak typhoon season in the western Pacific.

For the Tropics, this is when the Tropical Rain Belt is at its most northern point in the year (hence the monsoons). On the continent of Africa the rains on the Ethiopian and East African mountains would bring the flooding of the Nile to its peak this time of year.

The equator will be seeing the daily turning view of the sun closer to the center of the sky from the north.

For Australis the days are getting longer with the daily turning view of the sun becoming higher along the north horizon.

South of the equator it is the coldest time of year and the driest for most regions, with the exception of rain forest regions which remain mostly constant throughout the year and mediteranean climates which get their peak rainfall this time of year. Certain regions are having a second harvest or sowing.

Within the Australis Polus Axis the sun isn’t visible at all,  but at the polus axis it is night with nine hours of twilight, and at the pole it is constant twilight.

In Borealis, most of the climes are celebrating the beginning of the harvest season. In particular the first grains and fruits of the year.

Various activities around this time of year include: Ceremoniously harvesting the first corn or sheath of grain, a blindfolded individual harvesting the last sheath of grain, going out for berry picking, bringing the various grains harvested as offerings to the local rivers, celebrating the floods the monsoons bring with its fertility used for the second sowing with floating offerings of in season vegetation, sowing for second harvest in general, offerings of various sorts are tossed into various water bodies to seeking blessings from a deity or spirit of the area, decorating selves with feathers moulted by birds this time of year for celebrating fledging from home and for attraction in courtship, giving heart shaped pastries from the first harvest of grain and fruit as a courtship offering, Handfastings and weddings, ceremonies of thanks for harvest of grains and fruit, feasting, fire baking bread, wine making, libations of said wine, and rituals to prevent wildfires.

In Australis,various activities in Australis include: visiting well springs, offerings made to spring and spring waters gathered for use as blessings, bonfires, preparing materials to be used for celebrations in the coming year, greeting cards with hidden messages sent to loved ones, scavenger hunts, crafting gifts for babies yet to arrive in late spring and expecting parents, house cleaning and house warming parties. 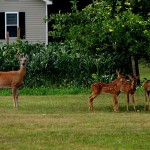 July 28, 2015
Our Deadly Lack of Nature Literacy
Next Post

August 4, 2015 Romanticism Runs Rampant: Ancestors, Indigenous Peoples, 'Natural'
Recent Comments
0 | Leave a Comment
Browse Our Archives
get the latest from
Pagan
Sign up for our newsletter
POPULAR AT PATHEOS Pagan
1