I’ve Learned To Love the Rain

I grew up in Missouri, where summers are hot, dry, and punctuated by strong thunderstorms. The muggy heat isn’t so stifling as in the deep South, but you’d better pay it respect and drink your water; I learned that the hard way after getting floored by heat exhaustion in the middle of softball practice one year. Look off to the southwest: if you see a bank of dark clouds approaching over the rise, make sure the car windows are closed and you have a flashlight handy in case the power goes off.

My parents always valued the sun over the rain. My dad cursed the clouds–still does to this day. As a young child I watched my parents carefully, sure they were the purveyors of truth. So I became a sun baby, reveling in long afternoons with my skin getting browner and my hair getting so blonde it was very nearly white. I glared at the weatherman on TV any time he predicted a low pressure line would sweep away the sun and bring a hem of clouds in its wake.

I had mixed feelings about the storms, myself. On the one hand, thunderstorms gave birth to tornadoes. Thanks to years of tornado drills in school, post-storm wreckage on the nightly news, and an apocalyptic religious tract that claimed the world would be destroyed by a rampage of  black funnel clouds, I lived in terror of deepening skies. Yet there was something that kept me watching out the windows when a late night storm would roll through. The wind might be snarling just outside, the street light would bow to bright white flashes of lightning, and I could barely think over the rattle of rain and hail. But there was a peace to it, too. Safe in my home, I was the calm at the center. 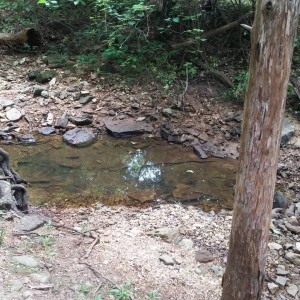 At the time I didn’t understand the greater weather patterns; I’d rarely left my Midwestern basin on the northern edge of the Ozarks. Drought seemed far away, and forest fires happened far out west. Hurricanes blew down to grumbles by the time they reached our doorstep. All I knew was a predictable cycle of spring and summer’s stormy-sunny patchwork, the calmer days of autumn, and winter with its layers of ice, snow, and wood smoke.

In moving to Oregon I gave much of that up. We rarely get snow in Portland, and when we do it only lasts a few scant days before it melts away in forty degree chills. We have brief stretches of ninety degrees or more, and 2015’s been unusually hot, but it’s dry and rarely pauses to rain. It’s not until autumn that our lakes and aquifers refill, and winter is a further time of burgeoning hydration.

What I didn’t mention in that passage was storms. We simply don’t get them. You might get a rolling mass of lightning off to the east beyond the Cascades, and sometimes Washington gets hit with microbursts. But Portland’s unique geography and microclimate leave us largely storm-free. Our rain comes in quietly poured-out buckets, and thunder is cause for excitement.

I’ve found in recent years that when I return to Missouri during summer, I’ve eagerly anticipated these absent storm systems. I respect the chance of violent winds and funnel clouds, and I wisely stay indoors when the lightning starts up. But I dance in my heart when the southwest skies glower, and I get ready for a show the likes of which are rare in my life now.

More importantly, I’ve learned to love the rain. Since leaving a place where sun was more highly valued and rain despised, I found new ways to see the world. You can’t hate rain if you live in the Northwest; you simply won’t survive very long. It’s a fact of life for eight months of the year, and if you let your life come to a halt any time the sun hides away, what’s the point?  So I walk in the rain, I run in it, I hike in it–I haven’t yet camped in it but that’s because I’m something of a wuss.

And yes, I do still love my sunshine. Even as I’ve fretted over the drought in Oregon this summer, I’ve also taken great advantage of the dry conditions to go hiking, backpacking and exploring. The rain will be back with a vengeance thanks to El Niño, and I welcome it with open arms.

No longer do I curse the clouds; no longer do I consider a rainy day to be one wasted. They’re like two beloved friends, the sun and the rain, and I entreat them both to my home. 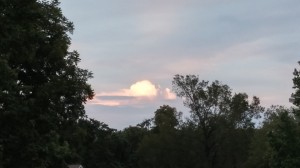