Have Pagans Gotten Burned Out On Environmentalism?

When I first became pagan twenty years ago, it was common for “paganism” as an umbrella term to be summarized as “earth-based religions”. As the internet facilitated further discourse on what paganism is and isn’t, pagans began differentiating between paths that were based in nature, and those based in the reconstruction of pre-Christian religions, or rooted firmly in the veneration of deities, or other things that “weren’t nature”. Over time I saw more and more of a backlash against the automatic assumption that pagan = environmentalist (or, for that matter, that pagan = progressive). At first I was offended, as earnest new pagans often are–but then I began to think about it more.

Two parallel forces were changing my perception: the greater discourse of “what is paganism” as more people joined the conversation, and my own widening worldview as I left the small town I grew up in and began to explore more of the United States in detail. So my little world in which paganism was a nature religion ended up exploding into a wider diversity. I am, of course, completely okay with this, and I appreciate the ability to choose from a greater selection of path-accurate labels besides “Wiccan”, “Druid”, “Asatruar” and “Goddess Worshipper”.

One of the most important shifts in discourse about paganism is the increasing discussion on social justice issues within the community. From the barring of transgender women from “women-only” rituals at major pagan events to ongoing issues with both overt and more subtle racism in the community to pointing out where events and other venues are not wheelchair-accessible, we’ve been challenged to question our assumptions on just how diversity-friendly our spiritual subculture really is. And it’s not just talk, either; action has been a big part of the dialogue. I was at the silent protest at Z. Budapest’s “no trans women women’s ritual” at PantheaCon a few years ago, and I’ve been pleased to see the event organizers’ work to be more inclusive in subsequent years. This has led to more changes from events, organizations and other entities to be more inclusive.

We’ve still kept talking about environmentalism and the Earth, of course, to varying degrees. Non-human nature gets a lot of lip service in popular pagan songs, chants and rites. And a lot of pagans are environmentally aware and doing their best to live more earth-friendly lives while also being conscious of their own financial, physical and other limitations. But there’s not the sort of community watchdog activity that social justice has been getting the past few years in the pagan community. Is it that social justice is finally getting the attention it needs in the community, and activists are making up for lost time? Or is the reason we aren’t having discussions about, say, greenwashing at hotels hosting our events or looking at whether the crystals we buy are strip-mined or not because we’re just sick of complaining about environmental ills?

Let me make this very clear: I am in no way saying we’ve been putting too much attention on the social justice work that’s been done in paganism in recent years; on the contrary, I encourage and welcome it, as it’s long overdue. I’m just wondering why we aren’t having the same sorts of hard-hitting criticisms of the enabling of environmental problems in the pagan community. Is it that we’re burned out and apathetic because paganism and environmentalism have been so seemingly intertwined over the decades? Is it that “the environment” is such a huge set of problems and needy places that we feel overwhelmed? Perhaps it’s because social justice is something uniquely human, and so once again we find it easier to get mad about something that’s about us, and we forget that a lot of environmental issues are also human rights issues issues. I’m really not sure.

It could also be because we’re more used to looking at multiple possible solutions for a given environmental conundrum. One big issue, food sustainability, can have more potential responses that many people would consider acceptable. For some people strict veganism is the way to go; for others, raising their own crops and livestock is the end goal; for still others it’s about reducing food waste throughout a broken distribution system. And often people adhere to multiple solutions to environmental problems in varying degrees; a person may try to reduce food waste by using all the food they buy, and also raise some edible plants on their porch but choose an omnivorous diet that includes both free-range and factory-farmed meat because they can’t afford all free-range. This means there’s generally not one accepted “best response” to a given environmental issue, which can make it tougher for pagans to unite under one effort.

Still, I think environmentally-minded pagans can learn quite a bit from those bringing social justice issues to the forefront in our community. I’m talking about more actively questioning deeply-ingrained habits and practices within the pagan community that can be harmful to an already deeply-stressed planet: not just generic “Be nice to the earth” posts or condemning pagans who use paper plates as being sinners against an angry Mother Earth, but more focused examinations like my post on cheap yet unsustainable ritual tools, which also explains more eco-friendly alternatives for those on a budget. And that brings up the important second part of this action, that we need to be offering up realistic solutions to those pointed critiques. That way when someone becomes aware of a problem they didn’t know existed, they also have a proposed way to improve the situation. (I have to thank my co-blogger, Rua Lupa, for being an inspiration in this regard; if you check out her history of posts here, particularly in the Cultural Quandaries category, you’ll find some nice in-depth discussions of problems and solutions.)

Admittedly, my thoughts on this are still somewhat shaky. So I turn this to you, dear readers: am I off the mark, or is there something to this concept that paganism has become increasingly apathetic toward environmentalism? 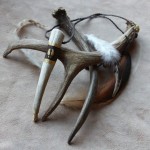