During this transition between the Solstice and Equinox the planet’s orbit has the southern hemisphere (Australis) orientated a bit further away from the sun and the northern hemisphere (Borealis) becoming more oriented toward it.

For Australis it is the hottest time of year and the wettest for many regions. Most of the warmer regions would now be experiencing their harvest and/or preparing for a “winter growing season” that is better adapted to colder temperatures and less daylight. Some species begin their migrations north.

For the Tropics, this is when the Tropical Rain Belt is almost at is most southern point in the year.

In the temperate regions south of the Borealis Polus Axis, excluding West and Southern Europe (because of the warm ocean currents in that region of the world), it is the deepest of winter being the coldest time of the year. Around the Borealis Sol Axis, with the addition of Southern & Western Europe, spring is coming into effect with sprouts and flowers becoming visible.

South of the Borealis Polus Axis, with the exclusion of South and Western Europe, a great many communities are hosting winter festivals for this coldest time of year, including activities of snow sculpting, ice fishing, ice skating, sledding, dog sledding, horse/reindeer pulled sleighs, skijoring (dog team, horses, or reindeer pulling a skier) and so on before the snow melts in the following months.

For the warmer climes of Borealis, there is more focus on the coming warmth and light of summer, banishing the dark, cleansing (ritually with fire or through diet or with thorough housecleaning) and celebrating the beginning of spring. Many regions celebrate with brilliant colours, a healthy dose of mischievousness and youthful gaiety in the excitement of spring. As the night still comes early for both climes, there are usually fireworks, bonfires and light displays during or marking the beginning or ending of the festivities. Because of the noticeable increase in day length, along with the coming new growth, many cultures have their new year starting around this time.

In Australis, various regions are having the summer harvest coming in and the winter planting season soon beginning.

If anyone knows of other annual celebrations and festivities that reflect the current season that are not in the chart, please post them below – they will also be put in next year’s post. 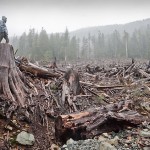 January 25, 2016
Have Pagans Gotten Burned Out On Environmentalism?
Next Post