This last weekend we went to a large park with the kids and as we piled out of the van I noticed a Mennonite family was there.

A teenage girl followed a toddler around the park, both of them wearing the long plain dresses that hid every shape of their young bodies. The mother sat on a park bench quietly watching while the husband and brother stood nearby arms folded, grimly surveying the area. I watched a young girl about age 9 climbing quietly up and down the play structures, her ankle-length dress billowing around her, her hair tucked into a small bonnet.

I have memories of playing at the park in similar attire. I didn’t grow up in a Mennonite family, but we emulated them in our modesty standards. I remember trying to climb trees in skirts. I remember little boys trying to sneak looks up my dress while I played on the monkey bars. I was covered physically by the shorts I wore under my dress, but I did notice that they never bothered the girls in jeans. The extra attention was just the price of being “modest”.

I remember being trying to be modest in my behavior, was I being careful in the way I carried myself? Everyone knows that flat shoes are more modest, heels could make your hips sway and that would be too alluring. I remember reminding myself to be quiet, “Godly women” are chaste, quiet, meek. Trying not to make eye contact, because that could be flirtatious, and we should avoid all appearance of evil. To this day I find myself breaking eye contact and looking down while talking to men.

It was weird what memories resurfaced watching the “modestly” dressed little girls play at the park. I remember being that girl.

As we played at the park, my girls were in t-shirts and the little knee length skirts that they love, with the shorts built in. But suddenly I was uncomfortable, very aware of their bare little legs. Were those men watching them? I felt objectified, suddenly feeling the need to be protected by a long skirt, and wondering if I should have dressed the girls more “modestly”.

It felt creepy to be around them.

Proponents of extreme modesty would say that I was feeling exposed, because I was wearing only jeans and a t-shirt. So I was immodest and therefore felt objectified.

But the real reason I felt objectified was because I know about their extreme awareness of the female body. 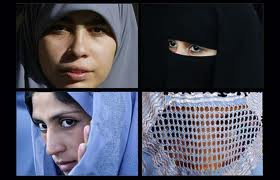 I remember being acutely aware of my body. Was too much skin showing? Were my legs too far apart to be ladylike? Had I tucked my skirt between my legs before swinging on the swing to keep it from flying up and exposing my legs?

I remember being aware of other people’s bodies. That woman in a sleeveless top, did she know that a bit of her bra was showing around the armhole? That girl’s pants were too form-fitting, showing the shape of her rear, how sad that she didn’t understand that she was making herself a sex object by dressing that way. I was trained to notice any little thing that could be “immodest”.

Having an excessive modesty mindset trains you to notice anything and everything that could be possibly construed as sexual. I remember several years ago a young mom in my church complaining that “you can’t take your kids anywhere these days” illustrating her point by a story of her 6 year old son asking her why the lady jogging by in shorts was so “immodest”. Six years old, and already he was in training to see women as sex objects.

Excessive modesty teaches men to objectify women, and it trains women to think of themselves as sex objects. This is the opposite of what the excessive modesty mindset sets out to do. How ironic?

This post was linked at InsideCatholic.com and there were alot of comments there as well.

August 6, 2010 Quick Takes #24
Recent Comments
0 | Leave a Comment
"As a new mom, even if my daughter is a toddler now, weaning is really ..."
Lynn Toh Weaning my Tandem Nursed Toddler
"So, I came across this post for the first time today, two years after it ..."
Sheila Warner Finally Heard? The Duggar Aftermath
"Just wanted you to know that I keep checking occasionally for updates, and I hope ..."
William Burns Brave New Life: Part 7: The ..."
"> How does that make sense?It saves them lots of money."
Tim Locke How I lost my fear of ..."
Browse Our Archives
Related posts from Permission to Live