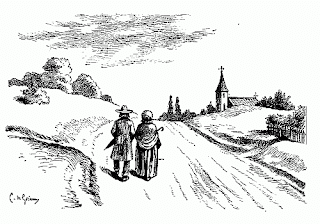 I have always been a Christian.

I cannot remember a time in my life where I doubted the existence of God and his involvement in my life.

Today its another story. This blog has been sounding a bit schitzo lately, because for the first time in my life I simply don’t know.

Some days I am convinced that God is there and that I want to serve him. And the next day I wonder why I ever believed any of it.

I grew up in a family that was too Christian for church. I was baptized as a 2 year old in an Assemblies of God Congregation. It was a believers baptism, so I guess I must have been able to lisp “I love Jesus” or something like that. We went to church, here and there. We moved alot when I was young, so the churches changed quite a bit. My parents were ex-catholic’s who had never really settled on a protestant denomination, we were bible alone type of people. And every church we went to added stuff. At least that was why Dad said we weren’t going back.

My last childhood memory of consistent church attendance was when I was 8. We attended a small non-denom, slightly pentecostal church. With few elders and a very old minister. We went there for almost 2 years.

Then we moved again. Almost simultaneous with the move, we became more rigid than ever. We wore dresses only now, all participation with homeschooling groups and co-ops ceased.

We tried out many different churches. But there was always something that didn’t add up.

The songs were too modern, or they had a praise band. They had a “Harvest Party” around Halloween time, and that was just as bad as Halloween itself. The preacher was too young, the elder’s families weren’t living godly lives, the women were “immodestly dressed”, they had a nursery or Sunday school that separated the younger children from their parents. And usually, the sermons were incorrect in some way. We spent the ride home talking about what had been wrong with the teaching.

So we “home churched”. For 9 years. My Dad read the bible aloud to the family every day, and told us what the passage meant. We prayed every time we read the bible, at every meal, and every bedtime. Christian music and devotionals (including study bibles) were not allowed, because it was almost impossible to censor them. Besides, who knew if the people writing those books or songs were really living christian lifestyles or not?

When I was almost 19, we began attending a fundamentalist, Quiverfull church that sang hymns with piano accompaniment. I don’t know why we stuck with that church, Dad still disapproved of the Elders families, and the age of the minister, and some of the teaching. But stay we did. And that is where my husband and I met, courted and married over the course of the next year.

I’m not sure I can fully explain what has happened. I was excited to attend church at first, but over the next 3 years, it felt like everyone was trying to interpret God for themselves and everyone else. The rampant disapproval that Christians have of other Christians based on their own biblical findings was very discouraging for me. I thought that people that attended a church would be more united in Christ and committed to loving one another without judgment. But I was wrong, it was everywhere. And as a newly minted minister’s wife, I felt it even more.

Part of the initial appeal of the Catholic church was the hierarchy. Finally! An authority outside the local body! A church that had stayed united for 2000 years! An amazing Catechism that applied to everyone’s life! Pastor-personality cults would be eliminated, because all pastors would be required to adhere to the same teachings. And every faithful catholic could have a place to go to and get the same answers. Finally Christians could stop arguing and worrying about how to live a Christian life, and just do it! But again, I was wrong. Judgement was still there.

Now people interpreted the magisterium to support whatever their beliefs were. Catholics criticized other Catholic’s, calling each other radical’s or cafeteria catholics. People with lots of children might not be responsible parents, and people with smaller families were assumed to be using birth control. Catholic’s with strong personal preferences for certain worship services made fun of other types of worship. Catholics judge how other people school their children, they judge how often you go to confession, and who you vote for in the elections. Some Catholic bloggers leave nasty comments on non-catholic blogs (And I’m not talking abut my blog here) all in the name of defending their perception of truth.

In all of this, I’ve found myself less and less willing to call myself a Christian of any kind. I detest the God that the activist Christian portrays, what they say He demands of us. I would never desire that my kids be that kind of Christian. I would rather have my kids be nominal Christians than fundamentalists. I’ve tried telling myself that I don’t have to be that kind of Christian. I can be a Christian that actually loves people, refuses to judge, accepts everyone, shuts my mouth and evangelizes solely by the life I live.

But I am afraid.

When I read the bible or the catechism, I hear the extreme. I don’t know how to be a “normal” Christian (if that even exists). Deep down I feel that if I let myself get sucked into religion again, I will let it become the drug that it is for so many Christians. Instead of using it to beautify my life, I will use it to control and judge the lives of others.

In my fear, I have pushed further and further away from the faith. I don’t talk about God to my kids, I don’t read the bible, I don’t listen to Christian music, I have a hard time reading Christian books. I still pray, but I just can’t handle anything else religious. Anything overtly Christian seems to be lying in wait for the moment that I relax my guard so it can jump in and change me back into that person I don’t want to be.

And that scares me.

September 16, 2010 Mommy Guilt and Taking Care of Myself
Recent Comments
0 | Leave a Comment
"As a new mom, even if my daughter is a toddler now, weaning is really ..."
Lynn Toh Weaning my Tandem Nursed Toddler
"So, I came across this post for the first time today, two years after it ..."
Sheila Warner Finally Heard? The Duggar Aftermath
"Just wanted you to know that I keep checking occasionally for updates, and I hope ..."
William Burns Brave New Life: Part 7: The ..."
"> How does that make sense?It saves them lots of money."
Tim Locke How I lost my fear of ..."
Browse Our Archives
Related posts from Permission to Live