Early this year, I linked an article on the death of Lydia Shatz on my IRL facebook profile and mentioned that the Pearls teachings can be dangerous. I was challenged by several facebook friends that defended spanking and Michael Pearl, and asked how I could say that spanking could be dangerous when I spanked my own children. So I “came out” on facebook as a non-spanker.

The incessant questions (What on earth did I do for discipline now? Why did I stop spanking? Did we really NEVER spank at all? What could be wrong with the teachings of Michael Pearl?) led to me writing a note on my profile to answer them all. That note got over 20 comments, mostly disagreements.

I wasn’t out to start debates. I’ve never said that I have figured out “the only way”. But the honesty I have on this anonymous blog is becoming kind of addictive, and it has been spilling over into other areas of my life. When there is a discussion about discipline, I can not longer list my children’s terrible deeds and brag about their severe punishments. When people talk about how everything in their marriage would be perfect if only they could be submissive enough, I can’t help but say that it did not help mine. I even linked a blogspot written by an atheist (!) who I thought had some great points on what is challenging the church today, and that (of course) sparked another facebook debate, and a phone call from a sister concerned about my faith walk, and an email from my Mother who told me that my focus must be slipping off of Jesus.

I haven’t really minded most of it, it’s par for the course, and being honest and authentic is worth a bit of fuss here and there. And who knows? Maybe someone else thinks in similar ways to me and will be encouraged that they are not the only one.

But recently, the drama thickened. 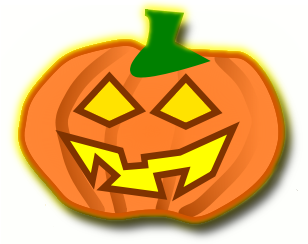 Last month on a private facebook thread between my cousins, sisters and me, there was a discussion on the evils of Halloween. The conversation was started by my cousin, who is becoming more and more fundamentalist everyday. She complained that she wasn’t getting any support in her boycott of the evil holiday, and asked what we thought. I was the only one who replied that I was not afraid of Halloween anymore. I linked a great article on the religious meanings of Halloween, and explained how I grew up afraid of Satan and hiding in our dark house on Halloween night, and that this was the first year I was not going to lock up my house and hide in the basement.

After lots of other contributions and discussion from everyone, my cousin concluded that she trusted that my parents (whom she idolizes) had made the decision to boycott most holidays “after lots of prayer” so there must have been a good reason behind it.

That statement kind of nagged at me, and eventually I replied saying that “lots of prayer” doesn’t really mean fool-proof decision making. My parents made decisions to be without a church, have their girls dress in excessively modest clothing and forbid them from college, all based on “lots of prayer”. Prayer alone doesn’t always lead to wise decisions and Christians should try to stay in community and be open to the input of fellow Christians.

After that things went south. Sister4 jumped in and said that I must be really bitter if I was bringing up anything from my childhood that I didn’t agree with, and that mom and dad have learned from their past mistakes and changed.

I tried to explain that while I understand that a lot has changed since I got married and moved out, there were many excesses in my childhood that hurt me, that I am being honest about it now (and have even talked to my parents about them recently!) and that honesty has been really healing for me.

Sister2 (who had been silent on this conversation, but has supported me as I’ve sorted through my past since she had much of the same experience ) called me on the phone and warned me to be careful trying to talk about anything in the past.

It was too late, my cousin concluded by saying that she has always been jealous of how my sisters and I were raised, Sister4 claimed that she had never been negatively affected by the excesses because she didn’t believe them, even when she was a child, I had apparently been much more gullible than her.

At this point I was still doing OK. I had known from the start that no one would agree with me, and I wasn’t out to convince them or get validation from them. I was disappointed that my experiences were completely discarded, but I am used to that by now. I wasn’t about to go back into parent worship and lie and say that my childhood was perfect. I’ve finally figured out that loving and respecting my parents doesn’t mean that I have to agree with everything they say and parent the same way they do.

Things seemed to be blowing over, I had been authentic with siblings for the first time! I felt proud that I had been brave enough to say that my childhood wasn’t perfect! And then, Sister3 arrived on the scene. I thought I was brave and strong, but all my doubts and self-blame came flooding back, and suddenly I was physically shaking as I read her accusatory note.

She wrote, “How dare you say that stuff!? You’ve blown things way out of proportion. Of course mom and dad didn’t do everything right, but they are the most loving dedicated parents in the world! Have you ever stopped to think that your “tortured” past is your own fault? You should stop taking everything so personally.”

I tried to explain that I love and respect my parents, that I am amazed by how much they have changed and grown since I got married, that it was never my intention to “complain” or “exagerate”, I’ve just gotten to the point where I don’t feel the need to pretend that everything was perfect anymore. And that while I have been angry about some of the things in my childhood, I am not bitter about it, because I am working through my feelings honestly.

But no one was listening anymore. Sister3 told me I was being “spiteful” and “cruel”, that I talked about my childhood issues excessively, and that mom and dad have never been anything but approving of me, she was there, so of course she knows these things.

Had she forgotten? Or just chosen not to remember? How could she fail to recognize that she has the job, school, friends and freedom that I was never allowed? Or was I just blowing things out of proportion? For the first time in months I questioned myself, was I “taking everything personally”? Was it “spiteful” and “cruel” to talk about the past? Maybe my past pain was my own fault, maybe if I had just been more obedient and self-sacrificing and happy everything would have been fine.

Since then, I haven’t been on facebook much. I was surprised by how much her words hurt. So much for being strong and independent! I haven’t had much contact from anyone in my family since then, and that has been a bit frustrating too. Are they just busy? Or are they ignoring me on purpose? I started my facebook account so that I could keep in touch with family, but since the changes in my perspective towards life, that has done nothing but backfire. I’ve contemplated shutting my facebook account down, but despite it all, I like to be able to keep up with the news in my families life.

Usually when things with family get dicey and everyone refuses to talk with me, I just pretend none of them exist for a while (OK, it’s a little embarrassing to admit that!), then I can focus fully on my husband and kids without worrying about any of the drama. But this time pretending hasn’t worked, because we are scheduled to go on “vacation” one week from yesterday. 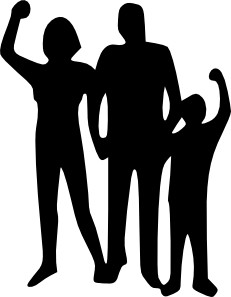 We will be headed down to visit with both our families and attend my sister-in-laws wedding. I love my family, I miss my little brothers and sisters, I miss hanging out with my mom and dad, I miss my grandparents. I want my kids to have a relationship with their grandparents. But we usually spend the whole trip down dreading the family pressure and criticsm, our whole time there trying to evade conflict, and come home from the family visit exhausted and doubting ourselves. Our last trip a few months ago was particularly hard for me, and after this facebook drama I’m not really looking forward to this trip.

I want to believe that I will be strong and confident, that I won’t be effected by judgement or negativity. That I will parent my children without questioning myself. That I will enjoy what my family does have to offer and not be effected by what is lacking. But it is harder than it sounds. And I have been feeling pretty overwhelmed the last month anticipating a whole week spent with family.

How do you prepare for family visits? What are some of your strategies for dealing with stress?
Previous Post

November 20, 2010 Blog Anniversary and The Art of Community Life
Recent Comments
0 | Leave a Comment
Browse Our Archives
Related posts from Permission to Live