Motherhood after growing up Quiverfull: Part 3 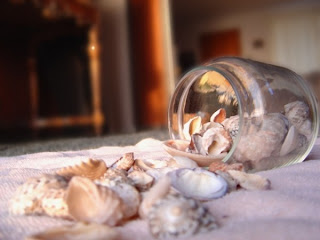 As I’ve related some of my story, I’ve found that many people that latch onto the idea that “too many children” is what causes the emotional and spiritual abuses and overworking of older children that Quiverfull families can experience. I’m not convinced that is the whole story. Yes, having many children can add to the physical exhaustion of the parents, it definitely stretches the parents thinner. But I don’t think that once you exceed a certain number of children you magically hit a threshold of “too many” children. The many children is just one factor in the recipe.

I find that the performance mindset that seems to pervade these families is brutal. And it’s not just Quiverfull families either, although the performance mindset is heightened by their theology. Children are no longer added one at a time by the mutual consent of each parent after evaluation of the families resources and abilities, now they are a forgone biological conclusion. This puts stress on parents to provide whatever living standard they have decided they want to maintain for a constantly growing family. Add to this the common beliefs in the mindset about being completely debt free and owning your own home and you have families trying to force the impossible.

When J-O-Y (Jesus first, Others second, Yourself last) is taken to the extreme you have a problem. Now the parents (or spiritual leaders) are defining what “putting Jesus first” means (having many children, staying clean from the world, financial independence), putting others first becomes “the group is more important than the individual”, and putting yourself last turns into any self care or individual interests being “selfish”. The parents are not asking of the kids what they are not already doing to themselves. The work of everyone is required to “obey God’s plan for the biblical family”, the children are exploited to achieve the family’s vision, as well as preparing them for “God’s service” (which means having their own Quiverfull families someday.)

I have good memories of growing up in a large family. Before age 10, I remember being able to get my homeschool done before noon and spending hours outdoors playing with my sisters.

I had chores. I collected and sorted the laundry, I either cleared the table or swept or did the dishes after each meal, made my own bed, and I was in charge of getting breakfast on the table each morning after age 8. I helped my mom fold laundry, and I changed diapers sometimes. But at this point in my life I never felt overwhelmed.

My mom was in fairly good health, I was always able to get my schoolwork done, I had lots of free time to play. We did alot of the chores together with my mom, which made it fun. We were going to a church regularly, we even had some outside involvement in a girls club and a homeschool co-op, both of which I loved.

After that, things started to change. We moved, stopped going to church, and ceased all activities outside of the home. Until I started weekly violin lessons several years later, I sometimes went months without leaving our home. We became more serious about modesty and patriarchy, and my parents were intent on training their girls to become future keepers-at-home and mothers.

I don’t believe it was ever my parents intention to overburden me as a teen, but I think it was fairly easy to do. With as many siblings as I had, my mom could be busy with the needs of children, housekeeping and homeschooling and not realize that she was asking me to do so much. Asking your teenage daughter to change a diaper doesn’t sound like a big deal, but over the course of a day those requests would add up to many diapers, cleaning rooms, doing laundry. Watching, feeding and bathing and tucking children in for bed added to the chores, meals and schoolwork that were already assigned to me.

My Dad was working very long hours, trying to get a business of the ground to support his growing family, so my mom was often going it alone. Mom was usually pregnant or nursing, as well as homeschooling all of us school-aged children. In the last few months of each pregnancy she was often completely exhausted. 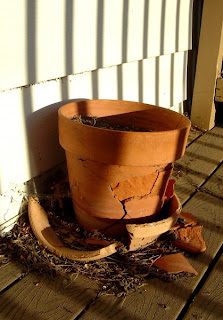 But I am convinced it wasn’t merely the number of children that caused her ill health. It wasn’t until I started repeating the pattern of J-O-Y, that I realized my mom never took care of herself. Mom rarely went anywhere, not even outdoors. She would forget to eat sometimes, much less remembering to take her supplements. She had few friends, and no hobbies. She did not exercise, and now that I look back, I realize that she was depressed. She also had many severe migraine headaches as well as infections that would leave her bedridden.

I look at my mom today, who is actively involved in a church and ladies bible study and homeschool co-op. She now dresses the way she likes, eats better and takes her supplements, and she is healthier. She is a happier and livelier woman now, than the mom I remember even though she is older and still has 7 children under 18 (Ages 17 down to 18 months) living at home that she is caring for and homeschooling. I wish that she had valued herself beyond her role as a mother when I was a child.

As for me, I wanted my Mom to feel better. I wanted to be the help she needed to get back on her feet. I worked hard to try to please my parents, and when I did try to tell them it was to much for me to handle, I was encouraged not to be “selfish”. When I was 18, I had a job working 13 hours a week, my parents told me I needed to quit so that I would have more time to help out at home, I felt like I had no other choice. My hope was that if I managed to get alot of the dirty work done, then my mom would have more time to have fun with the kids and give them more individual attention.

I don’t resent having chores to do as a child, but I was very depleted throughout my teen years. The interests and importance of each individual, was sacrificed for the whole. I see how my doing the work of a mom while I was still a child influenced my understanding of motherhood and my behavior towards my own children. I am saddened over missed opportunities of school and experiences I could have had if I had not been Mommy#2. I am serious about never allowing myself to become so overwhelmed that I cannot see when my children are feeling burdened. I am grateful that even though I was exhausted and burnt-out from parenting before I ever became a mom myself, that I still had the desire to have children. Because I would never trade my babies for anything. 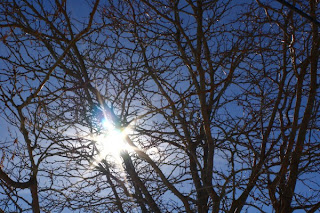 I remember when I was eleven, I told my mom I did not want to grow up. I wanted to stay a little girl forever. She tried to tell me that being a grown up was nice, but all I could see were the responsibilities continuously added to my plate, and I had none of the supposed privileges that came with age. Now I am understanding how life can be lived more fully, and I want my children to have that same opportunity.

January 12, 2011
Motherhood after growing up Quiverfull: Part 2
Next Post

January 18, 2011 It's cold
Recent Comments
0 | Leave a Comment
"As a new mom, even if my daughter is a toddler now, weaning is really ..."
Lynn Toh Weaning my Tandem Nursed Toddler
"So, I came across this post for the first time today, two years after it ..."
Sheila Warner Finally Heard? The Duggar Aftermath
"Just wanted you to know that I keep checking occasionally for updates, and I hope ..."
William Burns Brave New Life: Part 7: The ..."
"> How does that make sense?It saves them lots of money."
Tim Locke How I lost my fear of ..."
Browse Our Archives
Related posts from Permission to Live