I Am Not My Parents

Patheos Explore the world's faith through different perspectives on religion and spirituality! Patheos has the views of the prevalent religions and spiritualities of the world.
This post has been finished for weeks, but for some reason I haven’t felt brave enough to post it. I can’t find anything else to tweak, so here I am closing my eyes and hitting publish.

When I first started differentiating from my family, I was mostly angry with my dad, because I saw him as the enforcer of the ideas that promoted abuse in my home growing up. I remembered all the mind games and excesses, the hurtful statements and the spiritual manipulation. I felt like my mom was perhaps just an innocent bystander who was not strong enough to separate herself from his agenda.

As I worked through a lot of the pain from my dad, I started to see both of my parents as victims in a way, victims of their own past as well as victims of the theology they subscribed too. They wanted to raise us in love, but their past as well as their beliefs were crippling them, and I was afraid.
I was afraid that the theology I was raised with would taint my own child rearing. Afraid that the abuse in my past would get passed on to my own children. That despite all of my efforts, I would hurt my own children the same way my parents hurt me.

Recently a few things have happened to change this. First I talked with a sister who shared a time that my Dad had completely lost it and treated her in a way that would be classified as abusive by pretty much anyone, even the people who followed the strict religious ideas we did. There was no way I could attempt to explain this abuse away as “discipline”, this was plainly and simply abusive. The sort of thing that my parents preached against, but perpetuated in their own home.

I was an extremely docile compliant submissive kid. I was to afraid of displeasing my parents to act out. I wanted to please them so badly, that I would do or say anything they wanted me too. Because of that I largely slid under the radar of the worst of my dads physical abuse and I tried to explain the abuse away as religious ideas of how to discipline. I always felt responsible for the ways my parents abused me, it was my own fault for not performing adequately. I also felt responsible when my siblings were abused. A good example of this is when one of my little sisters was being spanked for having potty training accidents again and again. Bruises started to collect on her legs, and I felt awful for her. I convinced my mom to let me take over her training and cleanup, and the whole project was handed over to me. Through parenting my sister I was able to protect her from further abuse. I felt so burdened for all of my siblings, and I still do.

After talking with my sister, I realized that I have still been trying to rationalize my parents’ abuses. Trying to find any excuse to explain it away, convince myself that they really were wonderful parents who were just misled by their beliefs. In actuality they were using classic techniques to cover their abuse. Their religious beliefs helped them to hide from their deficiencies. The abuse wasn’t exclusively because they subscribed to certain religious ideas, the religious ideas were an extension of their abuse! Through the religious ideas they could chalk up the abuse as the fault of their children. If the kids weren’t so sinful and disobedient, the house would be a calm and peaceful place. 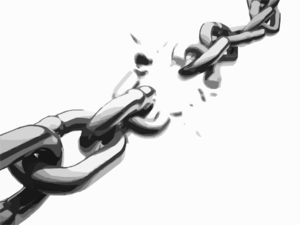 The other big breakthrough happened the same week. A good friend mentioned that her abusive mother would always tell her that “someday when she was an adult and a parent, she would understand why she did what she did”. My friend had always believed that the only reason things seemed bad to her was her own lack of understanding. Now as a parent of several young children herself, she still cannot justify the ways her mother abused her.

Wow! I have been doing the same exact thing. My mom has been telling me since childhood that “I don’t understand” and that I would someday when I was a mother. After I became a mother, she changed it to “someday I would understand, when I had older children, or as many children as she did.”

Supposedly, there was no way I could grasp what really happened until I was “older”. I have been told over and over that everything I remember is seen through my own “filter” and therefore flawed. Or told “You were just a child, so you don’t really know what was going on, you can’t remember accurately”, they have even tried to tell me that being depressed or having food allergies has clouded my perception of things that happened in my teens, they protest that it was “never that bad.” In recent months my mom has gone down a new track of insisting that because she has “changed”, none of the stuff in the past really happened. If she supposedly wouldn’t do it today, there is no way she did it then.

I realized that I’ve been believing her,
living in fear of the day when I would suddenly “understand” and transform into an abusive parent,
just like them.

I am a mom now. (Whether my mom wants to acknowledge that or not.) I would never stand by and allow my husband to “discipline” my children the way my mom supported my Dad’s behaviour. As a mom, I would never say to my daughter “I hope we never have another child as disobedient and rebellious as you”. I would never punish my child for being tired or sad. I would never have spanked my teenagers, and I no longer spank my children at all. I will never expect the level of compliance and perfection they expected from me at such a young age. My mom was very used to playing “Good Cop” to my dad’s “Bad Cop”, and she wants to roll all the blame onto my dad, but in reality she was just as much a part of it as he was.

All this time, I thought the abuse was really because I was such a “bad” child, and that I would understand the way they treated me when I had difficult children of my own. But now I realize that I was a pretty dang good kid, and even if I hadn’t been, I was just that, A KID. No matter how difficult the child or the circumstances, there was no justifiable reason for them to treat me and my siblings the way they did. I thought the abuse stemmed from their religious beliefs, but the abuse would have existed outside of religion. They used their beliefs to justify their abuse. As a parent myself, I would sooner reject my religious beliefs than abuse my children the way my parents abused me.

When I confronted my parents about the abuse of the past, they tried to cover it up and explain it away just like they always have. Once again assigning the blame to my faulty actions, assuring me that I remember it incorrectly, and reminding me that I don’t “understand”. They did not acknowledge that they were wrong, they did not promise to get counselling or anger management classes. They told me that they were sorry “I felt that way”, told me that I was closed-minded to anything that wasn’t “my opinion” and continued to try and justify their behaviour. My Dad will not talk about any of it, and my Mom (in shame over past behaviour) continues to try to change the past and get me to “move on” (which is code for pretend it never happened and never mention about anything like it again). They don’t understand the freedom that comes from admitting wrong and working through what caused the problem in the first place.

I have been living in fear of the day that I would gain the certain amount of children, or a child with a “difficult” temperament and then I would become an abusive parent who “understood” where my parents were coming from. For the first time I realize, I do not have to be afraid. What my parents did was abuse, nothing can excuse that. Not religious beliefs, not difficult children, not an older more experienced perspective.
I am not going to become my parents, because I have already recognized the abuse for what it is, and I am determined not to repeat it. I’m not afraid to apologize when I’ve hurt someone. I am doing the work to deal with my past and the issues it has caused me, so that I don’t pass that legacy on to my own children.
I don’t have the power to change the past,
but I can change the future.
Previous Post

May 23, 2011 The Pastor's wife
Recent Comments
0 | Leave a Comment
"e"
Psycho Nautilus Untitled
"As a new mom, even if my daughter is a toddler now, weaning is really ..."
Lynn Toh Weaning my Tandem Nursed Toddler
"So, I came across this post for the first time today, two years after it ..."
Sheila Warner Finally Heard? The Duggar Aftermath
"Just wanted you to know that I keep checking occasionally for updates, and I hope ..."
William Burns Brave New Life: Part 7: The ..."
Browse Our Archives
Related posts from Permission to Live