I was homeschooled, but I don’t think I’m going to homeschool my children

I’ve written before about how most of the reasons my parents chose to homeschool have no appeal for me, and you’d think that would be the end of the topic. But in reality this is a question I continue to wrestle with. I can get so stressed even thinking about it, that I have to force myself to take breaks from researching and debating the various options for educating our children. I was always told that parents that really love their children would make the choice to homeschool. And I’ve heard enough of the anti-school stories from homeschool parents that I get fearful of my kids growing up to hate me because I dared to send them to such a terrible institution. I was homeschooled from day one, I have never been in a school environment. What if it really is as awful as I was told? How can I send my kids to something I have never experienced?

Here’s the thing, in an idealistic Utopian world, I believe that homeschooling is probably the best option for raising well rounded, healthy children who love learning. The problem is, I don’t think I’m capable of creating that utopia, actually I don’t think that many parents are able too. So I continue to wrestle with the education options, and this is some of my thought process.

I love being with my kids. I am committed to loving them unconditionally and being an encouragement in their lives. When I think about sending them to a school where they could possibly face teachers or peers that don’t like them, as well as negative critique ranging from academic performance to body image, it breaks my heart. Surely I could protect them from those things by keeping them at home?


Except, that isn’t true. My family homeschooled, and most of my siblings came out of it feeling sub-par and stupid from the critique of our parents. I and several of my sisters have terrible body image issues. Obviously, I could resolve to do it differently than my parents, but am I really going to be able to avoid every pitfall? I have my own issues, many from my upbringing that I am still working through. As a homeschooler I would be around my children 24/7, what are the odds that I mess up? Is it really healthy for any parent to control every aspect of their child’s life?

Maybe it’s because most of my good childhood memories involve hours of playing outside with siblings, but I get frustrated thinking about the length of a typical school day. If my kid isn’t getting home until 3 in the afternoon, and then still has homework assignments to complete, when will they get the free creative time to just be a kid and live outside in the mud? If school ended at noon, I don’t think I would hesitate. They could be done with academics, spend the rest of the day with their family being kids, sounds awesome to me.

I also worry about learning styles. My oldest child talks about school constantly. She has imaginary teachers that she wants to paint pictures for, she is very social and lives for the days that we have story time programs to participate in. She is also very task oriented. Give her something to do and she can buckle down and focus until she completes it. She is very high energy, but is pretty good at bottling it in until it’s appropriate to let it out.

My second child seems to be a different story so far. She has less energetic needs, but she daydreams, wanders around the house aimlessly, has to be told 40,000 times to do something before she remembers to do it. Has a hard time focusing to complete a task, gets frustrated by how long something is taking and gives up. How would she do in a school environment? Granted she is barely 3 years old, so I suppose she will grow and mature, but admittedly, some children seem to thrive more in the school setting than others. I worry that I would feel guilty about not homeschooling any of my children that didn’t spontaneously thrive in the school environment.

I love that school provides structure and community. Growing up, half the time we weren’t sure if we were going to do school that day or not, the schedules, expectations and even curriculum’s were always changing. School would be a very consistent part of their life, which I like. With my religious isolationist parents, homeschooling just exacerbated the lack of community. I love that my child would have access to team sports and drama opportunities. It was practically impossible to find stuff like that in the homeschool world.

As each child goes to school, the next child down gets more one on one attention. I really like this one. In my last homeschooling post, I mentioned the fact that younger kids can get lost in the shuffle. People thought I was talking about younger school age children being neglected because of middle school and older children demanding more attention, and they pointed out that as children get older a lot of their schoolwork is self-explanatory and independent. In actuality, I was talking about children too young for school. I think that babies, toddlers and preschool age children can easily be shuffled to the sidelines while the mom struggles to get through a school day. I would love for them to be able to get some of my focus as well.

I have been at home my entire life, as a child sometimes months went by without us leaving the house. Today, I can be pretty introverted and it takes a lot for me to get my butt out of the house. I would hate to repeat the same isolationist pattern I grew up with onto my own kids. I have been living the life of a stay at home mom for most of my life. I really need to break out of my loner default, and I feel that homeschooling would only make that process more challenging.

I dread the war. I don’t want to blur the lines between teacher and parent. I don’t want to fight over finishing a worksheet, or correcting their handwriting over and over. I don’t want to nag them forever to finish whatever project we are currently working on. I am already investing the time to teach them how to respect themselves and others, what behaviours are appropriate, and how to enjoy the little moments. It would be nice to let someone else teach them math equations I don’t understand and tell them that they misspelled a word. 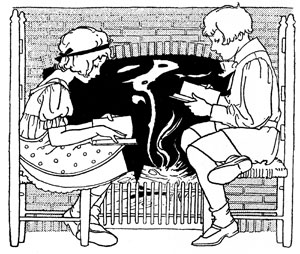 I stress about what to teach them. It scares me to death. I have no doubt that I could teach them reading, writing, basic math, cooking, and history. I was hardly taught any science or any math past grade school level, so that is a bit intimidating, but I’m sure I could learn it. The scary thing, is doing it all. What curriculum to use? What kind of approach to scheduling? Or what about the approach called “unschooling”?

When I watch “Jaywalking” on the tonight show, I am shocked by the level of ignorance people have about history. For example, Jay Leno showed people a picture of Abraham Lincoln giving the Gettysburg address with the Eiffel tower airbrushed into the background and people assumed that his speech had been given in Paris! There were also several people who said that Abraham Lincoln was president in the early 1900’s. As a homeschooler, I actually had very little formal history, but as an avid reader, I knew the answer to all the simple questions the show was asking. If I put my kids in school would they really learn anything? Surely I could give them a better education than those people got!

Except, I’m not sure that is true. If I had 3 children or less, or widely spaced children, I would feel more confident in trying to homeschool. But I have closely spaced children, and I would hate for school to get put off because of the general stress of the household. With each pregnancy I would have to struggle through my usual major nausea and then the limited mobility and tiredness. At nine months pregnant, I have a hard time keeping up with the house right now, I can’t imagine if I was trying to teach a half dozen children as well. Like in my family growing up, I worry that something or someone would be neglected. I love children, and I would rather be able to keep the large family option open, than stop having kids so I can homeschool.

I don’t want to sacrifice family health for the holy grail of homeschooling.
Previous Post

May 5, 2011 Financial reasons to not have children
Recent Comments
0 | Leave a Comment
"As a new mom, even if my daughter is a toddler now, weaning is really ..."
Lynn Toh Weaning my Tandem Nursed Toddler
"So, I came across this post for the first time today, two years after it ..."
Sheila Warner Finally Heard? The Duggar Aftermath
"Just wanted you to know that I keep checking occasionally for updates, and I hope ..."
William Burns Brave New Life: Part 7: The ..."
"> How does that make sense?It saves them lots of money."
Tim Locke How I lost my fear of ..."
Browse Our Archives
Related posts from Permission to Live