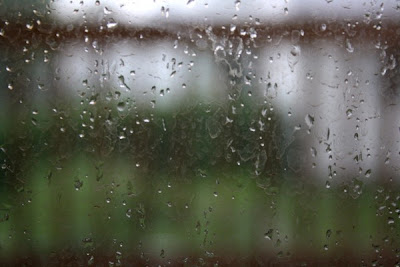 Since I started out married life and motherhood in a very unhealthy pattern of doing it all and never taking the time to care for myself, I take parental self-care seriously. This is still a huge area of struggle for me. Despite my writing about taking care of health needs, making space in your life for doing the things you like, and spending time and money on yourself, I often feel guilty when I do those things.

That said, I am miles ahead of where I was! I actually buy the supplements I need, I am going to a counsellor regularly, I don’t feel guilty for taking time to shower anymore, and despite long wakeful nights with restless babies I’ve managed to snatch an extra hour of sleep in the morning since my husband has begun to get up with the kids when they wake up early.

And so I want to write again about a different aspect of this critical Gentle Parenting Tool, Parental Self Care.

**************************
“As I have repeatedly stressed, it is not the trauma itself that is the source of illness but the unconscious, repressed, hopeless despair over not being allowed to give expression to what one has suffered and the fact that one in not allowed to show and is unable to experience feelings of rage, anger, humiliation, despair, helplessness, and sadness. This causes many people to commit suicide because life no longer seems worth living if they are totally unable to live out all these strong feelings that are part of their true self.” Alice Miller –For Your Own Good p.259

Until two years ago, I insisted that I had an ideal childhood. I refused to see the pain and anger I had bottled up inside over inflicted wounds and denied opportunity. I felt that if I acknowledged I had been hurt, I would be betraying my parents. I was not ready to say they were wrong. And so I passed on my pain to my kids. I had every intention of being a good parent, I loved my babies and I wanted them to have an amazing life. But as I look back at those first few years, I was living in a haze of depression. I struggled to connect with my kids, I was angry, I was tired. I punished my very small children for little infractions and misunderstandings. I tried so hard to explain away all the confusion in my head.

I see the same pattern in my parents. They loved their kids. They wanted to be good parents. I know for a fact that my Dad wanted to be a better father than his dad. Even though my Dad has never talked about his childhood experience other than to say that it was “fine”, there were some changes that he took seriously. For example: My Grandfather swears like the sailor he was once upon a time, but I have little recollection of my father swearing. One time, while Dad was playing a video game and lost, a swear word slipped out, and then the game was put away for awhile. While my Grandpa yells quite often, I rarely remember my Dad truly raising his voice. I believe that my Dad was trying to change those behaviours because he knows the damage they did to him as a child, and yet he refuses to actually feel those feelings. In fact he insists that he doesn’t have any feelings. My Dad prided himself on the fact that he was never “angry”. I can only imagine that he must have meant that he rarely lost control of his actions? Because the rage lurking under his grim exterior was very obvious to all of us kids. He rarely expressed it openly, but his intense mood swings, sarcasm and perfectionism were all huge indicators. 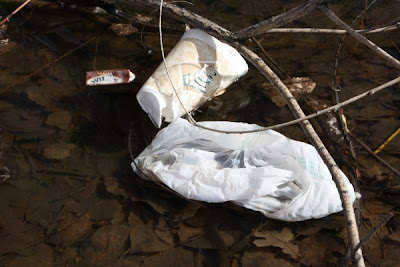 My dad wanted to be better than his dad, but in the end he was only able to change some surface behaviours, never getting to the core of the problem. The same issues manifested in his own parenting, just differently. I believe this is because he refuses to recognize his own pain and anger. It’s all part of the denial game, if we don’t talk about it, that makes it better. If we refuse to acknowledge it, then it never happened. But it did happen. Whether my dad wants to admit it or not, his childhood hurt.

I remember my grandpa whipping of his belt when he got angry with us grandkids. It was terrifying. He never caught me, but how many times did he catch the little boy who was my dad?

My grandpa loves to tell the story of when my Dad (as a young child) did not take out the garbage. When my Dad went to bed that night he found the garbage bag ripped open and spread out in his bed as punishment. Another story I’ve heard from my Grandpa over and over, is the time my dad grew his hair a bit longer when he was in 8th grade, the ends of his hair were over his ears and starting to brush his collar and my grandpa told him to get it cut before his school pictures were taken that year. When Dad came home with the school pictures, (uncut hair and all) my grandpa flew into a rage and picked up my Dad by his hair and threw him across the room. Then he ripped up the pictures and threw them in the garbage, it’s the only school year missing from my dad’s childhood album.

If these are the parenting moments that my Grandpa brags about, what are the moments that he is ashamed of? I may never know, because my Dad won’t acknowledge any of it. 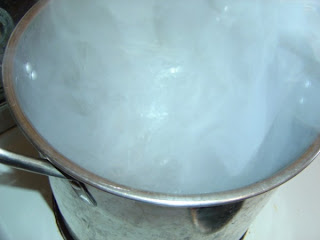 Emotional self-care, which may involve digging into your story, and feeling denied emotions for the first time may be scary. I know it was for me, and I tried as hard as I could to pretend that abuse in my background had never happened, or at the very least that none of it mattered. I told myself that I deserved it. I told myself that talking about it meant I was a wimp and a whiner. I told myself it could have been worse. I told myself that I needed to forgive and move on. And as long as I did those things, I crippled myself as a person, and I crippled myself as a parent. Experiencing the pain, and hurt and anger and sadness, and working through it, is healing me. I am finally free to be the parent I want to be. It is hard work to open your heart and feel all of that pain, but it is worth it.

“Genuine forgiveness does not deny the anger but faces it head-on. If I can feel outrage at the injustice I have suffered, can recognize my persecution as such, and can acknowledge and hate my persecutor for what he or she has done, only then will the way to forgiveness be open to me. Only if the history of abuse in earliest childhood can be uncovered will the repressed anger, rage, and hatred cease to be perpetuated. Instead, they will be transformed into sorrow and pain at the fact that things had to be that way. As a result of this pain, they will give way to genuine understanding, the understanding of an adult who has now gained insight into his or her parent’s childhood and finally liberated from his own hatred, can experience genuine , mature sympathy. Such forgiveness cannot be coerced by rules and commandments; it is experienced as a form of grace and appears spontaneously when a repressed (because forbidden) hatred no longer poisons the soul.
The sun does not need to be told to shine. When the clouds part, it simply shines. But it would be a mistake to say that the clouds are not in the way if they are indeed there. If an adult has been fortunate enough to get back to the sources of the specific injustice he suffered in his childhood and experience it on a conscious level, then in time he will realize on his own – preferably without the aid of any pedagogical or religious exhortations- that in most cases his parents did not torment of abuse him for their own pleasure or out of sheer strength and vitality but because they could not help it, since they were once victims themselves and thus believed in traditional methods of child-rearing.” Alice Miller – For Your Own Good p. 248
I’ve been asked for specific ideas and scenarios illustrating gentle discipline techniques, and that prompted the birth of my ongoing series on Gentle Parenting Tools where I will try to do just that. Stick around to hear about my process of trial and error as I continue to figure out what it means to be a gentle positive leader, and be sure to share your own breakthroughs and ideas and questions!
Previous Post

October 4, 2011 Am I an Atheist?
Recent Comments
0 | Leave a Comment
"As a new mom, even if my daughter is a toddler now, weaning is really ..."
Lynn Toh Weaning my Tandem Nursed Toddler
"So, I came across this post for the first time today, two years after it ..."
Sheila Warner Finally Heard? The Duggar Aftermath
"Just wanted you to know that I keep checking occasionally for updates, and I hope ..."
William Burns Brave New Life: Part 7: The ..."
"> How does that make sense?It saves them lots of money."
Tim Locke How I lost my fear of ..."
Browse Our Archives
Follow Us!