The “Shoulds” of Motherhood 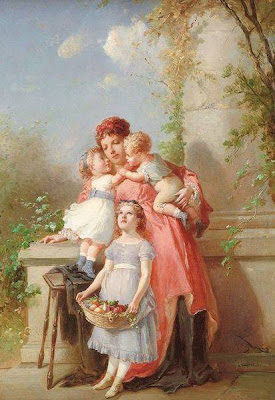 There is a reoccurring theme that I see in articles about motherhood that always makes me cringe. Many of them say something to this effect:

Motherhood is the most fulfilling, enthralling, special, exciting, wonderful thing you will ever do. Sacrifice everything about you, because nothing is as important as bringing up your children. Be an example of a mother who loves her kids in a world of people who see children as irrelevant worthless inconveniences.

I used to believe this line of reasoning. In many ways its true. Being a parent will change your world and sometimes it is enthralling and fulfilling, even exciting. But sometimes it’s not. And when it wasn’t, I felt incredibly ashamed. Over the short time I’ve been a parent I’ve begun to realize that while parenthood is an amazing part of your life, it is not everything.

First off, what about people who never become parents because of either choice or circumstance, are they never fulfilled? Is nothing they do as important as people who do have children? Also, I have never seen an article like this written for dads. Many of them will say that being a father is a wonderful amazing opportunity, and that good dads should spend time with their kids. But none of them seem to have the all-encompassing guilt-tripping language that the writing for mothers does. I haven’t ever seen article saying that a father should be completely fulfilled by only the parenting aspects of their life. I’ve never seen an article that says that fathers should sacrifice everything about themselves for their children, or they aren’t good fathers. Why the intense pressure on mothers?

There seems to be an incredible amount of “shoulds” attached to being a mother, but does the real day to day really feel like that? As time has gone on I’ve found that parenthood doesn’t always fit those shoulds, but I’ve also found that I don’t have to be ashamed of that. It’s OK to feel that parenthood is fulfilling, enthralling, special and wonderful. And it’s OK to feel that sometimes it isn’t.

I have had moments when I cuddle with my nursing baby and feel sleepily at peace, as if nothing could ruin this moment. I’ve marveled at how my body is so uniquely capable of producing such amazing nourishment, everything my baby needs to survive and thrive. I have been thankful that I can feed my baby anywhere anytime, because the means to feed them are literally attached to my body.

I have also cried from the pain when my milk lets down again into my already engorged breasts. I have fought the urge to scream when my baby demands to nurse for what seems like the millionth time that day (or night). I have gotten mastitis and been bedridden with fever and pain. I have wanted to pull my hair out when my toddler still preferred me over solid food, and still woke up at night to nurse.

I have had moments when I rock my baby in the middle of the night and I want it to last forever. I breath in their smell, my nose buried in their sweaty curls, their hand clutching my shirt. My heart catches when I think of them ever growing up, I want them to stay this way forever.

I have also had moments when I stagger out of my bed sobbing because the baby is awake and screaming again. When I pace the living room in delirium hoping against hope that sleep will come for this child again. I’ve had mornings where I wake up after a night that was anything but restfull and I wonder if I will ever know what a full nights sleep feels like again.

I’ve had times where I know exactly what to say to a tantruming toddler or I am thrilled by how strong the connection between me and my child is. I’ve had moments where everything I’ve studied about gentle discipline makes perfect sense, and moments where people exclaim over how well –behaved my children are.

I’ve also had times where I storm into my room and slam the door so I can scream into a pillow because I am sick of dealing with a demanding pre-schooler, times where I fall into bed at night and feel like I was not present enough or patient enough. I’ve had moments where I have no idea how to deal with a behavior problem, and moments where people scramble out of our way at the store and say things like “you have your hands full” over my child’s screaming.

And that is OK too, because I’ve come to realize that I DO have my hands full, parenting is hard work, this job is no picnic.

I’ve also had times where I would give anything to just have a break from it all. And days where I cry after they are all in bed and wonder if I am going to fail my kids despite my best efforts.

And none of that means that I am a bad person or a bad parent who doesn’t love my kids. It doesn’t mean that I don’t want to be a parent or that I am making children look like irrelevant worthless inconveniences.

Why do there seem to be so many of these types of articles out there, glorifying motherhood with misleading idealization, and causing shame among parents who just don’t feel fulfilled and exhilarated all the time, or even most of the time. I worry that all these articles do is make parenting harder than it already is, because they make parents feel like they will never be good enough, when most of the time, they already are good parents. Parents who sacrifice, parents who are caring and compassionate and involved. Parents who are gentle and try to be there for their children. Why can’t there be more articles saying “you are not alone”, “the kids will be OK”, “all parents are exhausted”. Why aren’t the articles offering good practical advice (instead of guilt-tripping perfectionism) the ones that get linked a million times on Pinterest?

Every person is amazing and has the potential to live a fulfilling wonderful life, whether they are a parent or not, whether they are happy every moment or not, whether they see having children as exhilarating or exhausting. The idea that to be a good mother you must sacrifice everything about yourself is a myth. You are valuable too. You deserve care too. You have interests and ideas and gifts and talents. You have so much to offer the world and your children, and that doesn’t involve giving up everything that makes you you.
Life is amazing and wonderful, and it is exhausting and terrifying.
When has your experience of life not fit the “shoulds”?
Previous Post

May 9, 2012 Seriously, You want to make this Soup
Recent Comments
0 | Leave a Comment
Browse Our Archives
Related posts from Permission to Live