Train up a child, in the way he should go 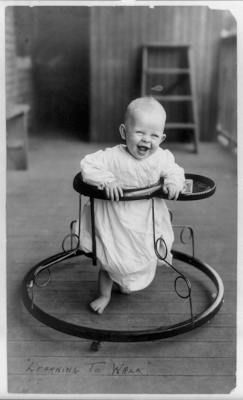 I remember a time some months ago, when 2 year old Ms Pooky was getting her leg stuck in the bars on the back of the kitchen chairs over and over. No matter how many times I helped her slide her ankle out from where it was wedged between the bars, a few minutes or hours later she would be standing on a chair singing to herself while she leaned over to color or play with play dough, and her foot would slip in-between the bars and slide to where it was stuck, at which point she would erupt in bloodcurdling screams until I came to coach her on how to get her foot loose. I tried to explain how her foot was getting stuck, demonstrated how she should slide her foot up slowly to get it out, and even suggested standing on a different chair, all to no avail. For a while she was getting stuck so frequently, I found myself becoming irritated with her. Why did she keep getting trapped over and over despite the painful experience and knowledge of how her foot got stuck there? Immediately I made the connection of where that mindset was coming from. It was tied to my old understanding of child training. The idea that administering pain whenever my child did something I did not want them to do would train them not to do it again.

As time has gone on since I quit spanking, I wonder more and more why I used to think that this worked. Yes, I got short term results when I was spanking my kids. But were they really putting together the pieces of why they shouldn’t do something? Or were they learning to avoid situations where mom would hit them?  My 2 year old was getting the same pain of having her ankle caught, from the same actions again and again, and yet it didn’t change her behaviour.  Whether she was too distracted to notice when her foot was getting trapped, or curious enough to try it again, or even just trying to get some attention from me a couple of times, eventually she stopped getting her foot stuck in the bars of the chair. But it took several weeks, and the pain didn’t seem to be a huge motivator for her stopping, she just seemed to grow out of it.
Pain didn’t train, at least not quickly.
In another example, my 5 year old loves going barefoot, but she is constantly coming inside with splinters, scrapes and this week even a bee sting on her foot. I have pointed out that wearing shoes would prevent most of these injuries, but she continues to run out the door barefoot almost every day, and even the days where she wears her sandals, I inevitably find them lying outside on the sidewalk later. The joy of being barefoot outweighs the risk of getting hurt feet. And that is her choice.
Again, pain doesn’t train.
And do I really want to use pain to train my children? As I’ve watched my 1 year old learn to walk and run and climb, it strikes me again. He falls, trips, bumps, and wipes out. But he gets up, and tries again. Every single one of my children has had that quality of determination. It’s incredible to watch.  I want him to have that power. Why would I use pain to consistently teach him that it is risky to try new things?
When a child knows they could get spanked for a particular thing, their choices change. Is the behaviour worth it? Is the taste of that stolen piece of candy worth the risk of getting spanked? Is sneaking outside to run in the sun worth the risk of getting spanked? Is enduring the spanking for whining worth the attention it gets you from your parent? So I ask again.
Does pain really train?
It is only when spanking is used as the only discipline measure (as many of the Christian parenting books teach) that there appears to be some sort of training. Then no matter what you do, you could be spanked. If you forget to do a task, you will be spanked. If you take too long to do a task, you will be spanked. If you do a task incorrectly, you will be spanked. If you speak up, roll your eyes, disagree, drag your feet, close a door too loudly, read the wrong book, say the wrong thing, walk the wrong way, wear the wrong clothes, you could be spanked. Only then (these authors proclaim) when spanking is used exclusively and consistently, does it seem to have any real power to train. And I think that in some ways, they are right. This is where pain does train. But I ask, what exactly does it train your children to believe? I think this is a question that a post from the ongoing series “Still Crying” answers intensely from experience.
Here is an excerpt:
If you want your children to see your anger as something to be afraid of, spank them.
If you want your children to sneak behind your back and keep things to themselves to avoid your anger, spank them.
If you want your children to hurt and berate themselves when they feel like they’ve let themselves down, spank them.
If you want your children to be fed lies like “this hurts me more than it hurts you”, spank them.
This sounds familiar. Spanking taught me to hide what I felt and thought. Spanking taught me that my mistakes made me deserving of physical harm. Spanking taught me that letting anyone down was not acceptable. Spanking taught me that it was never OK to be wrong.
I believe pain does train, but it trains dysfunction. I’ve seen it in my life, in how I was unable to feel or express emotion in healthy ways, in how I am still terrified of failure, in how I learned to do my best to please others. And I saw it in the behaviour of my children before we stopped spanking, how they expressed affection less, how they lied more, how they were afraid of being wrong.
So I ask again.
Does pain really train? And if it does, what exactly does it teach?
And is that really “the way your child should go?”
Previous Post 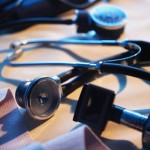 July 9, 2012
How I lost my fear of Universal Health Care
Next Post 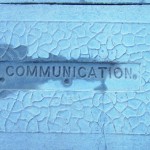