What the kids have been up to 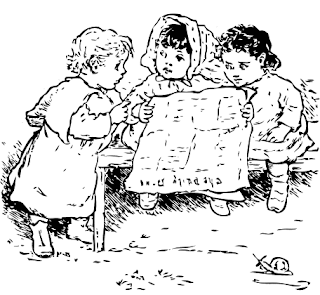 Ms Action 5 1/2:
“Mom, when I get big someday I am going to go to the dealership and get a Dodge Ram. They have really sweet engines, you should check them out. Then we could use it to haul stuff to the dump.”
Other cars on her list of vehicles to acquire include: GMC Sierra, Mini Cooper, Honda Civic, a snow plough attachment for her pick-ups, a Toyota Camry, and an Orange Chrysler Sebring Convertible. I had to look some of these up to figure out what she was talking about.
I was moping around on the computer and heard a suspicious clunk-splash noise coming from the bathroom, where Mr Punk is in the habit of flushing toys.  So instead of getting up I yelled “Hey! Did someone leave the bathroom door open again? Someone go see if the baby got in there!” To which Ms Action replied solemnly “Mom, that’s your job.” So true kid!
Ms Pooky skinned her knee and spent a good deal of time weeping and wailing while I explained that they used up all the band-aids for teddy bear owies and now there were none left for real owies. She seemed to be accepting this, and wandered off sniffling. I heard Ms Action clucking and fussing over her “O you poor thing, you have a hurt knee, lets find you a band-aid.”  I decided not to interfere since Ms Pooky can always use more sympathy, but a few minutes later she strutted out of the hallway with a wax strip placed directly over the owie! Luckily it came off without too much pain, leaving a coat of stickiness behind.
Ms Drama 4 1/2:
Ms Drama has quite a sense of adventure lately. At the park there is a circular bar that can be spun around, she can hang onto that thing forever while it goes around and around. She is also a first rate negotiator, always asking for something after bed, like a glass of water or “just 2 hours of snuggles mom” which is pretty hard to resist. She loves to bake with me, and after hearing that I do some baking for my job, she has been trying to convince me to take her along to work with me ever since. She has also recently discovered computer games at the library, and now she asks to play them at home as well. Her favorite is “Cooking with Caillou” the PBS kids website.
She really loves having me all to herself, and I think she is going to like when her older sister is in school for part of each day and it gets easier to do things together without another sibling. Her and Ms Action tend to be joined at the hip when they are home together.

She is a very perceptive child, she can tell what the mood is in the house, even if it is unspoken. She can usually pinpoint how people are feeling and she is not afraid to talk about it. Sometimes she surprises me with how spot on she is with her random interpretations of stuff in the news or just her observations of the politics of being a grown up.

Ms Pooky almost 3:
Still refuses to be potty trained. She loves to play a game called “Grumpy Old Troll” when we are at the park, which is based on the story of the Billy Goats Gruff. She crawls under something and orders someone to “be the billy goat” and stomp on top of whatever play structure she is underneath, and then she comes lumbering out saying in a deep voice “I’m the Grumpy Old Troll and I gonna come up and SCARE you” (Yes, I did edit the story a bit from “Eat you” to “Scare you”) and then you must persuade her to scare someone else. Sometimes she likes being the billy goat instead, but her decided favorite is the role of the troll, and if we are near anything that could be seen as a bridge of some kind, she will usually suggest the Grumpy Old Troll Game.
The other day I had just finished putting together a ham and bean soup with the help of Ms Pooky, after wards I sat down at the computer while Ms Pooky played on the floor next to me and the smells of the simmering soup filled the room. After a few minutes I was sure I was smelling parmesan cheese, but I dismissed it because that made no sense, there was no parmesan cheese in the soup. I continued surfing the web for a few more minutes while chatting with Ms Pooky, when I suddenly realized that she was shaking parmesan cheese all over the shoes inside the shoe bucket!
Mr Punk 1:
Mr Punk is still super snuggly, and lately has been booting people off my lap to make more room for himself. He and Ms Pooky have this game of running wildly around the house shrieking with laughter which is probably the most adorable thing I have ever seen.
He completely detests his bath. He has never liked it, but I thought he would grow out of it like his sister who didn’t like her bath. Instead he just seems to hate it even more. Whether I put him in the tub alone or with a sibling, with toys or without, it doesn’t seem to matter. I have even gotten in the tub with him and it didn’t help. I can’t remember him ever having a traumatic experience with water, but he seems to be afraid of it. Thus baths usually consist of me stripping him while he leans over the edge of the tub to splash the water with his hands excitedly, after he realizes I am actually going to put him in the tub he begins shrieking and climbing up my body. I put him in the water where he stands rigidly and screams while I wash him as fast as possible. Needless to say, he doesn’t get bathed as often as his sisters. Anybody have some tips for making bath time more peaceful?
Previous Post 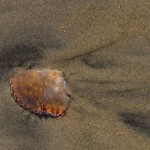 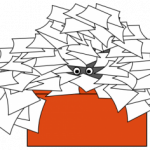 August 7, 2012 Say Hello to the New Digs
Recent Comments
0 | Leave a Comment
"As a new mom, even if my daughter is a toddler now, weaning is really ..."
Lynn Toh Weaning my Tandem Nursed Toddler
"So, I came across this post for the first time today, two years after it ..."
Sheila Warner Finally Heard? The Duggar Aftermath
"Just wanted you to know that I keep checking occasionally for updates, and I hope ..."
William Burns Brave New Life: Part 7: The ..."
"> How does that make sense?It saves them lots of money."
Tim Locke How I lost my fear of ..."
Browse Our Archives
Follow Us!