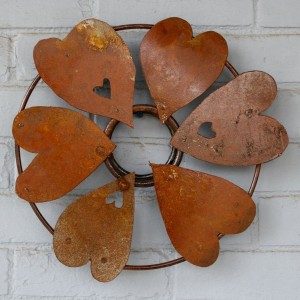 Every once in a while when I get a bunch of small posts that aren’t really big enough to be a post of their own, I do a hodge-podge post. So here’s the latest.

On the drive home from dropping people off in the morning.

Ms Drama: Mom do you looove the hair on your chin?

Ms Drama: You know, because it helps you win when you play video games.

This is what comes of saying things like “I barely squeaked by there! Won by the hair on my chinny-chin-chin!”

So I was at work doing dishes and my co-worker was on break. So I decided to call Haley and chat while I scrubbed. That was when my phone gave me the “emergency calls only” notification and refused to put through my call. I tried a couple more times with no success. I concluded that the snowstorm must be worse than I thought, maybe a cell tower was down, or maybe the city had shut down cell service because they had to have all the lines to keep up with the amount of emergency calls that were coming in.

For the next few days I would periodically check on my phone and it continued to tell me I had no service. Since I had paid the phone bill on time I started to suspect that something was wrong with my provider, but this happened in the middle of a week where I worked 7 nights straight, so I wasn’t able to go in to the store and find out what was going wrong. So I carried a phone that couldn’t make or receive calls for like 5 days.

One night when Haley and I should have been sleeping but instead were awake and whispering in bed again, I was complaining about my phone and Haley was like “well you should call in about it.” I was like “ I can’t! My phone doesn’t work!” And she said “ well, you could use my phone.” And I was like “ No, I need to go in and show them, on  the phone they always say stuff like “mam, do you have your phone turned on?” we snickered some more. “Yeah” said Haley, “the customer service people always assume you’re a complete idiot.” I thought for a minute. “Actually, now that I think about it I haven’t tried turning my phone off and then back on again, I wonder if that would fix it.” Haley: “Um yeah, you might want to try that.”

Sure enough, my phone is back to working normally again. Call it a rookie mistake, I’ve only had a cell phone for like 9 months.

In  my mission to accept every body, I have come upon a puzzling conundrum. My daughters don’t know yet that our culture thinks it is bad to be fat. They call me snugly. They compliment my soft curves. My 4 year old laughs when she “beats” me in a race and declares that I am probably slower than her because my butt is so much bigger than hers.

The other morning while Ms Action was getting ready for school, she plopped onto the floor and leaned against my side. She said “I like it when Tina is in class, because then I get to sit by her and she is fat and soft like you.”  I immediately felt worried that my daughter might innocently call this child fat, and possibly hurt her feelings unintentionally.

I said something about how some people think that fat isn’t a good way to be, so it might not be a good idea to call people fat.  But it wasn’t making sense to me even as I said it,  and Ms Action seemed kind of incredulous and reacted in a “whatever mom” kind of way. On the one hand I’m thrilled that they don’t see some bodies as better than others, on the other hand, I’m not sure how to teach them to be kind and careful with their words. 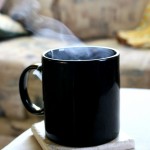 February 20, 2013 February in photos
Recent Comments
0 | Leave a Comment
"As a new mom, even if my daughter is a toddler now, weaning is really ..."
Lynn Toh Weaning my Tandem Nursed Toddler
"So, I came across this post for the first time today, two years after it ..."
Sheila Warner Finally Heard? The Duggar Aftermath
"Just wanted you to know that I keep checking occasionally for updates, and I hope ..."
William Burns Brave New Life: Part 7: The ..."
"> How does that make sense?It saves them lots of money."
Tim Locke How I lost my fear of ..."
Browse Our Archives
get the latest from
Nonreligious
Sign up for our newsletter
POPULAR AT PATHEOS Nonreligious
1

'Satanic' school head, pictured with a...
The Freethinker
Related posts from Permission to Live