It was the first time I said anything but positive things about the way I was raised. I remember being surprised that so many people responded with compassion and encouragement, I had been bracing myself for people to tell me I was being ungrateful and exaggerating, as had been my experience when I had questioned anything in the past. It was shortly after this that I spoke to my parents about what had been harmful to me in childhood, in the hopes that things would be different for my siblings. Realizing that I did not have to pretend I was perfect, and that I could possibly be good enough, was a huge breakthrough moment for me. 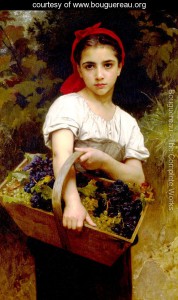 d, I never drank, I never did drugs. I never went out alone. I didn’t hang out with bad friends, actually I had no friends to hang out with. I wore dresses only. I did not flirt. I never had sex. In fact, my husband was the first man I ever held hands with, much less kissed. I was at home most of the time. I helped dress younger siblings, I changed diapers, I cleaned, I helped siblings with home school. I cooked most of the dinners for my family.

Sometimes I worked so much around the home during the day, I had a hard time keeping up with my own schoolwork.

I wasn’t the perfect teen. I was depressed for several years. I didn’t always have the best attitude, I tended to procrastinate. I loved to read, and I often got distracted by a great book. I talked back sometimes.

It was never good enough.

The rooms I cleaned were rarely up to par. My clothing choices were too revealing. There were always diapers that I hadn’t changed. My parents were “disappointed that my standards were so low” when I wanted to subscribe to a christian girls magazine. My creative attempts at writing were labeled disrespectful because my characters had faults. The dinner I had made would be on the table too late in the evening. I was always behind in my schoolwork and it was my laziness that was holding me back. I was fat. Next to my tiny mother and sisters I felt desperate to be smaller and I often felt disgusted with myself whenever I ate, knowing that I was going to gain weight. Whenever I disagreed, I was “disrespectful”. I was often told that I would be allowed to do other things I wanted to do, but only if I achieved perfection in what I was already responsible for.  I was often told that “the root of all my problems was love of self”.

I found myself wanting to do something truly bad to illustrate what a “disobedient” kid actually looked like. I contemplated killing myself, I even planned how I could do it. At least the blight in the family would be removed.

I remember telling my Dad that I just wanted to be encouraged, to have what I was already doing recognized. And he responded, “In the real world, you don’t get praised for doing the bare minimum”.

So I tried to do more. Over and over again, I would start over. I would write in my journal that “from now on” I would be perfect. I would keep up with everything, I would serve without ever complaining, I would read chapters upon chapters of my bible every day, I would have more self-control and eat less. I would obey my parents without question every time. When I told my parents about these “resolutions” they told me how happy they were that I was starting to mature, the high hopes they had for the woman that I would become someday, and that it sounded as though I was finally nearing a breakthrough in my faith walk since up until now I “had been a christian, just not a good one.”

But in the end, it never lasted. Nothing made a difference.

It was never good enough.

It is so frustrating when regardless of how much you do, or how hard you try, it is never good enough. It’s even worse when you keep telling yourself that you aren’t good enough. Because that’s what I did. Even when I was married, with my own family, living in my own home, I still wasn’t good enough. Now with the addition of each child came more and more days where I truly could only accomplish “the bare minimum”. Which meant turning on cartoons for my toddlers while I lay on the couch pregnant with my 3rd and tried not to puke again. No dinner, no laundry, no fun projects with the kids, no getting out of the house. I felt like a horrible wife and mother.

I often felt doomed from the start. What was the point of trying?

My husband told me over and over that I was enough. I wanted to believe him, but it couldn’t possibly be true. I knew I was failing everyone and he was just trying to be nice. For the first few years of our marriage I used to ask him if he wanted to have sex with me because he was attracted to me, or just because I was the only one he was morally allowed to have sex with and he was an honorable man. 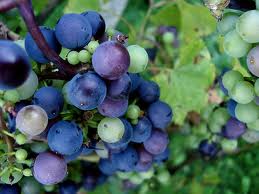 And now? I’m done. I’ve stopped trying to be perfect. I’m stopping myself every time I start to think that it could be better “if”. This process started when I was 18 and I purged my closet of all the size 6-8’s that I was hoping to fit my size ten body  into again. I remember feeling so free when I let that goal go, when I started eating what I what I needed to live instead of counting calories and feeling guilty for every bite I put in my mouth. It’s taken longer for some of the other area’s in my life. I still have a hard time ever feeling good about my housekeeping skills. Believing in my skills as a parent has been a journey. Believing my husband when he said he loved me took awhile. I still struggle to see myself as beautiful, but I’m working on it. 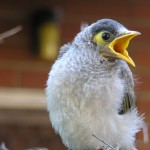 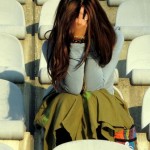 October 10, 2014 Re-Post: I'm Not Afraid Anymore
Recent Comments
1 Comment | Leave a Comment
Browse Our Archives
get the latest from
Nonreligious
Sign up for our newsletter
POPULAR AT PATHEOS Nonreligious
1