“The Bible” on the History Channel: Not the Absolute Train Wreck I Thought it Would Be

“The Bible” on the History Channel: Not the Absolute Train Wreck I Thought it Would Be March 4, 2013 Peter Enns 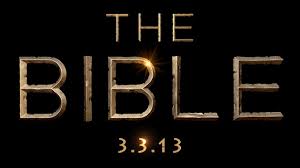 I’m not a big fan of seeing the Bible depicted in film. The biblical narratives have a lot holes in the storyline. To adapt the Bible to film, you have to invent dialogue, whole scenes, and compress other scenes to keep the story going.

The locus classicus for this sort of thing is the granddaddy of all Bible movies, C. B. DeMille’s “The Ten Commandments.” Half the movie is either entirely imaginative or taken from later creative sources like Philo, Josephus, and later Jewish literature (look at the opening credits next time you watch it). That’s how DeMille dragged out Moses’ early years in Egypt for about 2 hours when the Bible’s interest in this period lasts a few verses.

As a biblical scholar, dressing up the Bible annoys me, but I wasn’t surprised to see the first two hours of the 10-hour “The Bible” miniseries on the History Channel follow the Hollywood pattern of morphing, molding, shifting, inventing, exaggerating, and overacting the Bible to keep viewers tuned in. I can’t really hold it against them. Plus, what children’s Christmas pageant hasn’t done the same thing.

But having said that, watching the show didn’t leave me feeling defiled or quite as nauseous as I assumed it would. Actually, the most troubling part of the evening was the incessant Christianmingle.com commercials. God can’t seem to get around to putting a stop to hunger and war, but he has definitely taken the time of subcontracting out to a website the means by which you can find your perfect mate. But I digress.

If you can get beyond the absurdity of, say, a make-my-day Kung Fu style fight in Sodom, or Sarah running up Mt. Moriah to save Isaac, or Moses looking like a cross between Charles Manson and Mickey Rourke, or the so-called “angel of death” looking like the dementors from Harry Potter, you might be able to catch a glimmer or two of hope.

For one thing, I appreciated the attempt of the producers Roma Downey and Mark Burnett to portray an interconnected grand story rather than a series of disconnected “Bible stories.”

The show opened in the ark with Noah reciting the story of Genesis 1-4. Now, on the one hand, this is clearly a means of collapsing the story for time. On the other hand, connecting–if even far too subtly for most viewers–the stories of creation and the flood reflects precisely how these stories do in fact work together in the biblical narrative.

Properly understood, the flood story was meant to be seen an echo of the creation story in Genesis 1. The threatening waters kept at bay above the dome-like heavens allowing dry land to appear (Genesis 1) are brought crashing down upon the earth to cover up all land (flood story). The flood is not just a bad turn in the weather but God’s returning of his creation to is pre-creation state of chaos.  God “starts over” with Noah and his family as the new “first humans.”

Unfortunately, the show does not explore how Genesis 1 and the flood are also a preview of the exodus story. Moses as an infant is kept safe in a “basket,” which in Hebrew is the same word used for the ark in the Noah story, thus signaling to the readers that Moses, too, is a new beginning for God’s people, saved through water. Then, at the Red Sea, God once again divides the waters to let dry land appear, as he did in the creation story in Genesis 1. As God pushed back the waters to let habitable ground appear in Genesis 1, and as he subsided the waters to deliver Noah, he is now again providing dry ground for his people.

Oh well, you can’t have everything. I did like, though, how Abraham saw his move to Canaan as a “new beginning” for God’s people, which connects his story to Noah and creation in keeping with the biblical plot. Another subtle move to telling a grand narrative is dressing up one of the three visitors to Abraham in white Jesus-robes. I actually think it is a quite a distortion of the narrative to depict one of these visitors as the pre-incarnate Christ, but it did show me that the producers are thinking in terms of telling the large story of the Christian Bible as a whole.

I also liked how they did not refrain from showing some violence (complete with Kung Fu flying kicks and sword play that would make Mr. Miyagi proud). I wonder, though, whether this was an unflinching attempt to reflect the biblical narrative rather than smooth it over, or whether the producers are not so bothered by God’s violence.

Either way, I’d rather have it there than not, though I can see atheist academies playing these videos to indoctrinate their children against the horrors of Christianity.

A final ray of light was the faith struggle they depicted in Abraham and Sarah. Rather than portraying them as models of virtue, both characters were given the biblical depth they deserved–though here too I think things turned to the melodramatic now and then. Still, showing these characters are harboring serious doubt about God’s presence was a good touch.

At any rate, don’t get me wrong. There were some surprisingly positive moments, but all in all I am not excited about the series. This is not a “tell your non-Christian friends about it” moment. But neither was it the train wreck I was bracing myself for.

Does the Bible teach that women...
Determinetruth
Related posts from Peter Enns 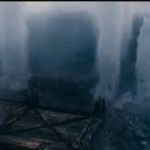 Evangelical
Q: What Do Roma Downey and Writers of...
Peter Enns
TRENDING AT PATHEOS Evangelical