Is God restricted by what the Bible says?

Today we feature another guest post by Carlos Bovell, a third in what we might begin calling a series on Yahweh’s “evolving” character in the Old Testament (see here and here, and his earlier posts on Scripture here). His most recent book is Rehabilitating Inerrancy in a Culture of Fear

is classified by Robert Yarbrough as a “shift story” (in his contribution to Do Historical Matters Matter to Faith, an edited volume aimed at critiquing Sparks’s book). A shift story is presented as an account of a biblical scholar changing his/her view of scripture over time.

According to Yarbrough, biblical scholars have basically two incompatible bibliological positions to choose from: one that 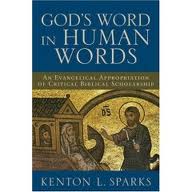 acknowledges “the results of biblical criticism” and another that accepts “the high view of Scripture upheld by Christian scholars over the centuries” (329). He claims that Sparks’s book is an example of the former, going “from a high view of Scripture’s veracity to a reduced one” (331), “from greater affirmation of Scripture’s truthfulness to lesser” (334). By virtue of Yarbrough’s stark contrasts, one would be forgiven for concluding that he thinks a “high view” (i.e., inerrancy) is a sine qua non of faith.

Are there really only two bibliological positions available to believers who are involved in biblical studies? To say the least, Yarbrough’s rhetoric tends toward oversimplification. His essay is a good illustration of the polarizing ideology that conservatives like to use.

I think Nicholas Wolterstorff did a great service for evangelicals when he drew attention to this common, inerrantist strategy in his book, Divine Discourse: Philosophical Reflections on the Claim that God Speaks. Wolterstorff begins by observing that in order to make sense of the Psalms, believers—and it doesn’t matter whether they have Yarbrough’s “high” view of scripture or not—understand that God is not the one lamenting in the psalms of lament. If God is speaking through these psalms, therefore, it must be by appropriating them for other purposes than the ones the human authors had in mind.

Yarbrough, however, would force one to choose between the results of biblical criticism and the trustworthiness of scripture. But there is no compulsion to choose. The results of biblical criticism can be accepted as interpretation of what the human authors were saying, which leaves the task of discerning what God “says” to a more synthetic theological and hermeneutical discussion. 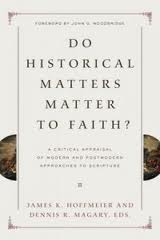 In other words, all readers who are believers make exceptions for biblical texts that attribute to God false and unloving speech. The difference is that inerrantists protect God by protecting the human authors.  Non-inerrantists don’t see a theological reason to do this since what the human authors say is not always the same thing as what God is saying.

So, let’s tie this all back to our recent posts on Mark Smith’s historical research on the early history of Yahweh. There is evidence that the biblical picture of Yahweh was updated late in post-exilic times by priest-scribes. Does accepting that this happened mean that we are succumbing to a shift story?

Not necessarily. From a hermeneutical standpoint, it only means that in this area of biblical studies the human authors might be saying something different from what God is saying. What God “says” he says through appropriation.

The natural inerrantist response is to do what John Oswalt does in The Bible among the Myths: Unique Revelation or Just Ancient Literature?

He asserts that a straightforward reading of the OT as history is “the biblical explanation” and that “Smith’s explanations for the way in which the Yahwism of the Bible arose simply have too many unanswered questions in them” (184). Oswalt is trying to protect the biblical authors from “false and unloving speech” by insisting that priest-scribes did not update Yahweh: it was the Israelite perspective “from the beginning” (97).

Another way forward—a more fruitful way, I might add—would be to remain genuinely open to Smith’s evidence suggesting

that Yahweh was updated by post-exilic priest-scribes while remaining confident that this research does not attribute to God false speech. Much rather, God appropriated Israelite propaganda for the purposes of revealing himself to the Israelites and the world. Thus God was (and is) speaking in the OT but not “saying” exactly what the biblical writers say.

Yarbrough’s main concern is that “a ‘believing criticism’ [what Sparks embraces] as such will do [little] more for us than adulterate the ‘believing’ that is necessary to keep discerning, rigorous thought from devolving into apostasy” (340). On one level, this is an understandable pastoral concern. But we should also remind ourselves that how we use the exceptional principle is not an indication of whether we trust God. In the present case, it is an attempt to interact fairly and honestly with the evidence irrespective of what it indicates about the human authors of scripture. What we conclude about the human authors will not impugn God.

As a part of the cultural world and literature of the ANE, we have a responsibility before God to “assimilate the useful methods and reasonably assured results of biblical criticism to a healthy Christian faith” (Sparks, 356).

Showing the Bible to be human and accepting the extent to which it is human does not in and of itself constitute a shift from belief to unbelief as Yarbrough would have us believe. The shift could also be one that moves from faith to faith, i.e., from a faith in scripture as the ground for our salvation to one that trusts in God as surety for our faith.

Evangelical
does an inerrantist culture "do good or do...
Peter Enns
TRENDING AT PATHEOS Evangelical