Greg Boyd on doubt and the Christian life–it’s unavoidable, biblical, and healthy

Today’s post is an interview with Greg Boyd over his most recent book Benefit of the Doubt: Breaking the Idol of Certainty

. It was pleasure to read and I think many people will be helped by his approach—and I don’t mind saying he and I are on the same page on the heart of the matter (e.g., here, here, here, here, and here).

Readers should expect from the book far more than Boyd’s take on doubt. I saw here a far-ranging book that casts a vision for the Christian life in general—doubt serving as something of an irritant to bring a good many things to the surface. It’s one of those books that needed to be written, and Boyd, as a pastor and trained biblical scholar, pulls it off.

How is doubt a benefit?

Many today assume that doubt is the enemy of faith–as though a person’s strength is as strong as they are free of doubt. I argue that this common model of faith today is neither biblical nor healthy.

A biblical model of faith isn’t about trying to feel certain about your beliefs but being willing to commit to living a certain way despite the fact that you’re not certain.

When we embrace a biblical model of faith, we no longer need to squelch doubt. To the contrary, we will find that doubt can sometimes prove beneficial in helping us grow spiritually and in keeping us honest in our relationship with God and others.

So doubt is a normal part of Christian faith and life?

Yes. Unfortunately, however, because many have bought into the unbiblical idea that a person’s faith is as strong as they are free of doubt, to pressure to suppress doubt and to act and speak as if they were certain is considerable.

If you happen to belong to a community of people who act and speak this way, it’s easy to feel like an “outsider” and to even be treated like an “outsider” if you dare to admit your doubt. In reality, it is simply impossible to be certain about most important matters of life. Every significant decision we make in life is shrouded in uncertainty.  It’s part of what it means to be a finite and fallen human being, and its arrogant, foolish, and idolatrous to pretend otherwise.

Now we are getting to a major point in your book, your criticism of “certainty-seeking faith,” which you claim causes spiritual damage and is the root of most of the negative things non-believers associate with conservative Christianity. Can you explain what you mean?

“Certain-seeking faith” is what results when people assume that a person’s faith is as strong as they are free of doubt and that this kind of “strong” faith pleases God. This is an unhealthy model of faith because (1) it reduces faith to a psychological gimmick in which people try to convince themselves that their beliefs are true beyond what the evidence warrants, and (2) it presupposes an ugly, petty mental picture of God as One who leverages people’s eternal welfare on their ability to successfully engage in this psychological gimmickry.

The certainty-seeking model of faith is also inherently irrational, and therefore tends to drive away thoughtful people who have perfectly reasonable doubts while rewarding people who either lack the concern or the curiosity to question their beliefs by making them feel like they have “strong” faith.

Those caught in this unhealthy model will also tend to become narrow-minded and insulate themselves from further learning, for honestly trying to see things from other peoples’ point of view might lead them to question their faith, and on the certainty-seeking model of faith, this means they could potentially jeopardize their “salvation. “

How is Job as a model of biblical faith, as you explain in your book?

Despite God’s earlier rebuking of Job for speaking out of ignorance (chs. 38-41), such as Job accusing God of being a ruthless adversary who tortured him for his own amusement

The answer, I believe, is that the word “right” in Hebrew (koon) has the connotation of being straight or in alignment with some standard.  What God was commending Job for was not how accurately he spoke, for his words at times bordered on blasphemy.  He was rather commending Job for how honestly – how “straight” — he had spoken.

Whereas Job’s friends spoke out of their fear and in self-serving ways, as religious people frequently do, Job spoke straight from his gut. And it was this kind of faith that ultimately vindicated the character of God against Satan, whose challenge in chapter 1 of this book had led to Job’s ordeal in the first place.

Explain the distinction you make between “faith” and “belief.”

“Belief “ is an opinion about something or someone, while “faith” is a willingness to commit to a course of action on the basis of our belief.

Salvation is rather like entering into a marriage-like, covenantal relationship with God through Jesus Christ by exercising “faith” (James 2:18-26). Whereas one might measure beliefs in terms of how certain or uncertain a person feels, the measure of “faith” is simply about how faithful a person is in living out the covenantal relationship they have with the Lord.

Sadly, many today think that people are “saved” simply because they espouse certain beliefs, apart from any consideration of how they live.  This is why research demonstrates that the vast majority of Americans admit to believing in Jesus (and a host of other Christian things) while also demonstrating that this belief has very little impact on how they actually live.

It also explains why so many mistakenly think God is impressed with our level of certainty over our beliefs, when in fact the only thing that means anything to God is how faithful his people are living in relationship with him, regardless of the level of certainty they have, or don’t have.

You advise people to believe in the Bible because they believe in Jesus, not the other way around. What do you mean by this, and why do you feel it is important?

For example, as most freshmen taking a course in “The Bible as Literature” at a secular University learn, the historical accuracy of some biblical stories are questioned by many scholars, and its hard to deny that the Bible contains some apparent contradictions and some material that seems to fly in the face of modern science.

I argue that if we structured our faith the way the earliest Christians did, these problems with the Bible would pose no threat to our confidence in Jesus being Lord and even to our confidence that the Bible is the inspired Word of God.  The reason these problems destroy the faith of so many today — as it did my own faith for a while —  is because evangelicals today don’t structure their faith the way they earliest Christians did.

The earliest disciples didn’t believe in Jesus because their scripture (the OT) proved to them that he was the Son of God.  They were rather convinced by Jesus’ claims, his unique life of love, his distinctive authority, his unprecedented miracles, his self-sacrificial death, and especially his resurrection.  Once they believed in Jesus, they looked for him and found him in their scripture. But they never would have been convinced that Jesus was Lord had they started with scripture alone.

Unfortunately, most evangelicals today are taught to do the opposite.  They base their faith in Jesus’ Lordship (as well as everything else) on their belief that the Bible is the inspired Word of God. This is “unfortunate” because this way of structuring our faith leverages everything on the perfection of this book, forcing the Bible to carry more weight than it was ever meant to carry. Every single problem people find with scripture now threatens to undermine their faith.

A “cookbook” model assumes everything in the Bible is equally authoritative—like when you read a cookbook, it doesn’t matter where you find the recipe you’re looking for. The location of the recipe is irrelevant to its meaning.

Things are very different when you read a detective novel, for example.  For in a detective novel, things that mean nothing early on may take on great significance by what transpires later on. The story gets reframed as riddles get solved and further clues are unveiled as the story unfolds.  It’s important for us to realize that the Bible is an unfolding story, and not entirely unlike a detective novel.  As the story of God’s interactions with his people unfolds,  we learn more and more what kind of God we’re dealing with and what his plans are for humanity.  And the story culminates, in an extremely surprising way, in Jesus Christ.

On the one hand, Jesus fulfills all the promises made in the Old Testament, which is why Paul says that all God’s promises are “Amen” in Christ (2 Cor. 1:19-20). Yet, he 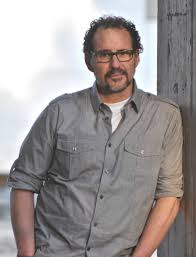 fulfills these promises in a way that hardly anyone saw coming. For example, no one expected the Messiah to come as a humble servant, to inaugurate a kingdom that transcended all national boundaries, to command people to love their enemies rather than to conquer them, to allow himself to get crucified at the hands of his enemies, and to then rise again on the third day!  So the Bible is an unfolding story with a remarkably surprising twist in the last chapter!

In fact, I submit that the story of God that we find in the Bible is a lot like the movie “The Sixth Sense” or “The Book of Eli,” in which the last minute of the movie reframes the entire movie.  When Jesus shows up, everything that preceded him gets reframed and must be re-read in light of what he reveals about God and God’s expectations of his people.

What this means for us is that, to understand the Bible correctly, we must read it like the story book that it is, and we must read all of it in light of its surprise ending.

As I show in Benefit of the Doubt, acquiring this perspective on the Bible allows us to begin to make sense of some of the more offense parts of the OT (such as the portrait of God commanding genocide) while freeing us to not stumble over many of the things people today stumble over (such as minor discrepancies or historical inaccuracies found in Scripture).