Bill Nye vs. Ken Ham: giving credibility to nonsense (or, walking into an apologetic war machine) 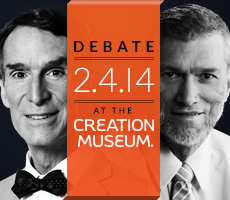 Bill Nye will be debating Ken Ham in a week’s time–inexplicably, on Ham’s home turf, where he controls the terms and the crowd.

Nye is either going to get destroyed by Ken Ham or at least grow extremely frustrated with Ham’s tactics.

Nye seems to think he is walking into a debate of some sort over science, and that presenting the data will, if not prove victorious, at least put a dent into Ham’s armor.

It won’t. Nye is strolling into a well-tuned, battle-tested, apologetic war machine.

Nye and Ham won’t even be able to agree on what the data are, what science is, and what it means to interpret evidence. Ham will make sure of that.

This is a debate over worldviews, and they get nasty quickly and go nowhere.

Ham is a master of crowd manipulation, with a long and documented track record of interpreting his opponents in the worst possible light, twisting data and logic, and other passive-aggressive debate tactics (praise God).

Ham can’t and won’t give one square inch on his science because if he does his finely tuned worldview will crumble to the ground–a worldview that includes deeply held (and erroneous) views of God and the Bible.

No one who thinks he has a handle on reality as Ham feels he does is actually capable of debate. Such types only lecture, declare, and prophesy.

Ham needs his theology just the way it is in order to maintain his strong grip on his understanding of reality. His theology requires a science that supports biblical literalism. Failure in this regard is not an option for Ham.

If Nye wants to debate, he’s got a week to study theology and hermeneutics so he can address Ham’s unexamined and faulty premises that allow him to handle science as he does.

Nye is clear that he has no delusions of convincing Ham. The debate presumably is aimed at dissuading those who listen to Ham. That may work, for a small number who are already questioning Ham’s agenda, and that alone may be worth the effort.

That being said, this debate strikes me not simply as a general waste of time, but a win-win for Ham.

Ham is an immovable force. He will not in any conceivable universe “lose” the debate, and simply being debated by Nye will give Ham credibility in the eyes of those who might otherwise have successfully navigated past Ham’s treacherous port and found a true and living faith elsewhere.

The ideal opponent, if a debate were unavoidable, would be (1) a theistic evolutionist, who (2) doesn’t lose his/her cool, but (3) isn’t above giving hard punches to the gut, and who (4) knows his/her way around theology, hermeneutics, and the history of Christian thought to expose to a larger crowd was is self-evident to most everyone else:

Ham is not capable of true debate, and his views are not worth debating to begin with. 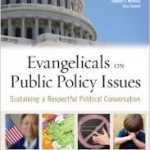 January 22, 2014
A Hope for Evangelicals and Civil Political Discourse (interview with Harold Heie)
Next Post 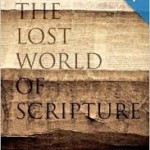 Evangelical
What I think about NOMA (not the ex-Red...
Peter Enns
TRENDING AT PATHEOS Evangelical